Fake news: What it is, how it fools us 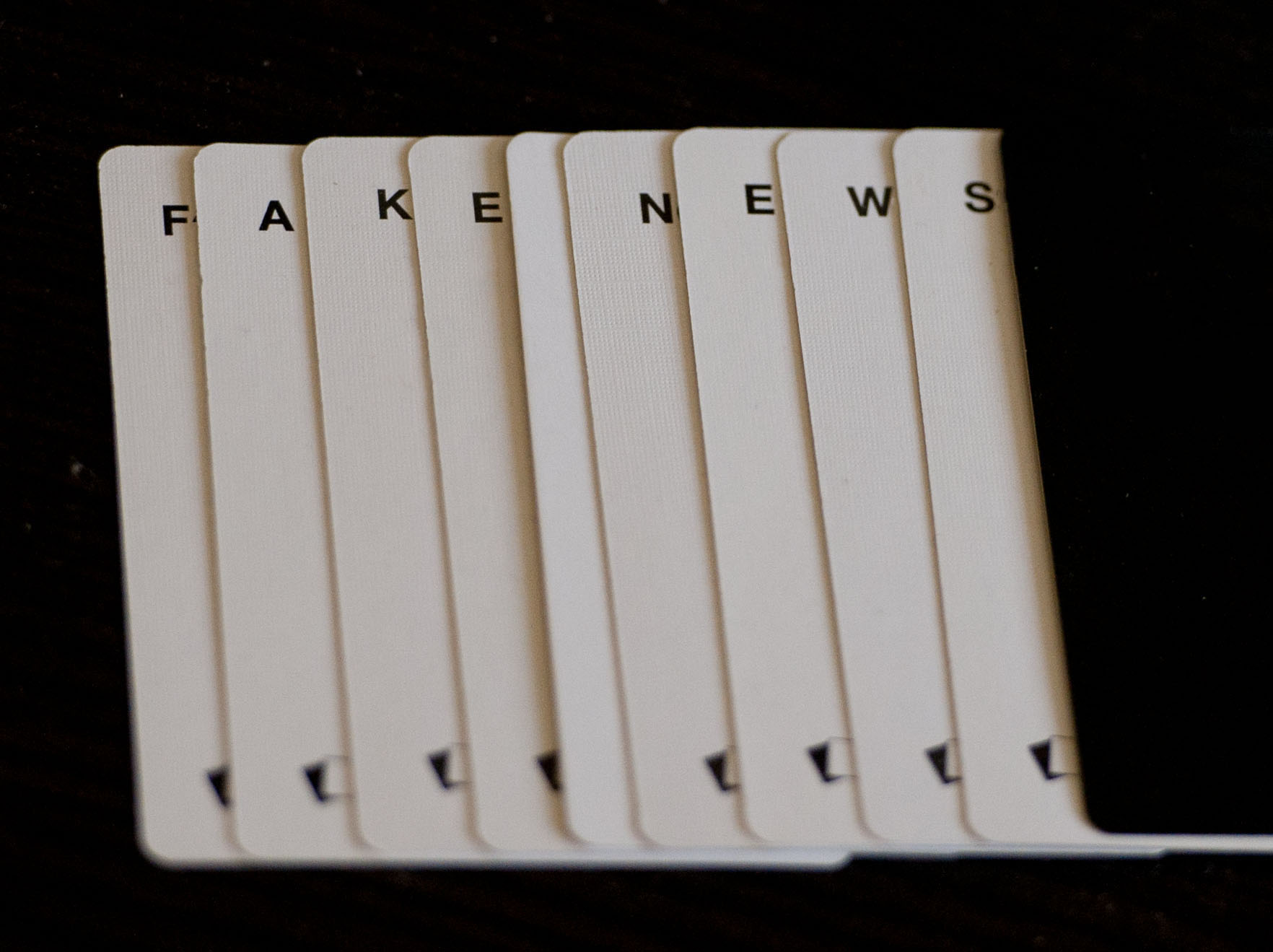 Fake news is all around us online and in the news. The public may easily believe the fake news they read because of different techniques used to fool them. Photo by Tianna Major.

Fake news is all around the web and social media platforms, and websites can make it easy for viewers to be fooled.

Fake news is news that has been published and is either misreported or falsified to make someone or something look bad. Dixie State University professors point out certain psychological tactics and algorithms used to lead people to believe fake news.

Mark LaVoie, assistant professor of media studies, said, “If you have fake news on a website that looks legitimate … people will assume that it’s real.”

Fake news can also fool people through confirmation bias, which is when people have the tendency to favor information that falls in line with their own beliefs.

LaVoie said confirmation bias plays two different roles: when a writer is publishing fake news because the news goes along with the writer’s beliefs, and when the viewers believe the fake news they read because it’s something they agree with.

“With the confirmation bias we tend to want to say, ‘I already believe this thing, so because I believe it, I’m more likely to want to believe this fake news,’” LaVoie said.

Melissa Anderson, Community Education Channel public information producer, said fake news is created when the writer takes part of a quote said by a source and writes it next to another quote to change the meaning. When a writer does this, it gives a different answer to a question the reporter asked; therefore, readers are getting different messages.

Anderson said people will “use one quote next to something that they were answering in a completely different question; that’s wrong, and I’ve seen that done in the national media I don’t know how many times lately.”

Social media has increased fake news as well. According to an NBC News article, MIT’s Soroush Vosoughi “found that false news stories were 70 percent more likely to be retweeted than true stories were.”

The article stated that people on social media report stories that are false because they sound more surprising.

According to NBC News, “Congress and the FBI are investigating evidence that Russian and other foreign users deliberately flooded social media with untrue reports and posts intended to mislead people about political candidates.”

Anderson said people on camera can also spread wrong information if you’re not careful. Anderson said after filming for CEC, she always double checks the facts.

She said, “You put a camera in someone’s face and they might give you incorrect information, so I try to verify that before I put it up.”

Fact-checking is a way to ensure what you’re looking at is real news. A Dixie Sun News article by Sydney Berenyi states, “It is so important that students get multiple perspectives of the same news story to identify what is real and fake.”

Jyl Hall, director of public relations, said when reading articles people should ask if an article is too good to be true. She said it’s the reader’s job to fact-check the news they are taking in.

“We have a responsibility to think logically about the stories [and] to think about what’s not being said in the story,” Hall said.

According to the Dixie Sun News article by Berenyi, evaluating stories through critical thinking prevents people from falling for fake news.

LaVoie said, “When you don’t fact-check, my assumption is that you’re going to repeat the things that you hear, and in doing so, you spread falsehoods.”