DSU community discusses why watching debates is beneficial for students 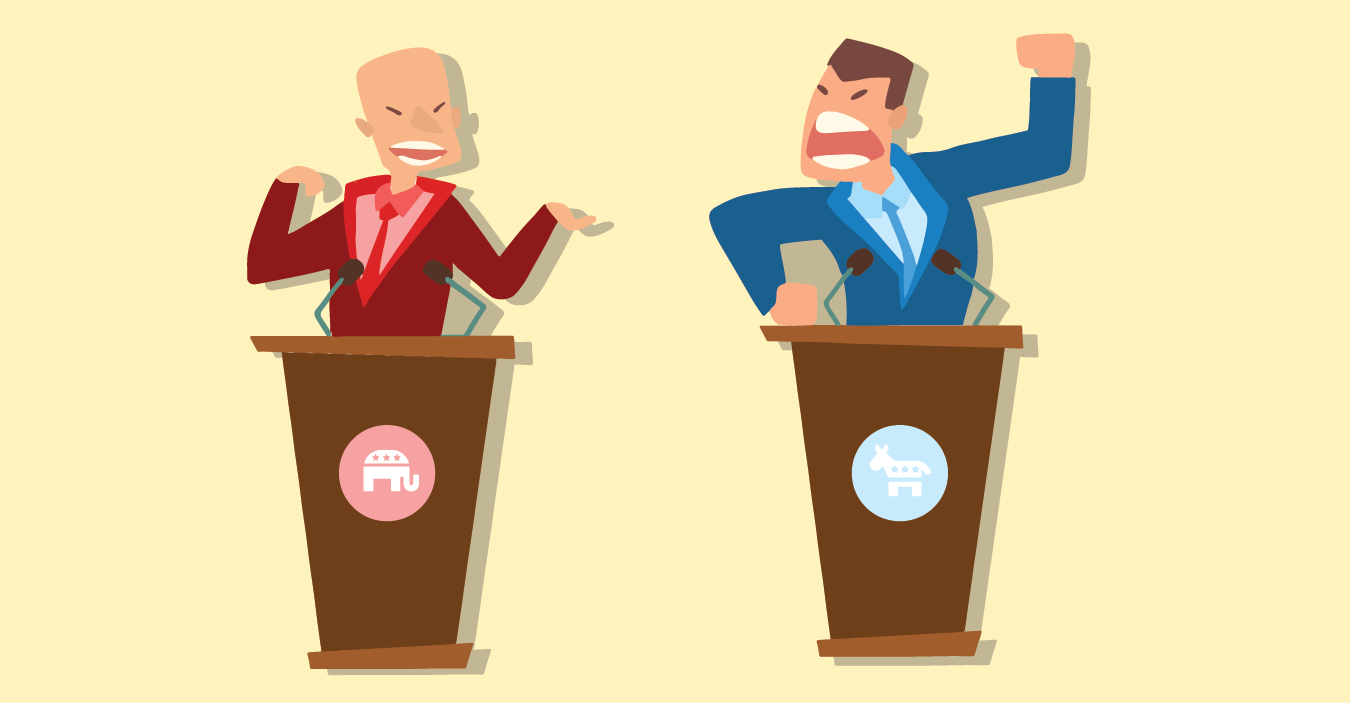 Presidential debates are a hot topic right now, and watching them can be difficult because of the high intensity and snide remarks, but the Dixie State University community has tips to help with that situation.

As a student, you may be thinking “this really won’t affect me, and I can just vote in the next one when I’ll be more affected,” but college costs and healthcare were discussed in the first 2020 presidential debate on Sept. 29, which is just as crucial a topic for students as anyone else.

One DSU student was able to watch the vice presidential debate in person, and said he has been paying attention to politics his whole life.

Caelen Williams, a junior marketing major from St. George, said he was able to gain an even greater understanding of his own political views and beliefs from watching the latest debate.

“When I was there, I really had to sit and say, ‘What do I really think?’” Williams said.

Williams said the experience was enlightening but also intimidating for him as a student.

“I kept thinking about how to not embarrass myself,” Williams said.

Williams said it was his first time being a student at such a large and televised event. He said he had to get tested for COVID-19 beforehand, and he was shuttled on a bus with similar passengers to the venue itself.

Williams said conducting your own research on the topics and candidates is a way to better prepare yourself to watch the debates, which is what he did. It’s important to watch the debates to form your own opinions separate from that of family and friends about what candidate or party to vote for, he said.

This doesn’t mean the issues and topics discussed will stop or that more questions won’t come up for each side. As students, it’s imperative to look into topics such as economy, health care and education to see where it may lead and what kind of effect it has on the future, Williams said.

Vince Brown, director of the Institute of ​Politics, said the number one excuse students express to him for not voting is that they believe they “don’t know enough.” With media coverage reaching far and wide, there are ways to find information through forums such as Instagram, Facebook, Twitter and YouTube in short spurts.

“Students live the issues every day and [watching debates is] an opportunity to directly hear from the candidates,” Brown said.

Brown said participation is what legitimizes democracy. With so much going on in the news, not participating would be the same as pretending nothing will change if your vote isn’t there. Others will simply make the decision for you.

Alumna Raelie Madrid, who interned at the Utah State Capitol during her time at DSU, now works as the House District 75 legislative chair and helps students get involved in politics and understand the need for them. Though no longer a student, Madrid said she still participates in politics and has found her niche in them.

Those who haven’t registered to vote yet can visit vote.gov.