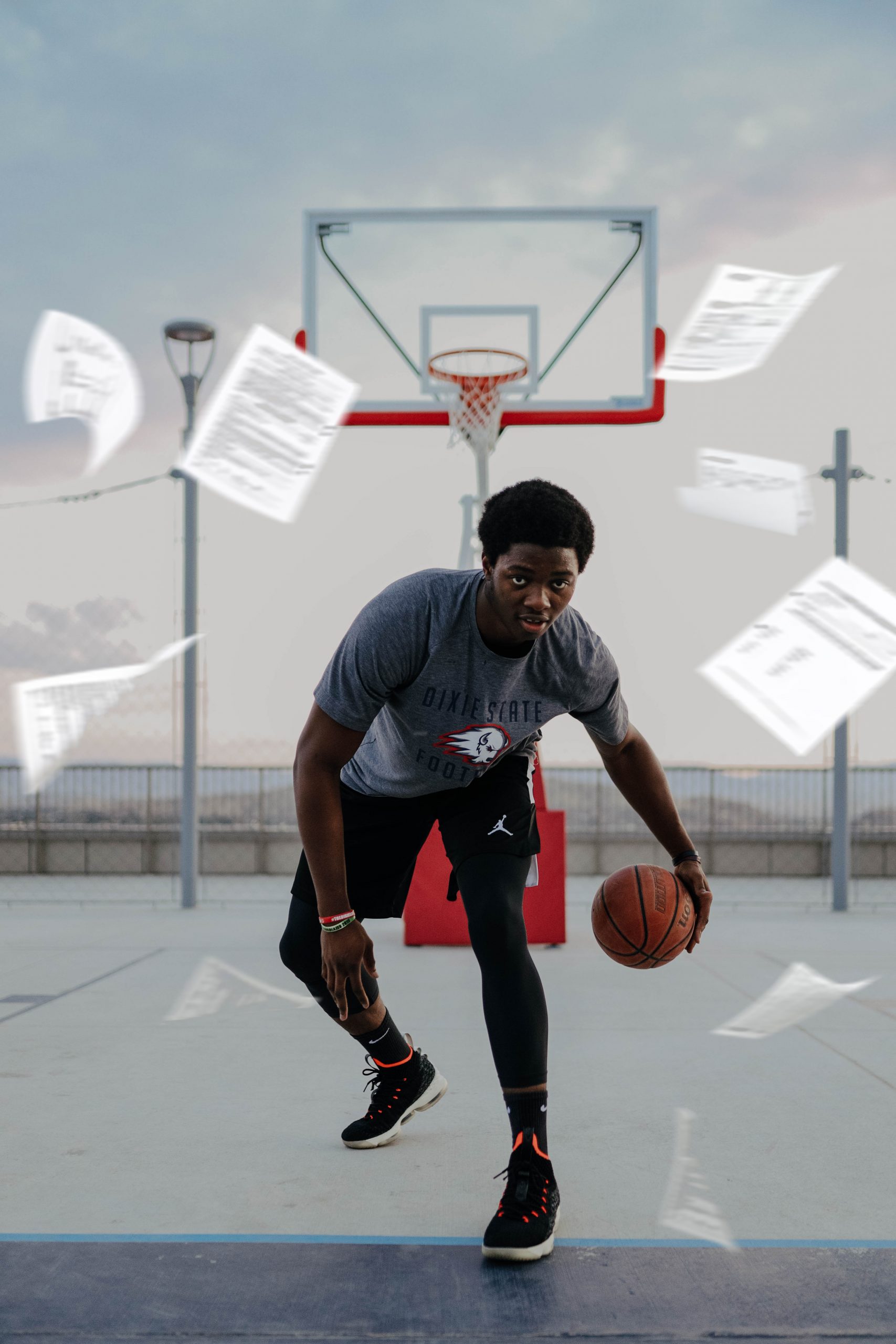 Sports play a valuable role in many students’ college lives. Brock Doman says we shouldn’t forget how important education is for a successful future, though. Photo by Misha Mosiichuk.

Millions of kids around the world grew up with dreams to become professional athletes. The NBA, NFL and NWSL have taken over the dreams and goals young kids have; however, how realistic is this dream? Even if the goal gets shortened to becoming a collegiate athlete, how many individuals even make it that far? The biggest question then comes to, if you make it that far, so what? You played college basketball, then what did that do for you? The more important success an individual can have is success in the classroom.

There are 1,696 NFL players, 450 NBA players, 1,026 Major League Baseball players, and 716 Major League Soccer players. That totals to 3,888 professional athletic “jobs” available for male kids throughout the world to fill once they become old enough. However, there were over 1,085,783 doctors of medicine in the United States in 2020. That provides a 2,798% better chance that you can become a doctor as opposed to a male professional athlete, and a doctor is just one of the possible professions.

I don’t mean to kill any dreams, or to say athletics aren’t important. Being a former collegiate football player, I know the values and morals I learned playing football were isolated lessons I couldn’t have learned anywhere else. These lessons were great, but what did it do for me? I didn’t make it to the NFL, and the hours on end of training to play football have basically been for nothing.

As I look back, I wish I would have spent more time in the classroom brushing up on my studying skills as opposed to getting another lift in. I understand that I can’t speak for everyone, but the numbers and statistics can.

Succeeding in the classroom is far more important, as it sets you up for the rest of your life. College sports may be fun, and possibly even pay for a college education, but it most likely won’t influence your life after the four years of university are up. Doing well academically sets up the opportunity to provide for yourself and a possible family later on in life.

There is too much attention and focus devoted to athletics. As the nation is currently in a stand-still due to COVID-19, it feels as if there are more people wondering about who is going to win the 2020 NBA finals instead of who is going to create the vaccine to stop the worldwide pandemic.

“Doing well in sports was, in the U.S, just as important as having good grades,” said one German foreign exchange student after spending his time here studying.

The focus needs to be shifted. We need to focus more on becoming smarter, better learners and thinkers than worrying about becoming stronger, faster and more athletic. If we were to devote the same amount of attention we do on sports to academics, we would be a brighter nation.