Sydney Johnson accomplishes personal goals off court, is star on it 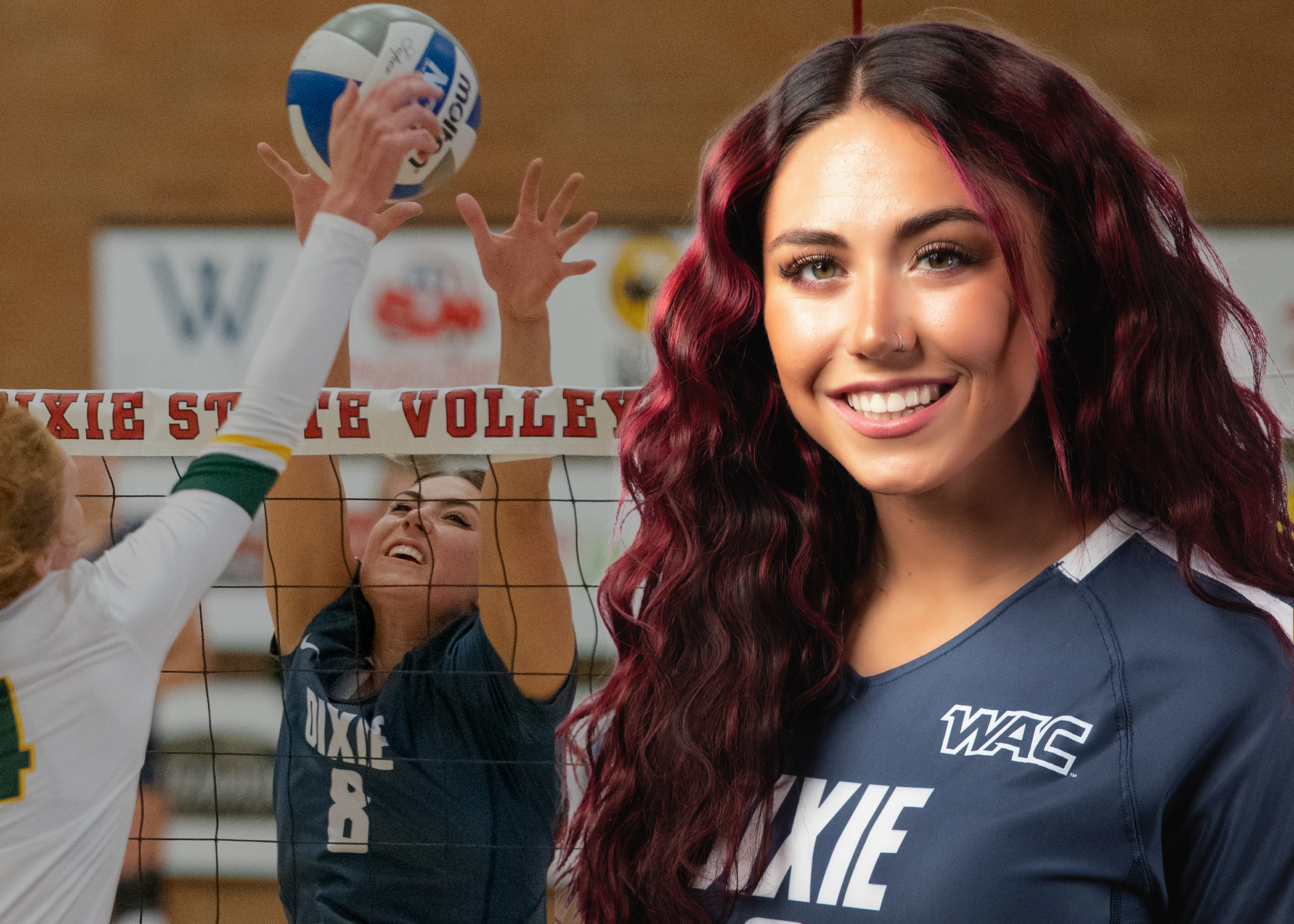 Sydney Johnson, a senior business administration major from Spokane, Washington, juggles her sports responsibilities along with her off-the-field projects. Head coach Robyn Felder said, “[Johnson] was one where I watched her for the first time, and I knew she was exactly what I was looking for.” Photo courtesy of DSU athletics department.

DSU volleyball player Sydney Johnson, a senior business administration major from Spokane, Washington, is the definition of “drive” and “grind.” Needless to say, Johnson has a lot on her plate.

“[Johnson] doesn’t just tackle tiny off-the-court projects, she tackles massive, life changing projects, and then does five of them all at the same time,” head coach Robyn Felder said. “She’s a strong woman that’s focused on her future and what she wants.”

With Spokane being over 1,000 miles away from DSU, coming to St. George for college wasn’t always Johnson’s first choice. In high school, Johnson played club volleyball for a coach who was also an international recruiter, which helped put Johnson on the recruiting map.

“I’m slightly undersized as a player, so getting my name out there and sending my film to pretty much every Division I and Division II school on the West Coast is what I had to do,” Johnson said.

Regardless of her size, Johnson stuck out to Felder early on in the recruiting process in high school.

“[Johnson] was one where I watched her for the first time, and I knew she was exactly what I was looking for,” Felder said.

Johnson decided to accept a scholarship offer at the beginning of her high school junior year.

“It was kind of scary to commit to a school so early that I didn’t really know,” Johnson said. “I didn’t really know where DSU was, but [DSU] had more positives than negatives; it was a leap of faith signing with them, but it felt right.”

As Johnson became more familiarized with DSU and its volleyball program, she learned she’d be a perfect fit.

“I really liked how the program was structured on working hard,” Johnson said. “’Out work, out talk, out hustle’ was the mantra when I came in, and that aligned with how I was as a player.”

Not only does Johnson do her best to be driven in what she does, her teammates are able to recognize this along with her competitive attitude she brings.

“The way [Johnson] plays and how she impacts the team motivates everyone to play on her level and competitiveness,” said Hannah Howard, a freshman general studies major from Bountiful. “She does a really good job of motivating others and makes every practice competitive.”

As Johnson has had success at DSU on the court, she has also put in time to be successful off the court. Last season, Johnson was awarded the RMAC honor roll and graduated from cosmetology school.

In 2019, Johnson tallied 117 kills for the Trailblazers and 76 digs. None of this came easy for her, as she endured long days and nights.

“From 5 a.m. – 11 p.m. every day was pretty rough,” Johnson said. “I kind of overloaded my plate, but I dedicated myself to all of it, and it forced me to be successful because the only time you have allotted in the day is to getting stuff done.”

Johnson looks to be a leader for the DSU volleyball team this year as the Trailblazers are hopeful to begin their season this upcoming spring.