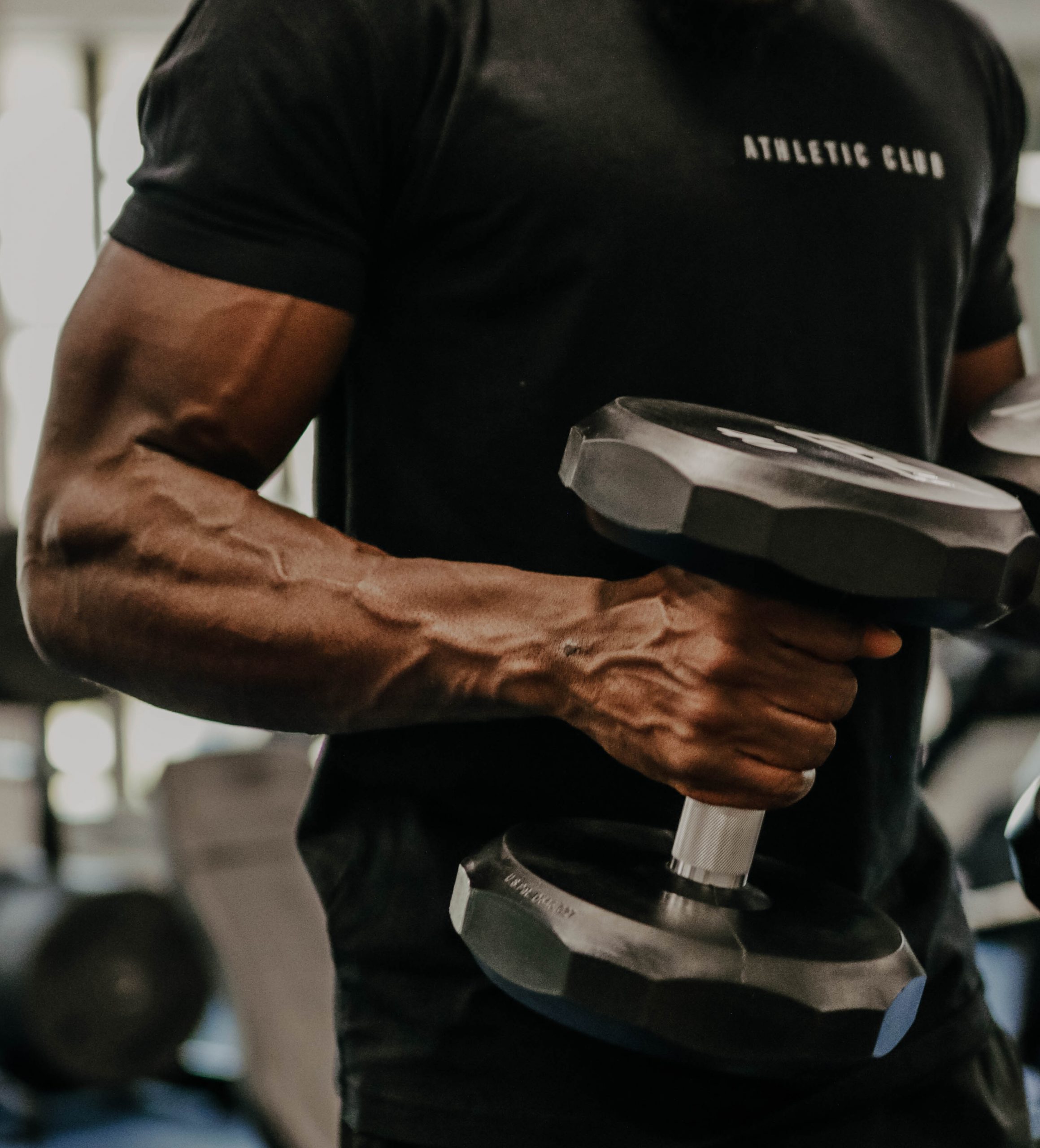 The weight rooms remain open for athletes to continue strength and conditioning. The coaches are bringing positive attitudes to the weight room to help athletes get better and keep moving forward. Photo by Misha Mosiichuk.

Since it’s the “offseason” for sports, Dixie State University Athletics can use this time to stay fit and healthy by using the weight room; however, the postponement of fall sports leads to challenges for the strength and conditioning coaches.

Timmons said: “Our staff didn’t go up [and] our facilities didn’t get bigger, and so linguistically it took us probably exchanging emails with coaches and meetings with each other. It took us a couple of weeks of laying down different possible schedules and trying to make them work and getting the coaches to be on board with that.”

Due to the pandemic, the weight room hours and conditioning sessions are different because the teams need to be spread out and socially distant.

Timmons said a normal day without a pandemic would be having the bulk of teams coming into the weight room in the morning. He said one team would be on one side of the weight room and another team on the other side, then keep that system going for other teams as time passes by.

“Normally, it would be much more condensed in the morning with actual weight room workouts, which would give us a lot more availability to do other stuff with the teams,” Timmons said. “But we are still sprinkling them in here and there.”

Donovan Marshall, a strength and conditioning coach, said since his teams don’t workout until the afternoon, he’s there to help Timmons or fellow coach Quinn Dilworth check athletes in, check for symptoms, and clean and disinfect the weight room. He said because Timmons’ and Dilworth’s schedules are clumped together, they feel rushed with the waves of athletes coming in to workout.

Timmons said despite football making up 25% of DSU Athletics, no team is being emphasized over another, every coach is happy with their schedule, and the team coaches are on the same page with the strength and conditioning coaches. He said during this time of year football would normally work out two to three times a week, but now it’s four times a week.

“Because of that, my job was to make sure that our spring sports don’t get shorted of their normal time, and luckily we didn’t have to cut any team’s workouts to accommodate the other teams,” Timmons said.

Dilworth said the key roles for strength and conditioning coaches during these uncertain times are to keep a positive attitude every single day, to help athletes understand what they need to do to become better, and to keep going after it.

On the other hand, Timmons said he wants to focus on the short-term role of assessing where the teams are physically and mentally to be able to flip that switch and get right back into the grind they were in before COVID-19 hit.

Timmons said: “I think in the short term it’s our role because we’re the one constant. Games get canceled, practices have been canceled, schedules are adjusted, but the one constant is the weight room has been staying open. So, we’ve got to try to be that constant for the athletes and then at the same time try to assess where they’re at and attack their needs in any way possible.”