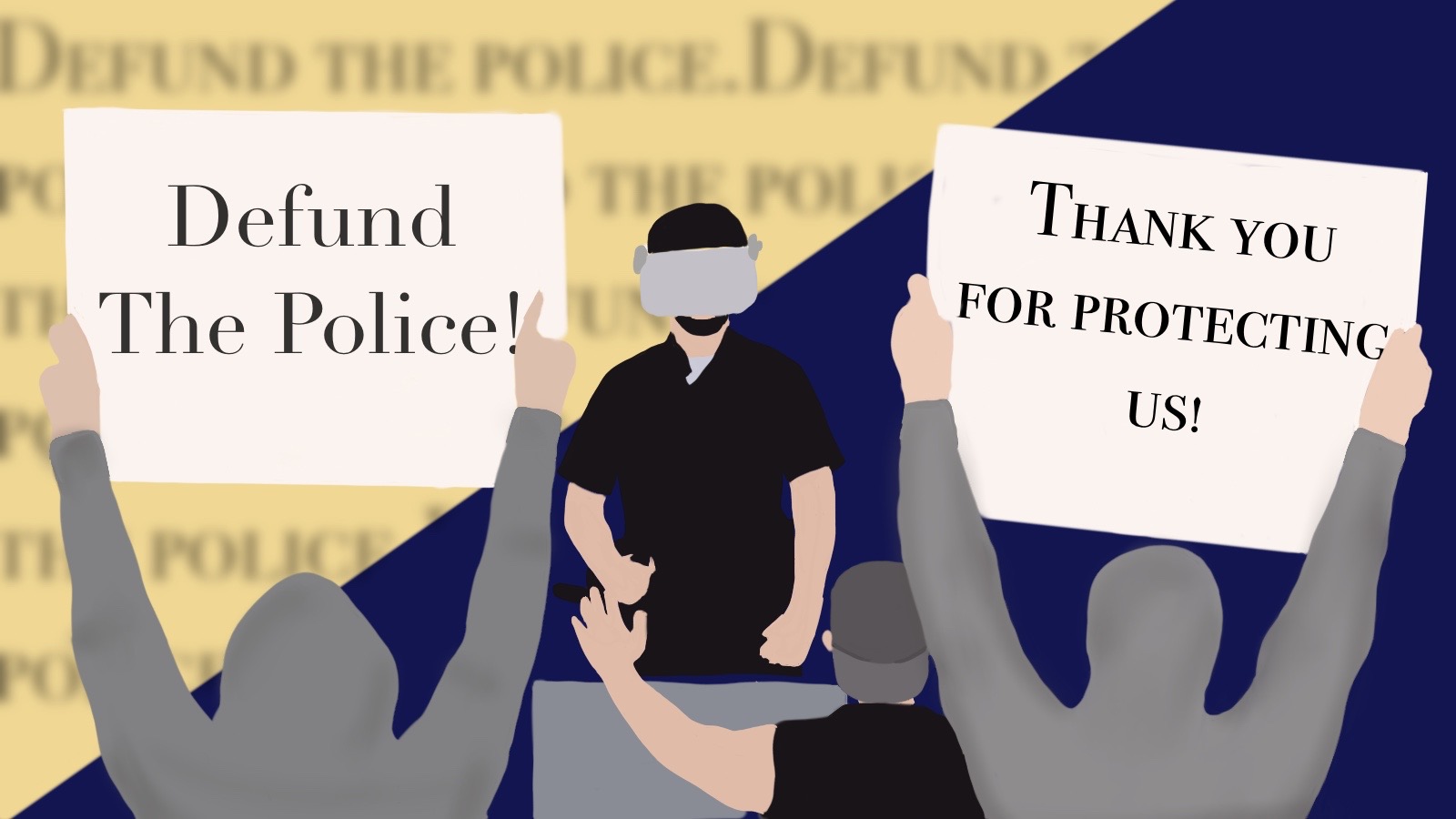 Defunding the police departments has been a national topic over the past few months, but at the same time the first people you call when you’re in danger are the police. Hannah Hickman says violence toward police officers as a whole in retaliation toward other police officers’ bad actions is not okay. Graphic by Breanna Biorato.

It has been so easy for us to cry injustice whenever we feel wronged, and we don’t stop to assess a situation. After the death of George Floyd, riots occurred and things quickly spiraled out of control. I am no way in favor of how police officers reacted in the case of Floyd or Breonna Taylor, but people have been using these tragic events as justification to burn down police precincts and physically assault our police officers on numerous occasions, many of which have tragically left our police officers dead.

How can we expect to have law and order when we are trying to tear down the very entity meant to protect this ideal? The answer is we can’t. We can’t live in a world where there are no police. Police officers have protected our rights even during protests against them.

One of our fundamental rights as American citizens is the act to peaceably assemble. On numerous occasions, police have protected people who have protested against them. In fact, many officers have taken a knee alongside people and they are still being persecuted.

A CNN article stated, “Officers have shown solidarity with the movement by hugging protesters, praying with them, mourning with them, and taking a knee to honor Floyd.”

Police officers are outraged by the actions taken with Floyd and they still have a job to go out and protect our right as American citizens to peacefully protest. Police officers still show up to protect businesses from rioters and they do it all while having insults and physical objects hurled their way.

According to an article from The Sun, NYPD officers were attacked on a bridge by pipe-wielding protestors.

Without police officers, crime rates are going to continue to rise. Murder rates in the U.S. have risen by 14.8% between January and June. If we defund our police, many more would suffer.

While it is easy for those in positions of authority to abuse their power, we need to take a step back and realize one person’s actions do not justify the violent acts of an entire group of people. It makes me sick to my stomach to read articles and watch TV to see people are cheering in the streets when a police officer is attacked for being on patrol. The New York Post posted a video of a police officer being attacked by rioters and looters, and the crowd cheered as the officer was injured.

People who are advocating for the harm of police officers are a problem. You can not support a justified cause and turn to violence as a means of getting your point across. Violence is never going to be resolved with more violence.

In an interview on Fox News, an African-American Detroit police chief spoke out against the violence toward officers and pointed out how if someone is against the movement for defunding the police, they are then targeted.

St. George was listed as one of the safest cities in the U.S. If we start to fall into the trend of attacking our police officers, our safe city has the potential to be attacked too.

We need to start bringing awareness to the violent crimes against police officers in the hope of reducing officer deaths. If we come together to address a situation peacefully we have more of a chance at resolving it rather than acting in violence.