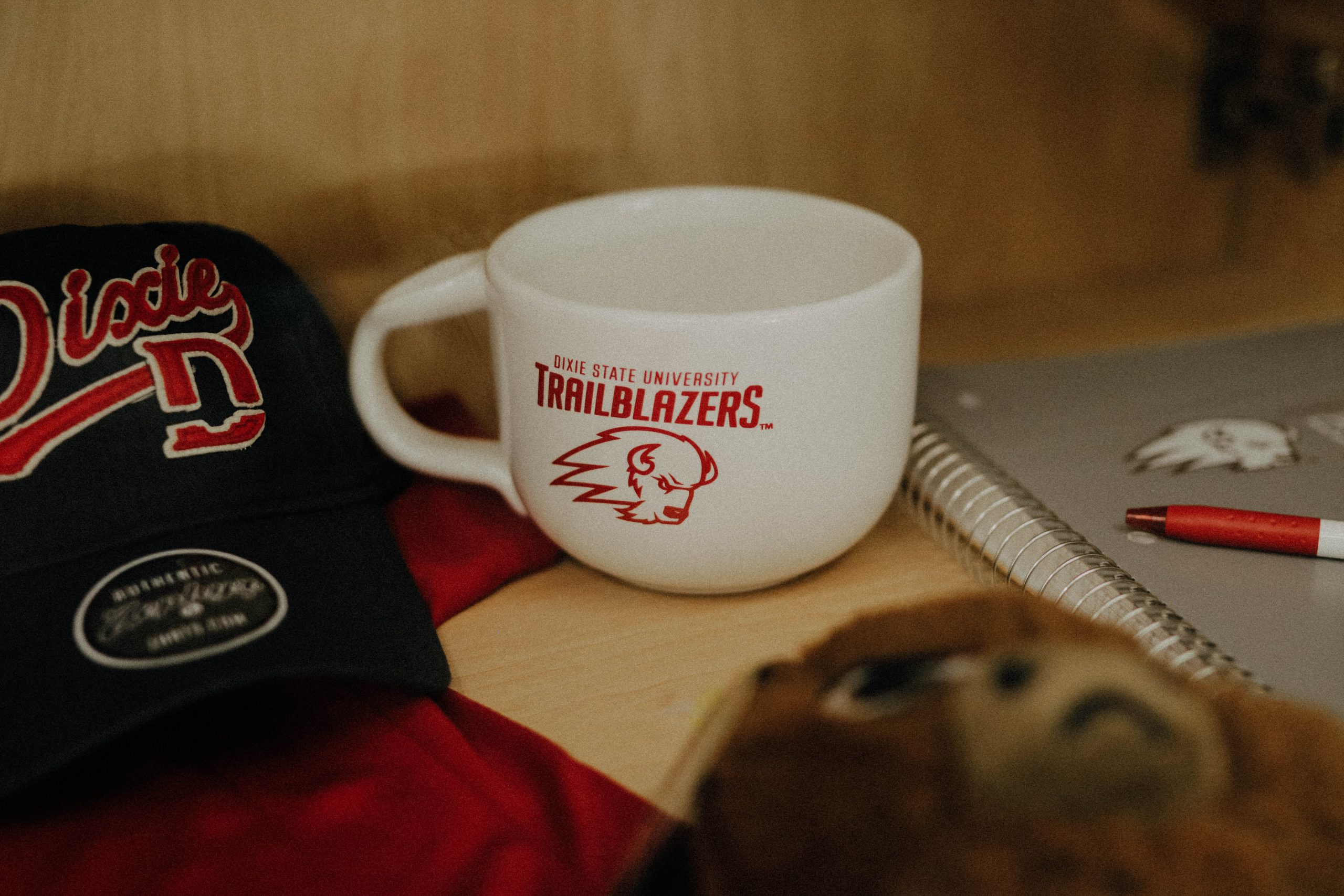 "Dixie" memorabilia has been sold throughout the years of rebranding of mascots and name changes. The university still has several steps to go through before any official name change. Photo by Misha Mosiichuk.

Dixie State University still has several steps to take before the official process of changing its name can begin.

DSU is a state school, so it will ultimately be up to the state legislature to make the final decision as to whether or not it will go through with a name change.

President Richard “Biff” Williams said a recommendation would be needed from the Utah Board of Higher Education and the University Board of Trustees before presenting a formal proposal to the Utah State Legislature.

“Currently, there is no process in place to move forward with a name change,” Williams said.

However, he currently has preliminary processes in place that will influence the decision of the initial proposal in the near future.

For instance, Williams said an outside consulting firm has been hired to collect data and conduct an impact study of keeping the “Dixie” name.

“We need to know moving forward if our progress as an institution, as well as the success of our students, will be impacted by our name,” Williams said. “This new data will be included with other data we have collected in the past and it will help us make the best decisions we can moving forward.”

Provost Michael Lacourse, vice president of academic affairs, said DSU will not be involved with the data collection in order to maintain neutrality throughout the process, but donors “would all be invited to contribute their thoughts during the data collection period, which is going to happen… over the next couple of months.”

Williams said the question of whether new diplomas could be issued for past DSU graduates in the event the name does change doesn’t currently have an answer.

“If we changed our name, we would have to look into how other institutions have handled diplomas and resume citations for their alumni when they changed the name of their institution,” Williams said. “Right now, we are just focused on studying the impact of our name and not focused on anything else.”

Opinions from those who make financial donations to DSU will be considered regarding a possible name change, but donors are just one of the moving parts in the process.

“Using terms like ‘Dixie’ with pride is a stark reminder of the white supremacist institutions of the South, both before the war and during the resurgence of racist policies during Jim Crow,”

Jordon Sharp, vice president of marketing and communication, said donor support is not by any means the bulk of the university’s income.

“DSU receives funding primarily through state appropriations and tuition revenues,” Sharp said. “Donations are a great help to the university, but the school does not rely on donations as part of its base budget to run the institution.”

The cost of rebranding has also been a topic of discussion, but since there has been no formal name change request as of yet, there are no numerical cost estimates as to how much rebranding would be.

Sharp said the rebranding with Brooks the Bison and the Trailblazers as the new mascot did not actually cost a significant amount of money for DSU.

“The strategy was to replace branding, as it naturally required replacing,” Sharp said. “The facility rebranding was done over many years and still continues today.”

The community and alumni have communicated strong opinions about whether or not changing DSU’s name is necessary to moving forward as an educational institution.

DSU alumnus Taylor Michael Grin, who served in the military in the deep South, said it’s “vitally important for DSU to drop ‘Dixie’” and he would feel “ashamed and disappointed” if the university does not change its name.

“Using terms like ‘Dixie’ with pride is a stark reminder of the white supremacist institutions of the South, both before the war and during the resurgence of racist policies during Jim Crow,” Grin said. “‘Dixie’ has always been a reference to the Confederate South, not some esoteric reference to farming alone in the early St. George settlement — anyone saying otherwise is being deliberately misleading or is ignorant to the school’s history. And make no mistake, DSU once used a Confederate flag [and] once had the rebel as their mascot.”