Opinion | Cannabis should be legalized, decriminalized 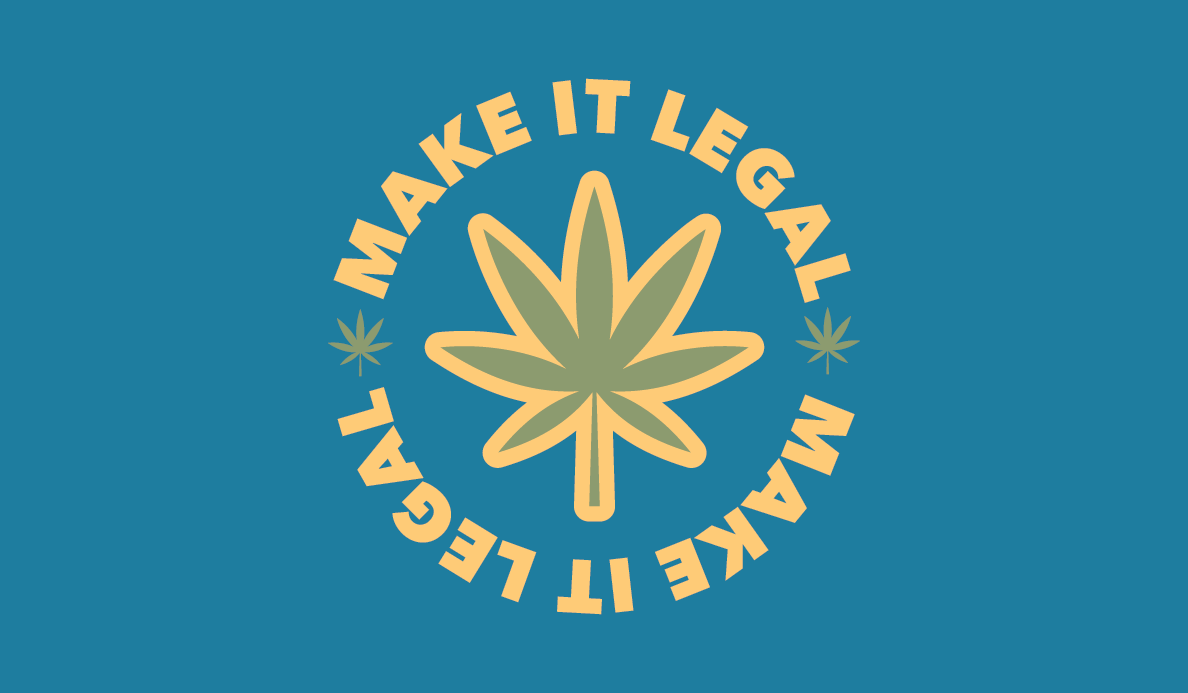 Natalie Light says cannabis should be legalized and decriminalized. Graphic by Emily Wight.

Cannabis should be legalized and decriminalized because of its many benefits and the fact that it shouldn’t have been illegal in the first place.

You probably know what I’m talking about. According to a poll by researchers at the Marist Institute for Public Opinion at Marist College, around 52% of Americans have tried cannabis before.

According to the Associated Press, cannabis use is highest among college age adults than in any other age group. Cannabis can reduce anxiety and stress, which is particularly beneficial for college students. I use CBD oil, which is free of THC, to help me on days when I struggle with anxiety. As cannabis is more and more normalized, universities are even including the study of cannabis in different majors. Legalizing cannabis would put students at less of a legal risk.

According to a Business Insider map, 12 U.S. states have legalized cannabis for recreational and medical use and 21 states legalized it for solely medical use; however, the U.S. Drug Enforcement Administration still classifies cannabis as a schedule 1 drug: “defined as drugs with no currently accepted medical use and a high potential for abuse.”

For reference, meth and cocaine are schedule 2 drugs. Why is cannabis classified as a schedule 1 drug when it is recognized as a medical use drug? The classification is outdated and was given in the 1970s when little research had been done on it.

Two years after the Controlled Substance Act was passed and cannabis was defined as a schedule 1 drug, the National Commission on Marijuana and Drug Abuse, commissioned by President Nixon, released reports saying, “Considering the range of social concerns in contemporary America, marijuana does not—in our considered judgment—rank very high. We would de-emphasize marijuana as a problem.” Fifty years later, cannabis remains classified as a schedule 1 drug.

The word cannabis refers to products derived from the plant cannabis sativa. The words marijuana and cannabis are used interchangeably. Weed is also a popular name used today. The word marijuana usually refers to the parts or products that contain substantial amounts of tetrahydrocannabinol (THC), which is responsible for the “high” from smoking or ingesting. Its effects can be felt for 1-3 hours.

According to a medically reviewed article in Verywell Mind, the effect of smoking cannabis produces a relaxed state and heightens senses, which allows for more creative thinking. Time may appear to pass more slowly, can induce a hunger known as “munchies,” and some report cannabis can boost creativity.

Marijuana should be classified in the same category as alcohol or caffeine as far as how it alters your experience.

Racist and anti-immigrant fears and prejudices are connected to the criminalization of marijuana. In the 1930s after Prohibition failed, Harry Anslinger, the Federal Bureau of Narcotics director, started his attack on marijuana, which was mostly being used in Mexican and Black communities at the time. He wrote articles with fear-based, xenophobic propaganda to convince the public of the dangers of marijuana.

In one of the many problematic quotes attributed to him, Anslinger said: “There are 100,000 total marijuana smokers in the U.S., and most are Negroes, Hispanics, Filipinos and entertainers. Their Satanic music, jazz and swing result from marijuana use. This marijuana causes white women to seek sexual relations with Negroes, entertainers and any others.”

“The criminalization of cannabis has resulted in people’s lives being destroyed for nothing.”

The criminalization of cannabis still disproportionately affects people of color. According to the ACLU, black people are nearly four times more likely to be arrested for marijuana despite the fact that black and white people use the it at around the same rate. According to a 2017 poll by the Marist Institute for Public Opinion, over 60% of regular marijuana users are white. The laws are not being consistently enforced.

These connections are reason enough for me to believe that cannabis should’ve never been illegal in the first place.

I hope there comes a time in the near future where cannabis is legalized for recreational use. If you support the legalization and decriminalization of cannabis make sure the people you vote for are also in support.