How to deal with social media drama 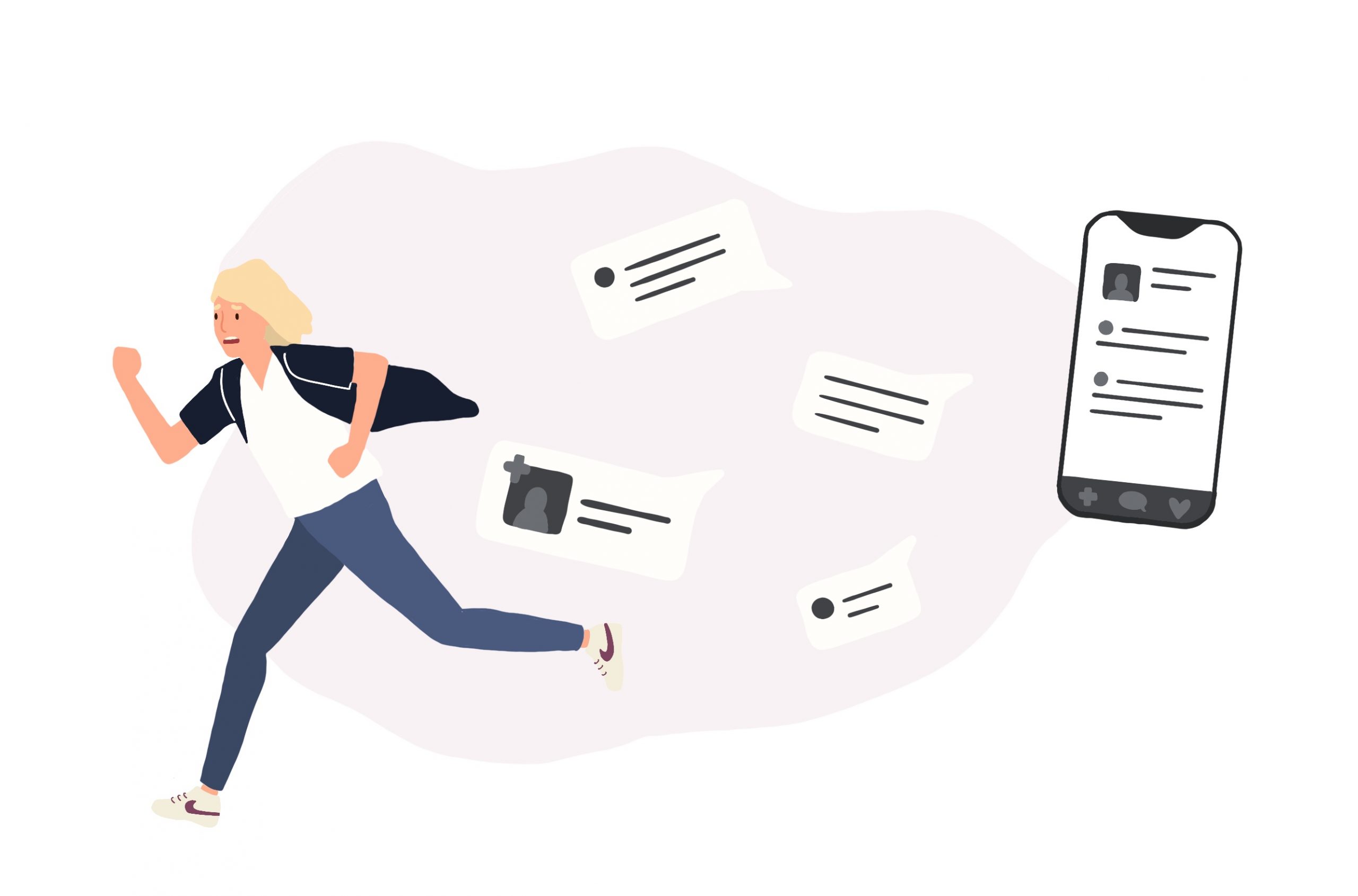 When tensions are rising in the comments of your social media post, you may want to avoid it at all costs, which is an option. Other ways to address it include not feeding into it, responding respectfully, ignoring it or talking it out in real life. Graphic by Emily Wight.

Ding! Ding! Ding! Your post has over 150 comments, and most of them are people arguing and asking questions about what you just posted.

You might think: “Oh no, I wasn’t expecting this. Why are they reacting this way? How do I deal with this?”

Should you engage? If so, how? Here are five tips on how to deal with social media drama from three members of the Dixie State University community.

“In my experience, when people are upset it’s because they care about something and want to be heard,” said Skye Clayton, social media and digital marketing coordinator. “Social media is a wonderful tool for connection and is best used when everyone is respectful of others.”

Sometimes a respectful response goes further than an outright argument and you may even be able to persuade someone to consider your point of view.

“When humans let their impulse emotions govern what they share online, it’s really a reflection of them, not me,” DSU alumna Emily Rae said. “I do my best to remember — even though it can be a little depressing at times — that the comments I’m responding to were written by real humans. I can’t expect everyone to have the same worldview as me, so I do my best to meet them where they are.”

If you have a thick skin and a quick wit, draft a clever comeback and roast the trolls. For inspiration, check out some of the tweets Wendy’s dishes out to its trolls and competitors.

“Dealing with trolls can be… fun,” said Nate Snow, assistant professor of media studies. “We’ve seen what Wendy’s has done by retaliating to trolls or actively trolling other social media feeds.”

However, Rae said starting fights is something she tries to avoid for the sake of her mental health, and Clayton said she doesn’t like to start fights either. This can be an especially problematic option if you’re using a professional account rather than your personal one.

Clayton said, “My personal opinion is to rise above.”

Some comments can’t be ignored and just don’t deserve to take up space.

“You can try a technological solution like blocking them,” Snow said.

Clayton said she agrees with this for personal social media.

“Your personal social media is for you and you make the rules,” Clayton said. “When necessary, block people if you need to or report bullying to the platform you are using.”

While DSU as an institution is bound by law in how it interacts with its community and can’t necessarily pick and choose all of the comments on its posts, deleting comments is occasionally permitted.

“We encourage a vibrant online community and respect freedom of speech, but discourage ad hominem and remove any unprotected speech,” Clayton said.

“The golden rule of internet interactions is ‘don’t feed the trolls,’” Snow said.

“Ultimately though, ‘don’t feed the trolls’ can still be sound advice if you can purposefully ignore the negativity, which means you don’t pretend like it never happened or retreat into emotion-focused coping strategies that can have a negative effect on your emotional and sometimes physical health, but rather you make a conscious choice not to engage,” Snow said. “It can be hard, but a lot of people found that helpful.”

Clayton said you choose who to interact with, so no need to engage with everyone you disagree with.

Rae said: “Most drama on social media is not even worth your attention. Save your energy for the fights worth fighting.”

Talk it out IRL

If you know the people leaving negative comments, sometimes confronting them is the best option, preferably face to face so there’s no confusion, rather than bottling up your feelings and pretending not to be hurt. This is especially helpful in situations when malice wasn’t intended.

“You can try what’s called ‘constructive contacting’ or ‘cognitive reframing’ where you try and either reach out to the aggressor or rework how you see the interaction in your own mind,” Snow said.

If confronting negative commenters isn’t an option, talking about your feelings with people you care about is another way to deal with the situation.

“Research suggests that not engaging in the fight online but rather talking to your friends and family about it will help you fight those feelings of powerlessness that often accompany a social media argument,” Snow said.