OPINION | Precautions need to be considered before joining Zoom 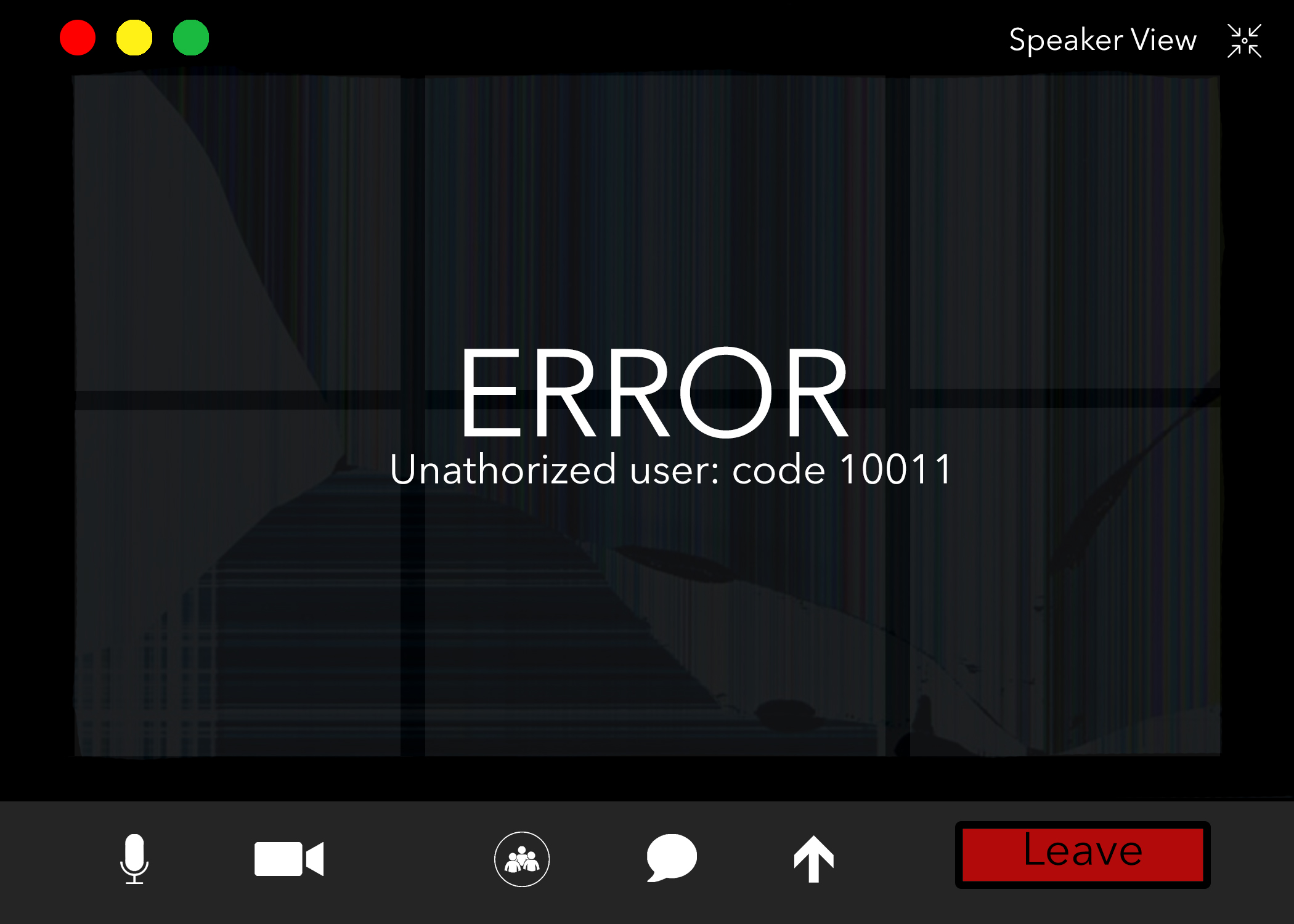 Hackers have been invading Zoom meetings since the beginning of the year. Professors need to take precautions, Christina Block says. Graphic by Breanna Biorato.

By now, we have all used Zoom or some kind of video app allowing us to learn and see others through a screen, but professors need to be taking proper precautions to assert online safety for their students.

Since COVID-19 turned into a global pandemic, Zoom meetings have been something that professors all around the country use to connect with students. All students have to do is enter a code and instantly they see their fellow classmates and professor. Easy, right? But it’s making it too easy for hackers to access.

At the end of March, an article by the New York Post stated that the Federal Bureau of Investigation had been warning people to be on the lookout. Hackers had been entering Zoom meetings and presenting threatening language and images of hate and pornography. Hacking rates have gone down since then, but it still happens and Zoom isn’t the only program getting hacked; other video chats such as Google Meet and Skype have too.

Hackers exposing this kind of material is something no one should witness, especially children. For one, kindergarteners — who tend to be 6 years old — may not understand what “hacked” means. They could be watching their teacher and all of a sudden see inappropriate material and not know what to do, who to tell or how to act. This is why it’s important for parents to talk to their children about online safety.

But it’s not OK for college students and professors to see either.

At Dixie State University, at least two days a week students are participating in Zoom classes while professors are hosting daily meetings. If a meeting was hacked, it would be just as inappropriate for college students and the professor because it causes an interruption that is uncalled for and unsettling. So regardless of age, it still remains adverse for anyone.

USA Today has an article containing five ways someone can properly join or host a meeting. These five ways include using a meeting ID and password instead of a link, adjusting the screen share options immediately, using waiting rooms to screen students, creating a webinar instead of a meeting and remembering that everything is being recorded.

If you remember and use these five steps, it could save the host and audience from a hacker or a “Zoombomber.”

During this crazy time, it’s important that people follow proper precautions for a safe meeting. Just as teachers and professors would be protective in the classroom, they need to be protective on Zoom.