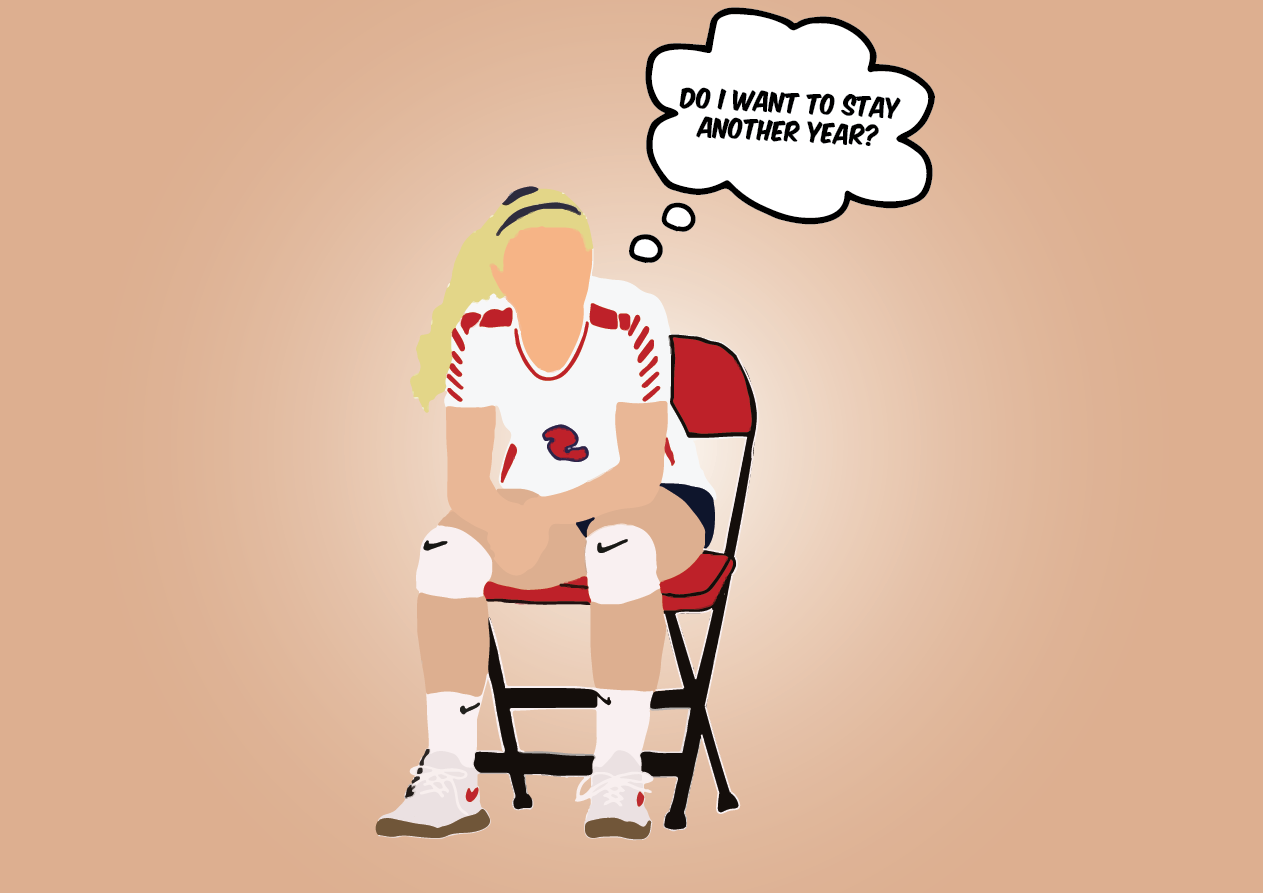 Senior student-athletes have the option to play an extra season. The NCAA altered its guidelines to allow athletes an additional year of eligibility due to COVID-19 postponing their fall season. Graphic by Emily Wight.

Dixie State University athletes will be able to participate in competitive games once again regardless of their current year in school once Covid-19 becomes controlled.

This new eligibility change relates mostly to the seniors at DSU because they are now able to stay and play even if this would have been their fourth year of participation. Normally, an NCAA athlete is only eligible to participate in sports for a maximum of four years unless they have a redshirt year or medical redshirt year.

“I have four graduating seniors this spring, so this is huge for them to have a fifth-year opportunity,” said Robyn Felder, head coach of the women’s volleyball team. “I think it all just comes down to how physically and mentally [the seniors] could handle another year and how it fits into their academic plan.”

As seniors across DSU and other student athletes make plans to determine if they should return and play for their fifth year, the decision may not be as easy as it seems.

“This changes my whole academic plan,” said Jordyn Nelson, a senior medical laboratory science major from Phoenix, Arizona. “Obviously, my top priority is my degree and being able to finish my clinicals, so a lot will depend on that and [how it will] affect my ability to come back.”

Athletes will have to be enrolled in at least six credits to participate, but can already have their degree.

Not only do the players face substantial uncertainty moving forward, this also has a significant effect on coaches and their availability to give out scholarships. The DSU volleyball team is currently permitted to grant only 12 scholarships to players per season; however, with the possibility of having more players on the roster, the amount of scholarships will be affected as well.

Jason Boothe, Athletic Director said, “The NCAA indicated that the financial aid of fall sport senior student-athletes who take advantage of the additional year of eligibility and extended clock will not count against team limits in 2021-22,” Boothe continued.“That means that it won’t negatively impact the ability to bring in new freshmen in terms of staying within NCAA scholarship limits as those seniors who come back won’t count towards the limits.”

Athletes can still play for any collegiate team even if they are not on scholarship. These athletes would be considered walk-on’s and will be playing for free.