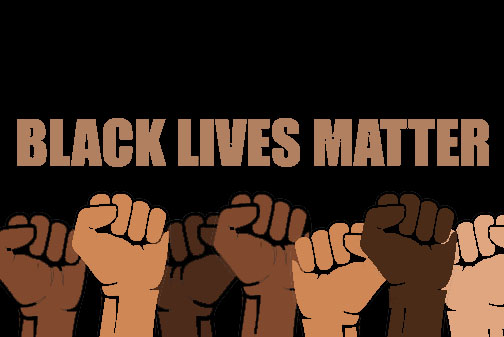 As protesting continues throughout the country, the university can expect the Black Lives Matter movement — among other equality issues — to be a hot topic around campus. Graphic by Tianna Major.

While the world is in turmoil from the pandemic and protesting for equality — racial equality being the main focus — the Dixie State University community wants to enhance the focus toward campus diversity.

As there has been a recent surge in attention toward the Black Lives Matter movement, diverse groups on campus have continued to work toward engaging with and educating students and community members about diversity.

During the COVID-19 pandemic, however, these organizations have needed to become more creative about their outreach.

Mike Nelson, assistant director of the MIC, said the MIC absolutely sees higher demand for educating and engaging with students and community about how they can better share their knowledge, educate themselves and engage with individuals of diverse backgrounds.

Toy said the university is still focusing on inclusion and establishing plans to teach and engage the community about how they can contribute to inclusion, whether it be through hands-on teaching, reading, presentations, training, workshops or guest speakers.

Nelson said the university is continuing to focus on increasing employment of those who have diverse backgrounds and increasing the recruitment of diverse students.

Toy said while the MIC is not changing the work it does or the way it does it, she hopes recent events will attract more attention toward diverse students and cultures; however, she is disheartened by the circumstances in which it may happen.

“I think it’s not so much how we do the work, it’s more people are paying more attention to the work we do,” Toy said. “I would say our institution has always been a hub or beacon when it comes to inclusion.”

The most important thing is being able to effect change on campus first, Nelson said. The first place to start is on a departmental level. For example, departments will be collaborating with the DSU police department, which Nelson said has been a great advocate for campus diversity.

For example, Nelson said there may be people who feel like they don’t need to educate themselves about other cultures or that it may just not apply to them. The MIC can combat this type of attitude by continuously hosting educational workshops, events to help increase cultural competency, and training for faculty, staff and other student groups.

The university has grown and expanded to an international level by increasing the number of programs it offers and adding graduate programs, Nelson said, which is why students and community members should recognize the pull of individuals of various cultures.

Nelson said he stresses the importance of informing incoming students of the university’s dedication to emphasizing campus diversity.

He said he wants to continually remind students of the organizations available as support, and engage with students and community members about increasing diversity through the recruitment and retention of students from diverse backgrounds.

The key is consistently assuring students that they have opportunities to get involved, Nelson adds.

“It’s going to remind them that we’re here,” Nelson said.

Nelson said even though recent events surrounding racial inequality occurred while students weren’t here on campus, he did notice students actively participating in these events through social media by expressing their opinions and showing their support while also attending protests.

”We have seen some of those actions from students [off campus], but we haven’t had the opportunity to see much of it yet on campus,” Nelson said. “I expect we will start to see more student involvement eventually.”

MISA President Sam Tupola, a sophomore communication studies major from Salt Lake City, said he participated in the various protests in his hometown throughout the summer because he wanted to help raise awareness for minorities.

Tupola said the administration is doing a substantial job, but he wants DSU to be more upfront about what is going on this year. He said he has heard from students and community members questioning what the administration plans to do about the possible name change, and he wants it to take a public stance on its decision.

“The goals that I want to see and set for MISA is to show that we at [DSU] have the opportunity to make a difference here on campus and in the community as well,” Tupola said.

He said it is important that every student helps make a change, that it should be more than just talk, but action as well, and the MISA has a great opportunity to do that.

“I feel like everyone knows that this is an unprecedented time, and the best thing to do is take action,” Tupola said.