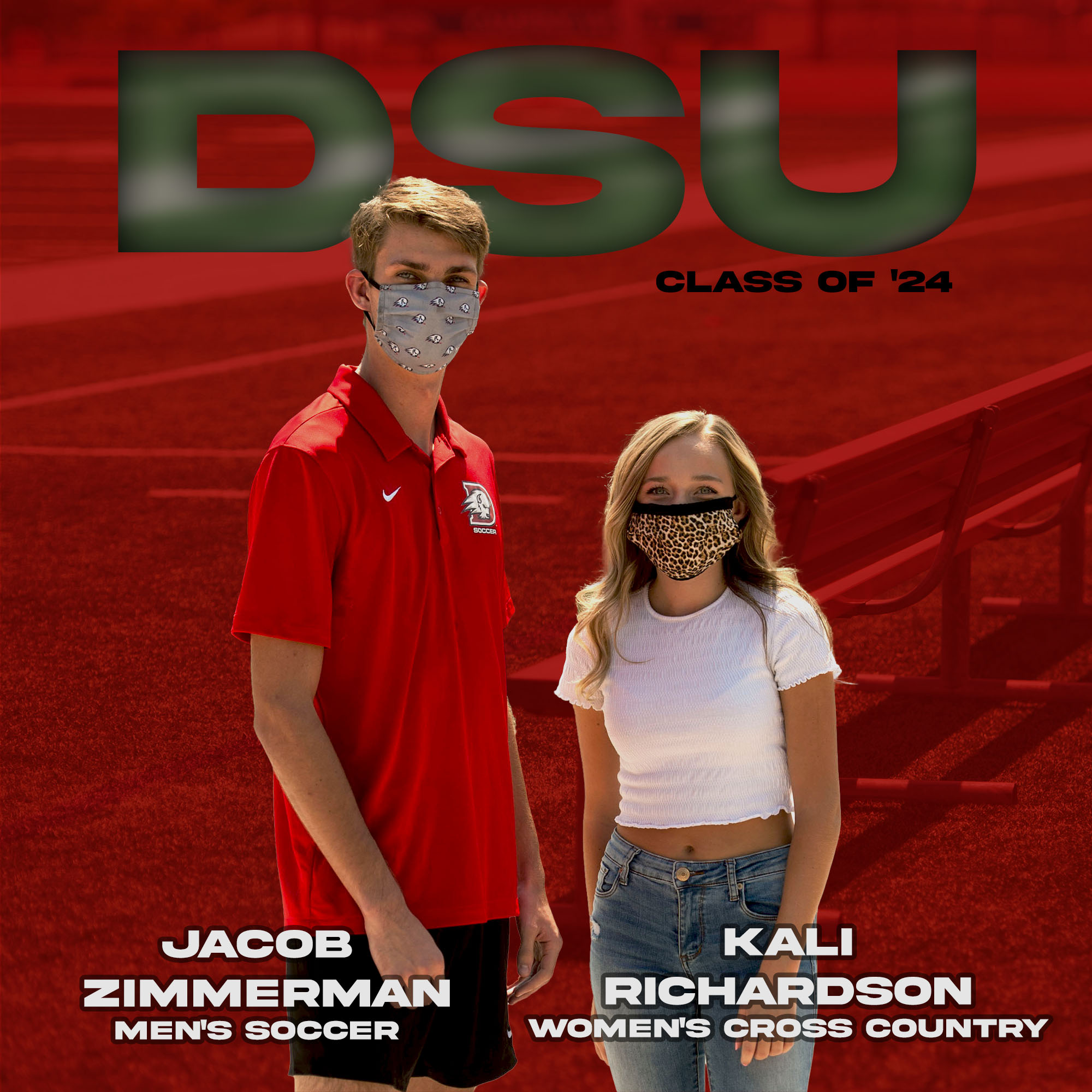 For incoming Dixie State University freshman student-athletes, the chance of having a season is becoming less likely as the COVID-19 pandemic is nowhere near over.

No freshman student-athlete would expect this type of beginning to their collegiate careers. Middle blocker Kate Hardy, a freshman dental hygiene major from Fruitland, Idaho, said she was sad to find out there won’t be any collegiate competition going on and was looking forward to playing her first year at DSU.

Men’s soccer goalkeeper Jacob Zimmerman, a freshman mechanical engineering major from Gilbert, Arizona, said it’s disappointing to not have a “traditional” freshman college experience, but you have to take what’s given to you and keep pushing forward.

“There’s no use trying to complain about [not having a season], or even if you do go out and try to party all you’re doing is hurting your team,” Zimmerman said.

Women’s cross-country runner Kali Richardson, a freshman general studies major from Draper, said she’s not concerned about catching COVID-19 because she believes DSU and its staff members are doing a good job of keeping her and other student-athletes safe.

Richardson said: “[DSU and its staff have] been good about wanting us to wear masks, and they sent out guidelines to keep us safe. They’ve definitely explained on what they’re doing, and we’re getting tested for COVID-19 every three weeks.”

Zimmerman said student-athletes have to follow numerous precautions before heading to practice, team lunch or the weight room. There are check-ins, temperature checks and making sure no athlete has symptoms.

“[DSU employees are] taking every precaution they can that is viable for us to keep us safe,” Zimmerman said.

When the pandemic started, DSU Athletics’ recruiting process was put on hold, but everything was in line for the majority of incoming freshman student-athletes. The only thing left to do was to sign. Zimmerman said he’s fortunate to have been done with the recruiting process because his friends weren’t so lucky with being recruited.

Zimmerman said it’s a blessing to have extra time off because he and other teammates needed more time to fully prepare themselves if there were to be a season.

“Usually it’s like two weeks to a month before we’re playing immediately, and that’s not a lot of time to prepare,” Zimmerman said. “I think preseason would’ve kicked my butt in particular and some of my roommates’ butts just because of the level of play we aren’t used to.”