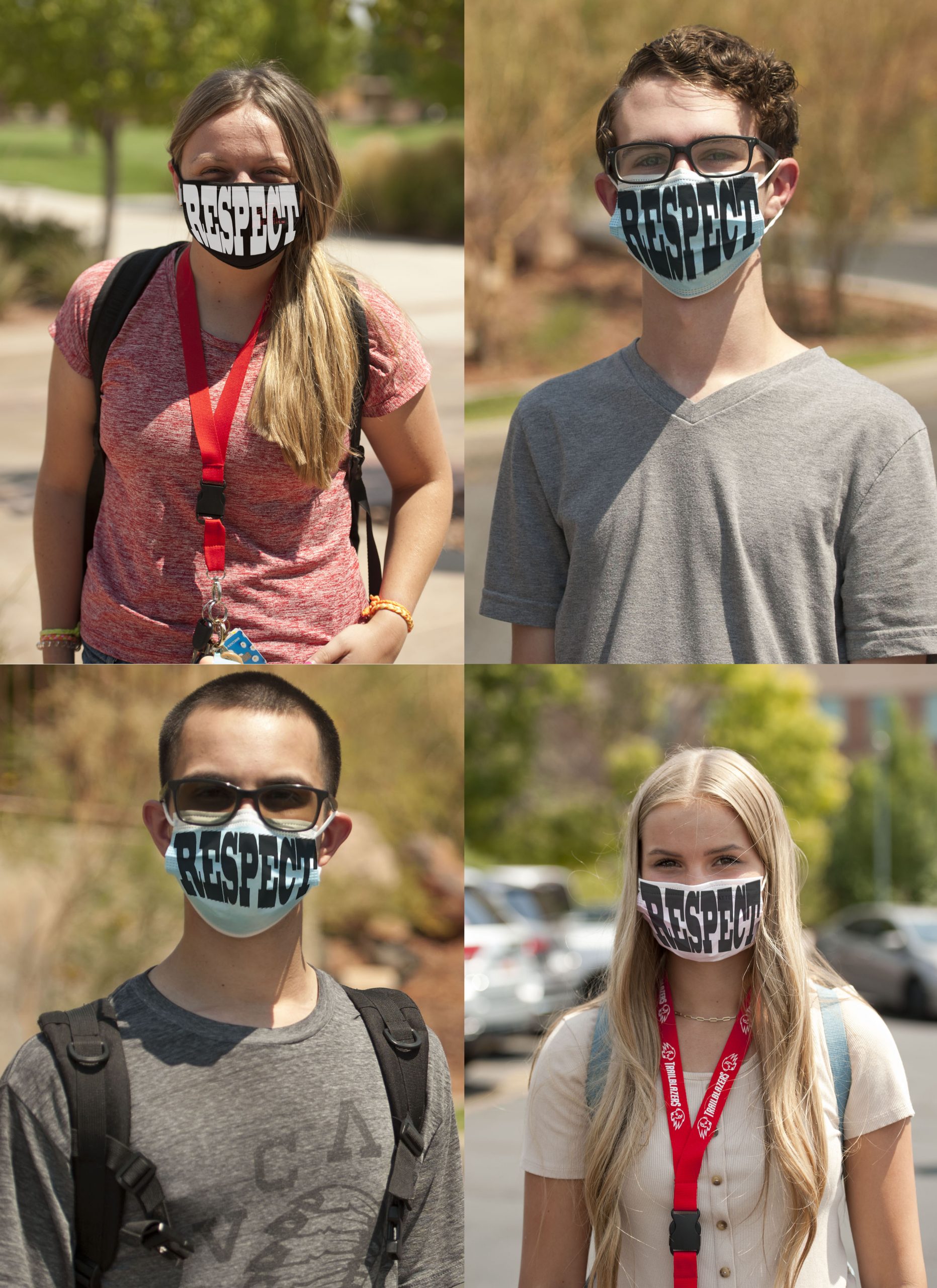 Students at Dixie State University are following campus guidelines and wearing their masks while on campus. They are doing their best to help prevent the spread of COVID-19 and showing respect to those around them, Hannah Hickman says. Photo by Tianna Major.

Masks have been weaponized into a political statement.

I have witnessed people getting upset over others who aren’t wearing a mask or face covering. The main argument I hear associated with the mandated masks is the infringement upon our rights as Americans.

Political statements started surfacing after news briefings from New York Gov. Andrew Cuomo. He said people should be wearing a mask so they don’t kill anyone.

Tensions and emotions have been running high this summer from numerous lockdowns and the impact unemployment has on many people. This in turn has created a catalyst for extreme political statements.

In an article form the New York Post, a couple was attacked and pepper sprayed while they ate lunch and social distanced.

This type of singling out is uncalled for, as are the instances when those not wearing a mask attack others who are.

An article from Newsweek stated a teenager working in an amusement park was physically attacked when he asked a man to wear a face mask.

Both sides of the political aisle have weaponized face masks into their own political statements, taking things to the extreme. The far liberal side is saying individuals who don’t wear a mask don’t care about others’ well being and don’t mind if people fall deathly ill. The far conservative side is taking the stance that the mandated masks are stripping our rights away.

While face masks may seem a nuisance right now, we need to at least respect the wishes of others while in public and respect others when they are responsibly social distancing without masks.

We may never get along politically with our peers, but the violence and outrage these political statements people are making over wearing face masks or not needs to come to an end.