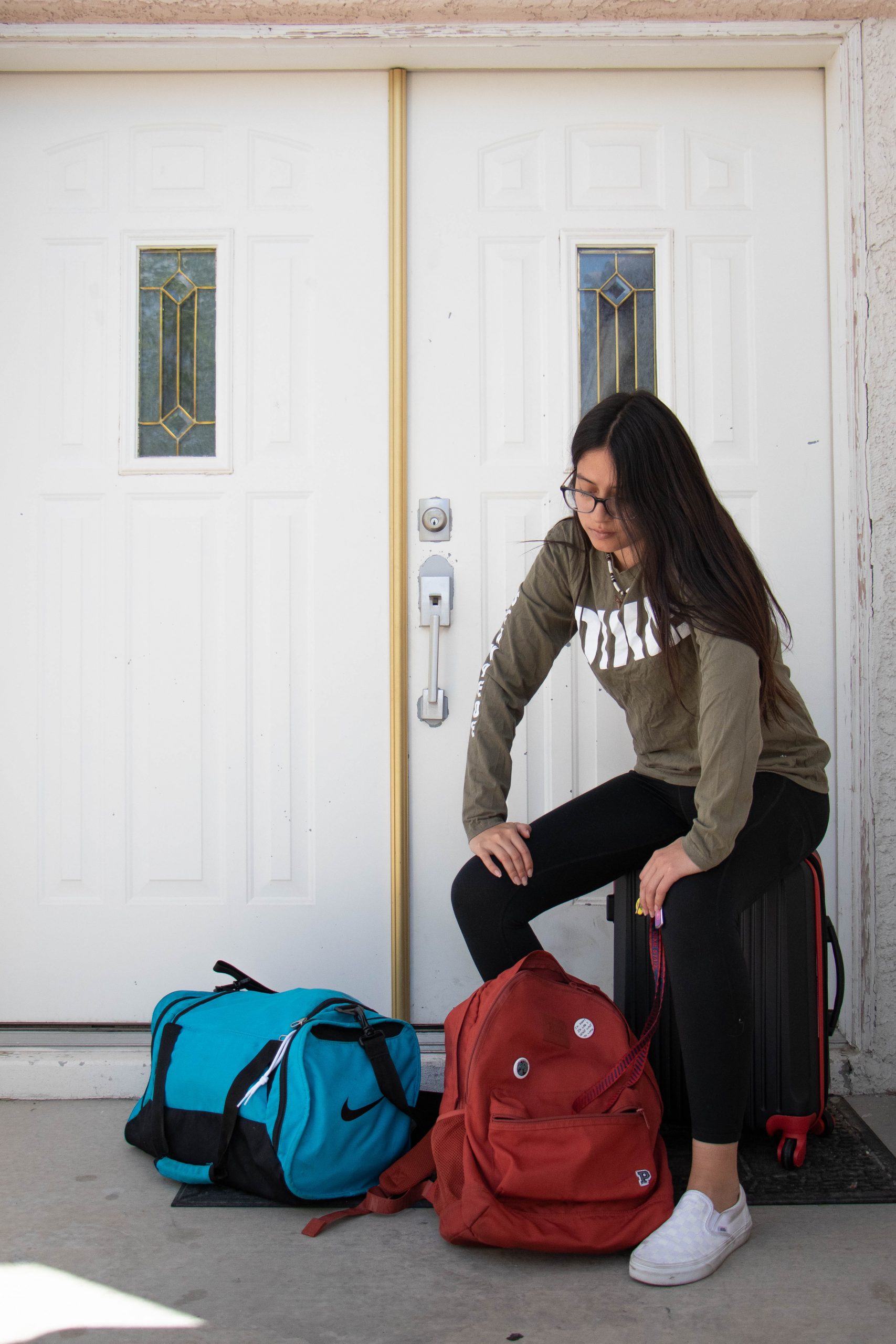 Due to COVID-19 many DSU students had to move back home for the remaining of the semester for online classes. The struggles students are facing during the pandemic can cause students to go home earlier. Photo by Breanna Biorato

Students at Dixie State University have had to move out of student housing due to COVID-19.

Jessica Powell, a junior education studies major from Tooele, said, “As a resident assistant I’ve been able to witness 50 girls have their lives completely changed for what seems like overnight.”

Powell said that this is an abrupt end of the school year to all of the students.

“They don’t even really get to say a formal goodbye to their teachers, classmates, roommates and other friends,” Powell said.

Powell said that she and her roommates and residents did the best they could do to try and keep spirits high.

“I only had five residents here and we made the best of what we could do,” Powell said. “We colored, watched Netflix, had dance parties, paint nights and just took advantage of this time to bond together.

Minta Wilcox, a sophomore digital film major from Gilbert, Arizona, said that not all students were sad about the early departure.

“I think the feelings were mixed for people left early,” Wilcox said. “Some were happy and some were sad and I think most were happy though because they got a refund on their last month’s rent.”

Wilcox said most students have left, however, she is grateful that there are still students she considers friends in her student housing complex.

“I’ve gotten a lot closer to my friends and I’m grateful for that,” Wilcox said.

Sophie Prescott, a freshman biology major from Santa Clara, said: “The attitude is very different since leaving early. The attitude used to be ‘get to class and do what is needed,’ now it’s ‘at least I did something today.’”

Prescott said the change has effected her a ton by not motivating her to do her online classes.

“Classes in person are the best way for me to learn, so without my room mates or study groups, I’ve been struggling,” Prescott said.