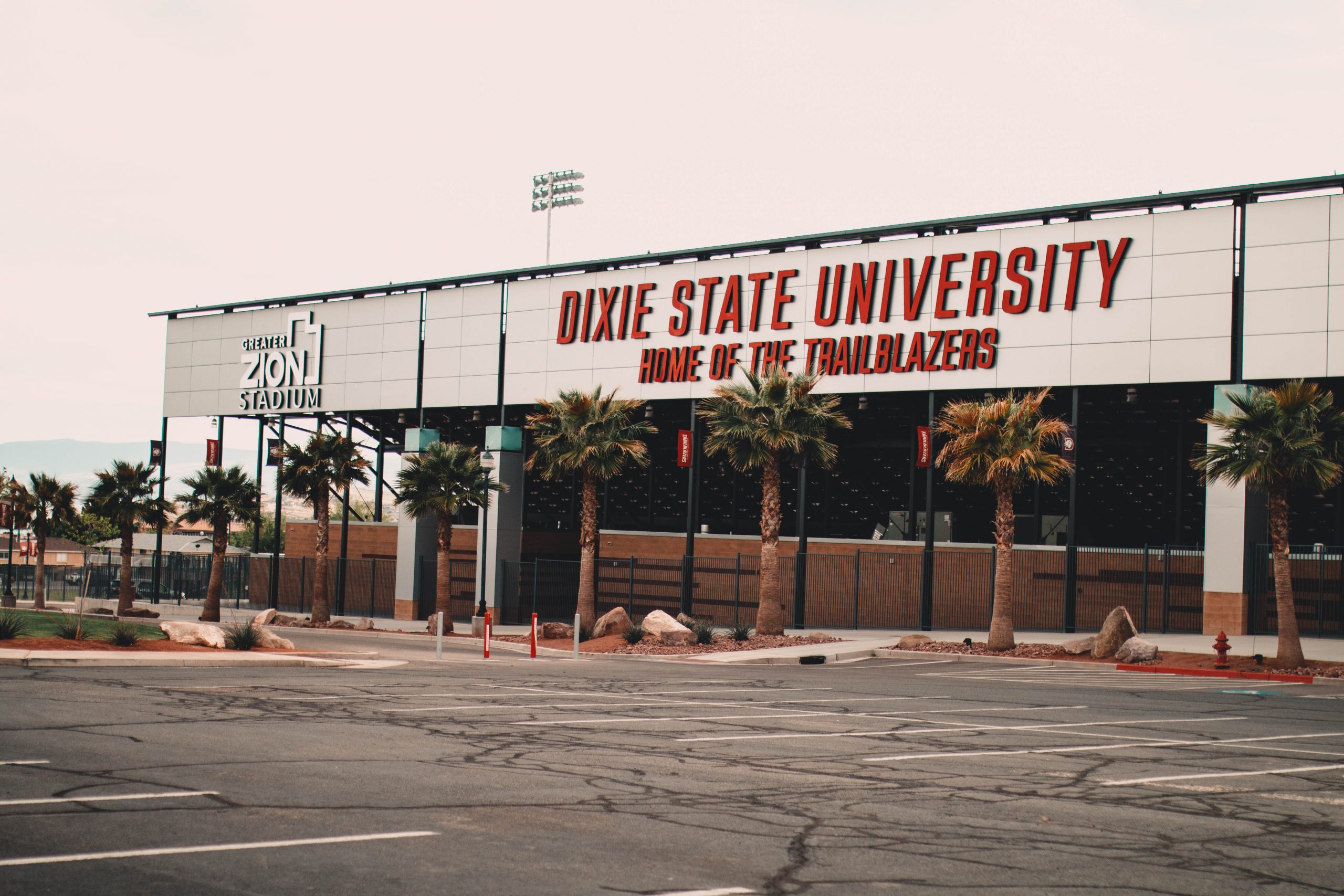 Greater Zion Stadium is on phase three of its renovations as a new video board is in the process of being installed.

The name and logo of Greater Zion Stadium is up and visible to travelers on the freeway just west of the stadium. Along with this, we can expect many more upgrades for Trailblazer athletics.

“Final phases of the stadium are in design with the architect,” Athletic Director Jason Boothe said.

Last season, Trailblazer athletics welcomed 4,000 additional seats with the creation of the east side grandstands. The early phases of the renovation also included upgraded field turf and a new athletic track around the field.

The video board isn’t the only upgrade; fans have even more to look forward to in upcoming seasons.

“There will also be press boxes with air conditioning and great views along with completely new locker rooms, which our players deserve,” said Kent Beazer, director of development for the Trailblazers. “It will be an experience unlike any we have ever had in southern Utah.”

Beazer said they have received donations to build Staheli Plaza, which will be a merchandise store toward the northwest side of the field.

As DSU progresses toward the start of its Division I era, it is also making improvements to the M. Anthony Burns Arena, bringing in an all-new four-sided video board to enhance the fan experience.

“We want to make these the best venues in southern Utah,” said Lance Brown, development officer for DSU. “The future is bright, not just [for] the university, but for the athletics department as well.”

Creating a video board with modern technology allows for video replays, advertisements and many other software packages to enhance the overall fan experience.

“Undoubtedly, it will help with the fan experiences,” Beazer said. “It just brings a whole element for the game day experience for the fans.”

Beazer and Brown also said fans can expect future upgrades to the baseball and softball fields as well.