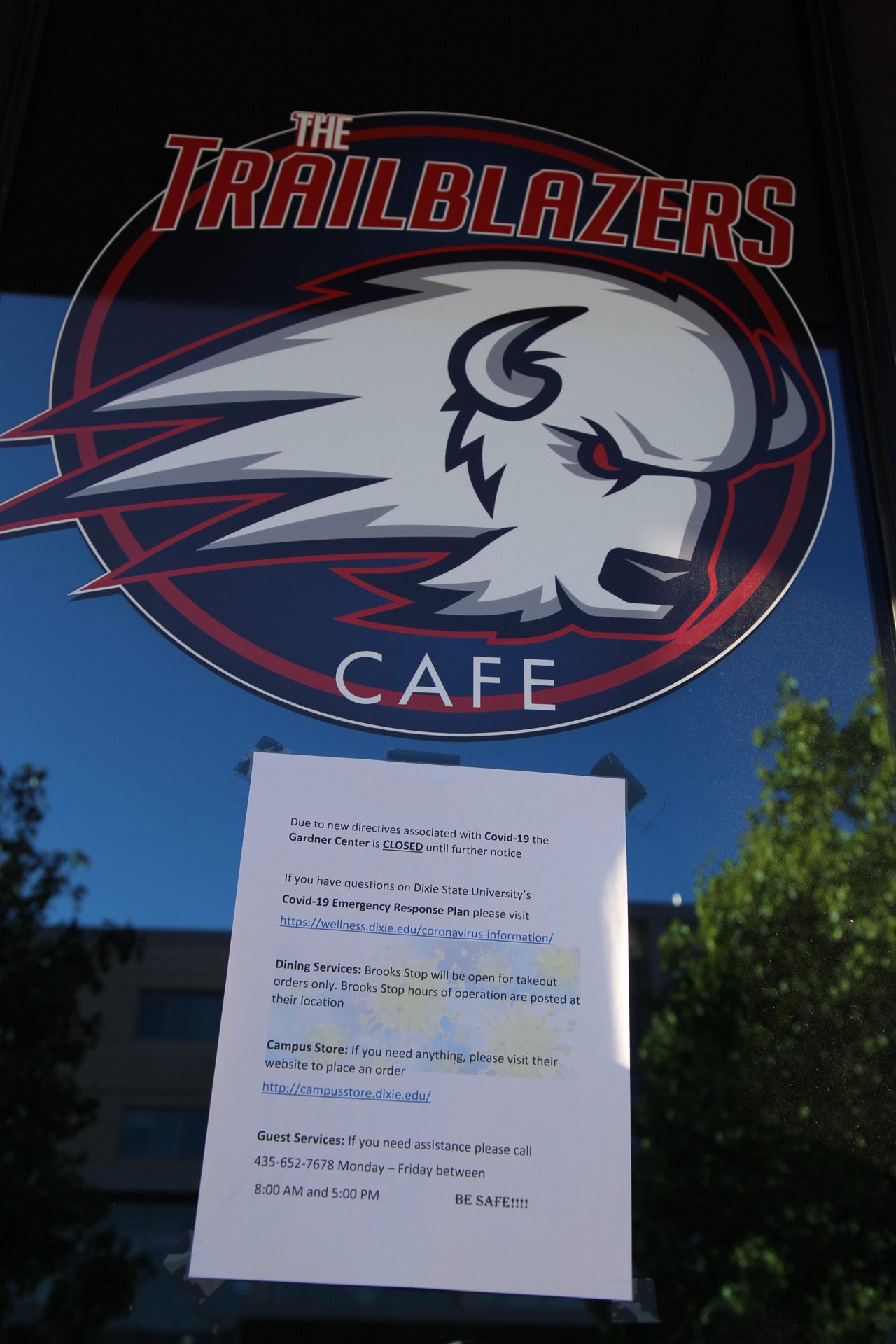 Students have lost their jobs both on and off campus because of coronavirus-related closures. Photo by Jessica Johnson.

Unemployment has been skyrocketing recently in Utah and across the United States. The jobs of Dixie State University students are no exception.

Unemployment claims across Utah have been jumping for the past four weeks, and the last two weeks in particular have included record-setting highs at 28,560 and 33,076 claims, respectively.

President Richard “Biff” Williams said he’d do everything in his power to prevent job loss for DSU faculty, staff and students. Williams said in a recent email that the onset of the coronavirus pandemic and ensuing economic slowdown have led to a “challenging and uncertain financial environment” for DSU, particularly in regard to state appropriations, tuition, federal assistance and auxiliary operations.

“Having said that, I want you to know that job preservation for our employees is our top financial priority,” Williams said. “DSU has carefully managed its fiscal reserves and the institution is in a strong position to weather the COVID-19 storm.”

While there have been DSU student jobs spared through the few resources still available on campus and through remote work, Katie Nye, interim director of dining services, said current circumstances have forced her to limit employees’ hours since only Brooks’ Stop has remained open and it functions with 2-3 employees at a time, all of whom now have to pay more attention to keeping their distance from each other. Dining Services also doesn’t have as many customers since there are fewer students, faculty and staff around to order its campus-only deliveries.

For employees and student employees who are unable to work remotely, they have the option to perform alternative tasks or request to be paid for their normally scheduled hours.

“We have given our students the opportunity, if they would like, to do LinkedIn Learning or help with projects, if they would want to volunteer for [them],” said Roger Watson, Human Performance Center marketing and building operations manager. “Lifeguards have been given the opportunity to re-certify through the red cross if re-certification is needed.”

Off-campus jobs have also been impacted by the coronavirus.

Taylor Cook, a junior population health major from Logan, was working as a server at Buffalo Wild Wings and said she was told only a few hours in advance that she and her fellow employees couldn’t work anymore.

“I [hadn’t] planned for this and so I was not in a good spot financially,” Cook said. “My parents have helped me a lot through this, giving me so much money and paying my bills.”

Cook said the situation has taken a toll on her mental health.

“I have been struggling a lot and very stressed out,” Cook said. “I miss going out with my friends and I’m scared for the future of our human race.”

Emily Mildenhall, a junior English major from Hurricane, said roughly two weeks ago she and her fellow CaptionCall employees were told there would be no layoffs since they were all “essential personnel.” In fact, call volumes were much higher and a flat rate was set for overtime pay.

“Mini sanitizers and ‘essential worker’ cards for our lanyards were gradually passed out, and it was announced that anyone at work caught stealing the communal hand sanitizer bottles or wet wipes may be terminated from their jobs,” Mildenhall said. “There’s also been a work at home option for employees that qualify, and the minimum number of hours part time workers are allowed to have, usually up to 29 per week, has been bumped up to 52 for the past three weeks.”

Mildenhall said face-to-face meetings with supervisors have also been canceled and that CaptionCall has been making changes to its protocols.