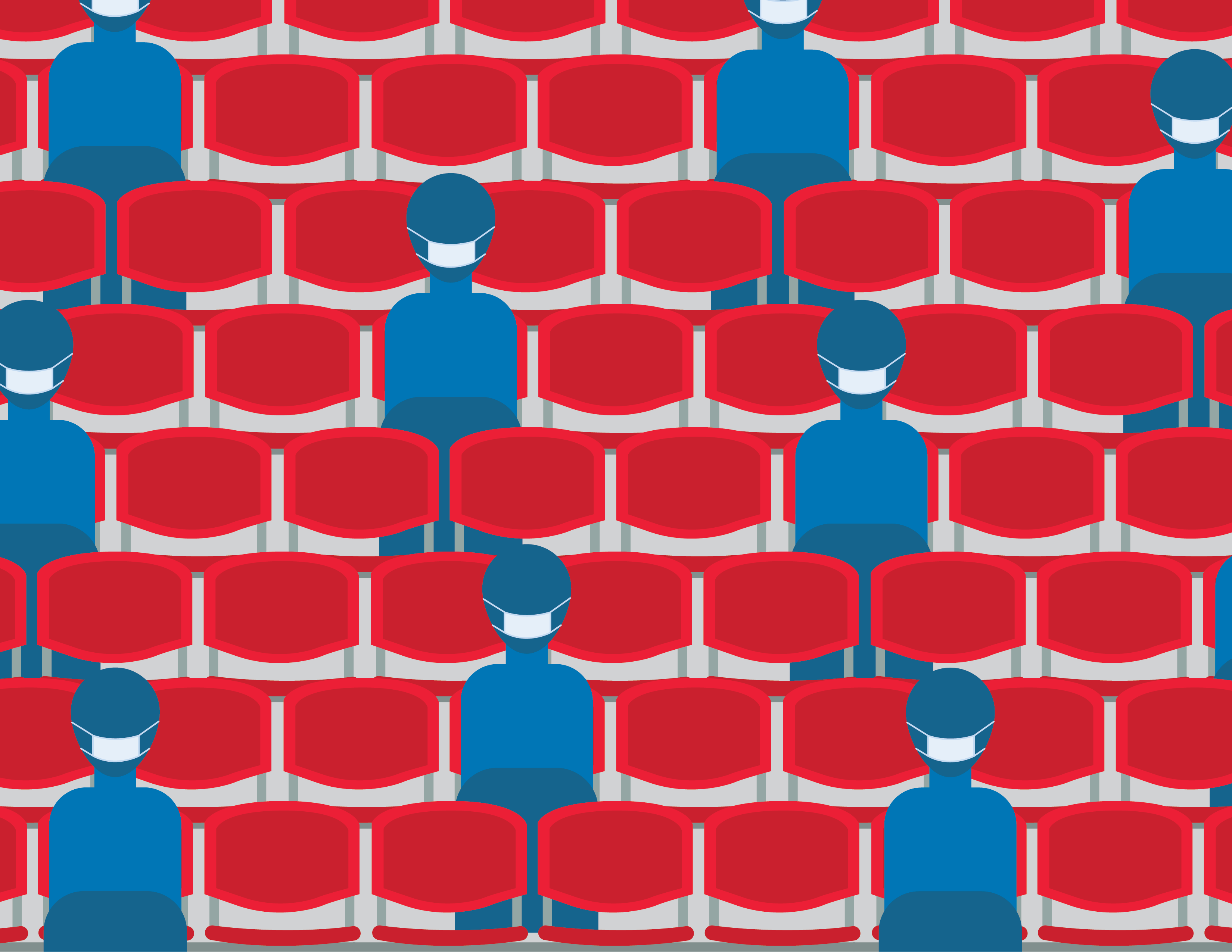 Eventually, athletes all around the world will return to their respective playing fields to compete again, but will fans be as willing to return?

As we look forward to what that time would be like, questions come to mind. Will fans have to go through a health screening process to ensure negative COVID-19 tests before entering stadiums or arenas? Will it be mandated for seats to be left open between fans to practice social distancing? Will there even be fans allowed in arenas again? These questions, among others, are what professional associations throughout the nation are facing as athletics’ return to the world remains uncertain.

Richard Bruin, a 46-year-old southern Utah native, has competed in every full St. George Ironman since the inaugural race in 2010 and every half Ironman. Bruin is a science teacher at Crimson Cliffs Middle School and said he hopes to eventually see fans back in the stands for the support they give him during the race.

“One of the biggest reasons I do races is to have people cheering me on out there,” Bruin said. “I remember just wanting to stop and quit during the last 3 miles of a 140.6 mile race, [then] hearing the announcer and cheering fans along the road made the thought [of quitting] quickly go away.”

Bruin loves to race for the fans, but will the fans be ready to go back out into the large crowds? With the tradegy COVID-19 has brought to the world, how and when will fans be trusting enough to get back and see these events in real life?

“When COVID-19 is under control and the country has tested and quarantined the sick, I will feel comfortable attending events [again],” said Kory Foland, a sophomore exercise science major from Federick, Maryland.

Some organizations are considering screening athletes, and if negative test results are found, games would be played either without fans or with only limited fans; however, Foland said he disagrees with this idea.

“I think it would be pointless to have stadiums only filled halfway after COVID-19 is under control,” Foland said. “If we are still worried about interacting with others after everything is under control, then the sporting events shouldn’t take place with fans because there will be interactions between fans in other ways.”

As the sporting world looks for ways to move on once the pandemic has settled down, there are plenty of different ideas of what athletic competitions could look like.

“[Currently], as far as sanitation goes, I have only seen bathrooms with small hand sanitizer dispensers and [sanitizer] at some aid stations,” Bruin said.

For now, Bruin has tried to stay positive by looking at how this could improve the sanitization of future crowds.

“I hope we don’t have to face it again in the future, but I think it has made people more aware of how these types of illnesses are transmitted just as any other virus or bacteria can be transmitted,” Bruin said. “I could maybe see those portable sanitizer stations being set up in various populated traffic areas just like they do in some restaurants and hospitals.”

“It would depend on the status of the virus and how equipped we are to fight and track it,” Heo said. “Better accessibility to tests and more accurate results would help suppress the fear on my end.”

While some, like Heo, feel more testing is necessary, others, like Foland, feel that it is more up to individuals and their feelings.

“I don’t think there should be health screenings for individuals to enter sporting events,” Foland said. “I think it would take way too long and cause a big hassle, especially with large venues containing thousands of people. The responsibility falls on individuals to make smart decisions.”