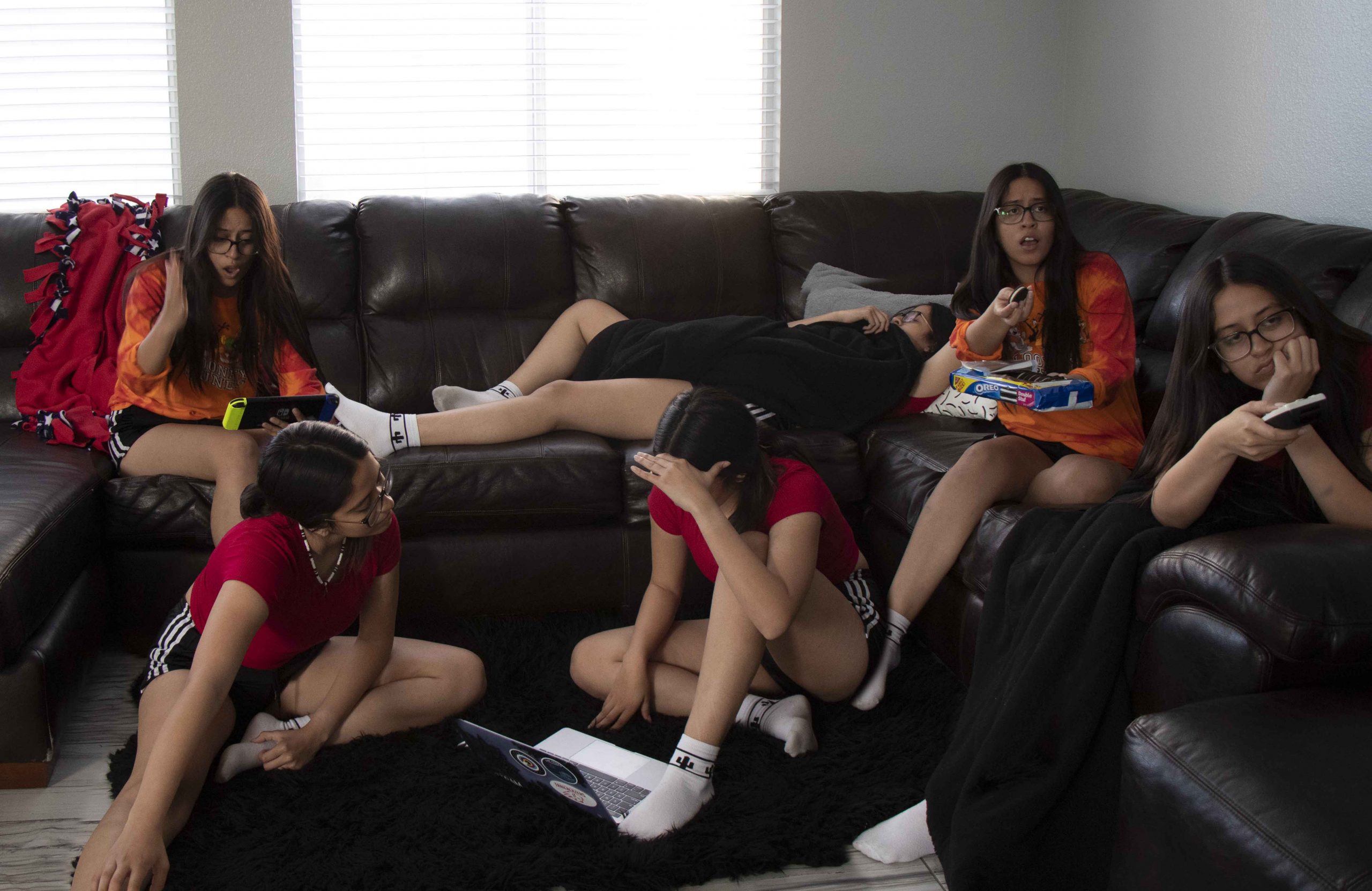 As students head home because of the COVID-19 pandemic, they are safe at home during their state quarantine. There are a lot of things you can do to keep yourself entertained. Photo illustration by Breanna Biorato.

Family life, jobs and school have all had extreme transformations over the past few weeks. We’re all going through changes.

Walt Benda, a media studies major from Las Vegas, said he can’t go home because his dad is at a higher risk of getting the virus because of a kidney transplant he had years ago.

“My parents had my cousin living with them, but they asked her to move out because she was a server and it’s a higher risk for my dad,” Benda said.

Benda said if he had the opportunity to go home he definitely would, but it isn’t an option.

Along with being unable to go home, Benda has had his hours at work reduced by about half and his internship canceled until further notice.

Benda said: “I definitely am much better [off] than most and I’m not trying to play the victim. I have had friends completely lose their jobs, move home because they can’t afford rent and had their parents get sick.”

Johnathan Morrell, a communication professor and director of student support services for TRiO, said some of his students have been completely overwhelmed by all of the changes happening so fast.

“I have seen a huge change in my finances,” Benda said. “They’re almost cut in half, but I’m trying to stay positive and save as much as I can.”

Morrell said one of the most important things to do is for students to communicate with their professors about how they’re feeling and to take things one step at a time.

In a slide deck provided by Del Beatty, assistant vice president of student engagement and dean of students, it said sticking to a routine, staying active, communicating with others and practicing self-care are all important things to keep in mind during this time.

Benda said one of the positives is being able to make your own schedule and be on your own time.

Beatty said talking regularly with parents or other support team members, planning and scheduling their day, eating good food, spending time outside and getting at least 20 minutes of moderate exercise each day are some things students should try to do to stay positive.

Beatty said, “Realize that everyone is in the same boat, and we are all doing the best we can. It is important for them to establish a schedule and realize this may be the new normal for a while.”