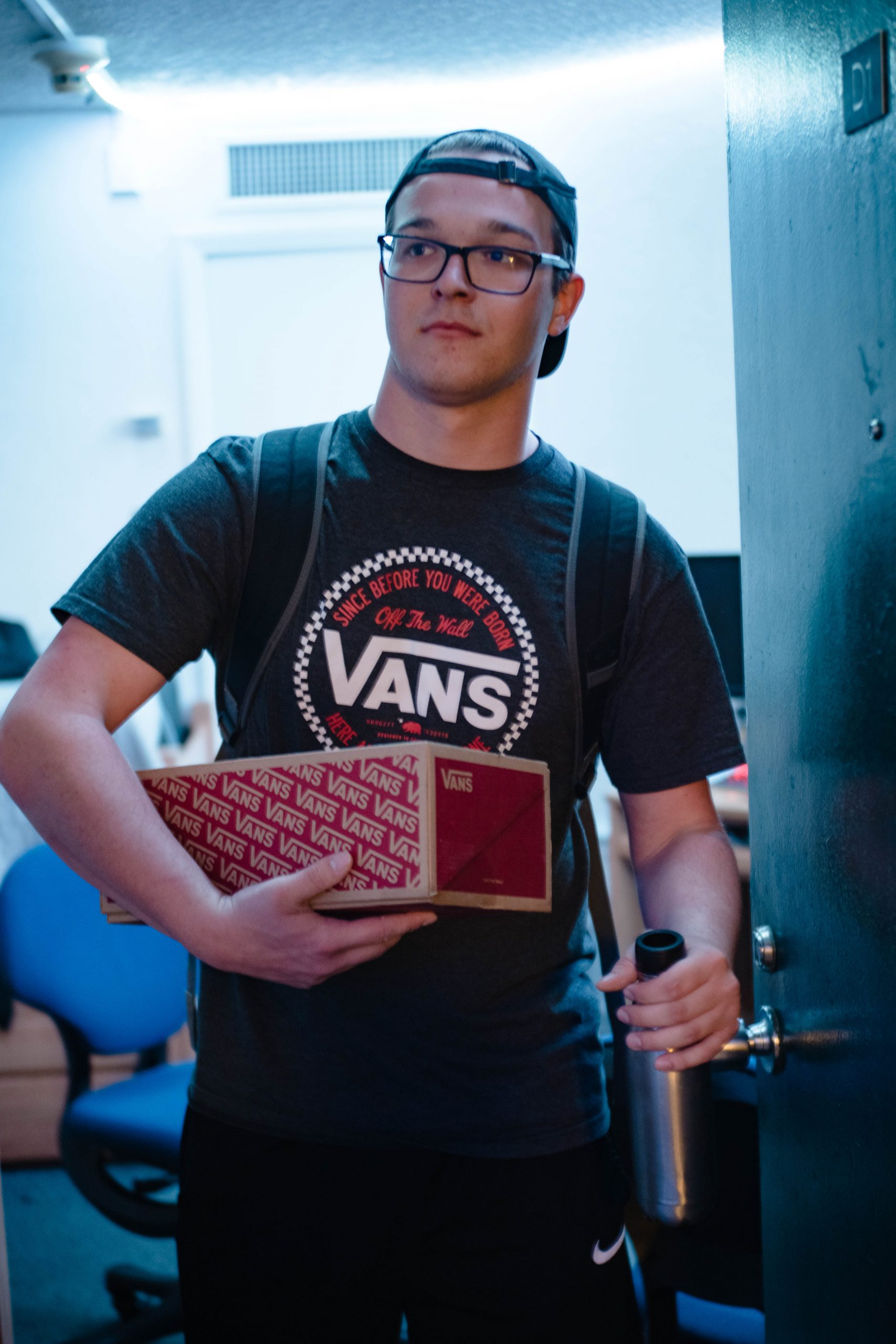 Henryk Conley, a freshman digital films major from Chino Hills, California, is moving back home due to the Covid-19 outbreak. Both Nisson Towers and Campus View Suites are offering students refunds if they move out by April 6. Photo by Nickelle Blanton.

On-campus housing is offering reimbursements to students who move out before the end of this semester.

On-campus housing is remaining open through the end of the spring semester, providing housing to those who are required to stay on campus, such as resident assistants, said Seth Gubler, director of housing and resident life.

Kyra Chambers, a sophomore communication studies major and resident assistant from Tooele, said she is required to stay on campus until May 4 since there are still residents living there.

If students are planning on moving back home to continue their remote learning, they may want to do it sooner rather than later.

President Richard “Biff” Williams said housing reimbursements will be offered to students who plan on moving out before April 7.

The housing reimbursement will provide students with the opportunity to either put their reimbursed money toward the fall 2020 semester housing rent or it can be put into their MyDixie account, which is connected to BankMobile. Gubler said if students opt for the MyDixie route, they can then transfer the money to their personal bank account through the options offered on the BankMobile site.

No off-campus housing management was able to comment as to why it’s not offered or if students are being offered any deals.

Gubler said it has been hard for on-campus housing to lose revenue, which helps pay employees, provide utilities and services, and fund maintenance and repairs.

Because of the lost revenue, Gubler said on-campus housing has to cut back on projects.

“We are having to run our operations very lean,” Gubler said.

Chambers said she hasn’t had many major problems aside from finding guests in dorms who are no longer allowed to be there to respect social distancing.

Chambers said she doesn’t foresee any major problems unless someone tests positive for COVID-19.

Gubler said applications for fall 2020 are still being accepted. Applications can be submitted through the housing website.

“I believe everyone is hopeful and looking forward to campus life returning to normal,” Gubler said.