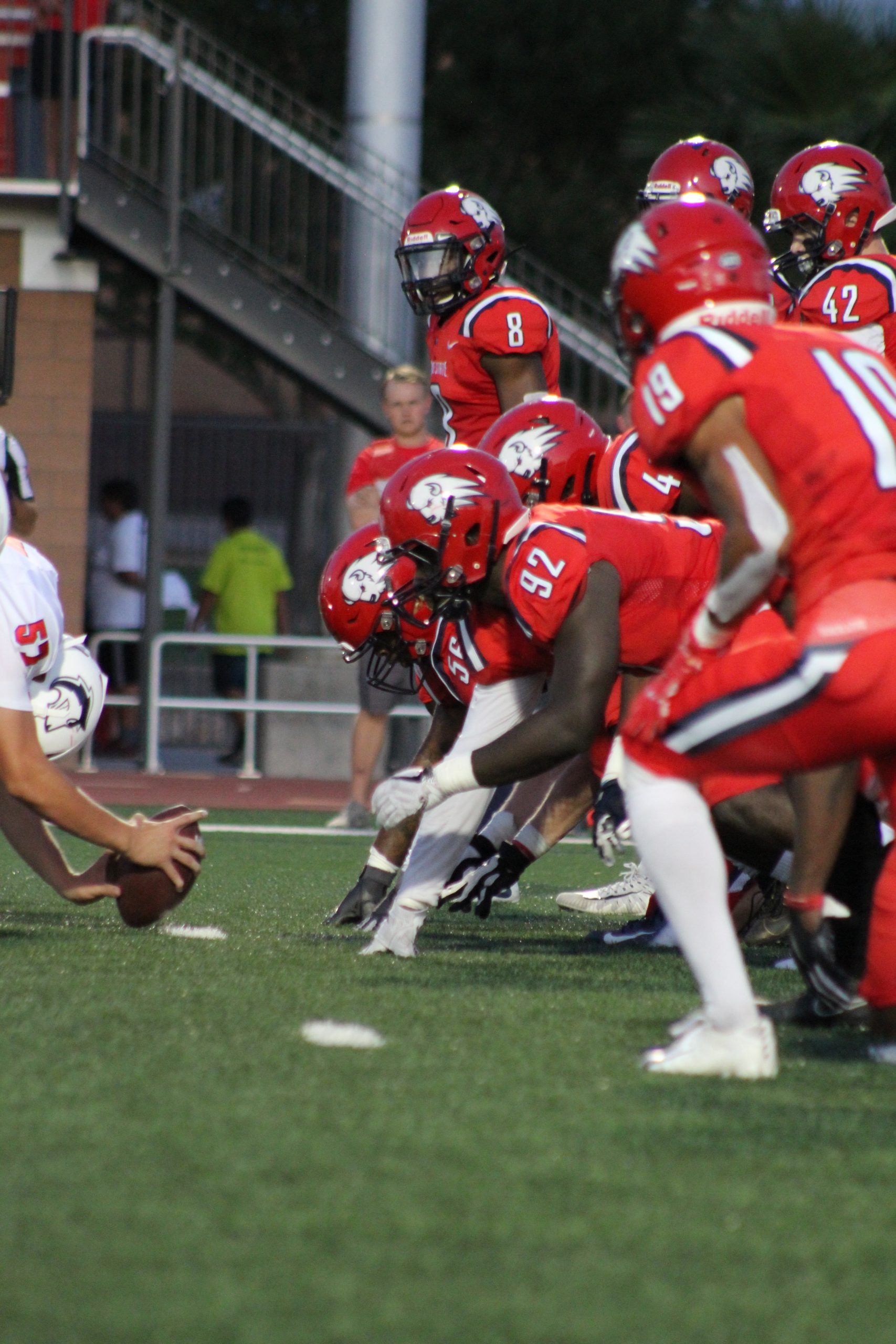 The Trailblazer football team lines up at Trailblazer stadium on Sept. 7. With Dixie State University athletics moving to Division I, recruiting efforts have increased and continue in light of COVID-19. Photo by Cammie Johnson.

Dixie State University is continuing its path of stepping up to higher competition for the Western Athletic Conference and Division I play.

DI universities typically bring in more talented, skilled and driven athletes to their schools because of the number of scholarships available.

DSU has competed well against other DI teams in the past and will remain competitive as the divisional transition continues for the Trailblazers.

One way DSU can take this to the next level is to increase its recruiting ability and bring in higher-level athletes for its respective sports. Recruiting plays a crucial role in continuing the program’s development and growth.

Grant said this can take hours upon hours of studying player tendencies, taking recruiting trips and getting to know the athletes.

“We have watched countless hours of film of potential student-athletes,” Grant said.

There are a variety factors that come into play when recruiting an athlete and coaches can do it in plenty of different ways.

“We obviously first look at the skill set of the player,” said Defensive Coordinator Tyler Almond. “We want to be able to project him playing at the [DI] level and how much [the athlete] could improve our program.”

While skill set is one major factor when getting recruited, Almond also said it is important for the individual to perform well off the field.

“After we think he can play at that level, we start to look at his transcripts and test scores to ensure that he will qualify with the NCAA and be accepted into our school,” Almond said.

The National Collegiate Athletic Association requires students to graduate high school, post a minimum of a 2.3 GPA and have a combined score on the ACT or SAT to match or exceed their GPA in the core courses, among other things.

The NCAA has currently put a dead period on recruiting because of COVID-19, but the ban may be lifted April 15.

“As soon as our quarantine ends and we are able to get out and recruit, I anticipate hitting the road and finding some ballers,” Grant said.

As of now, DSU football will kick off its season against Southern Utah University on Sept. 5 in Cedar City.