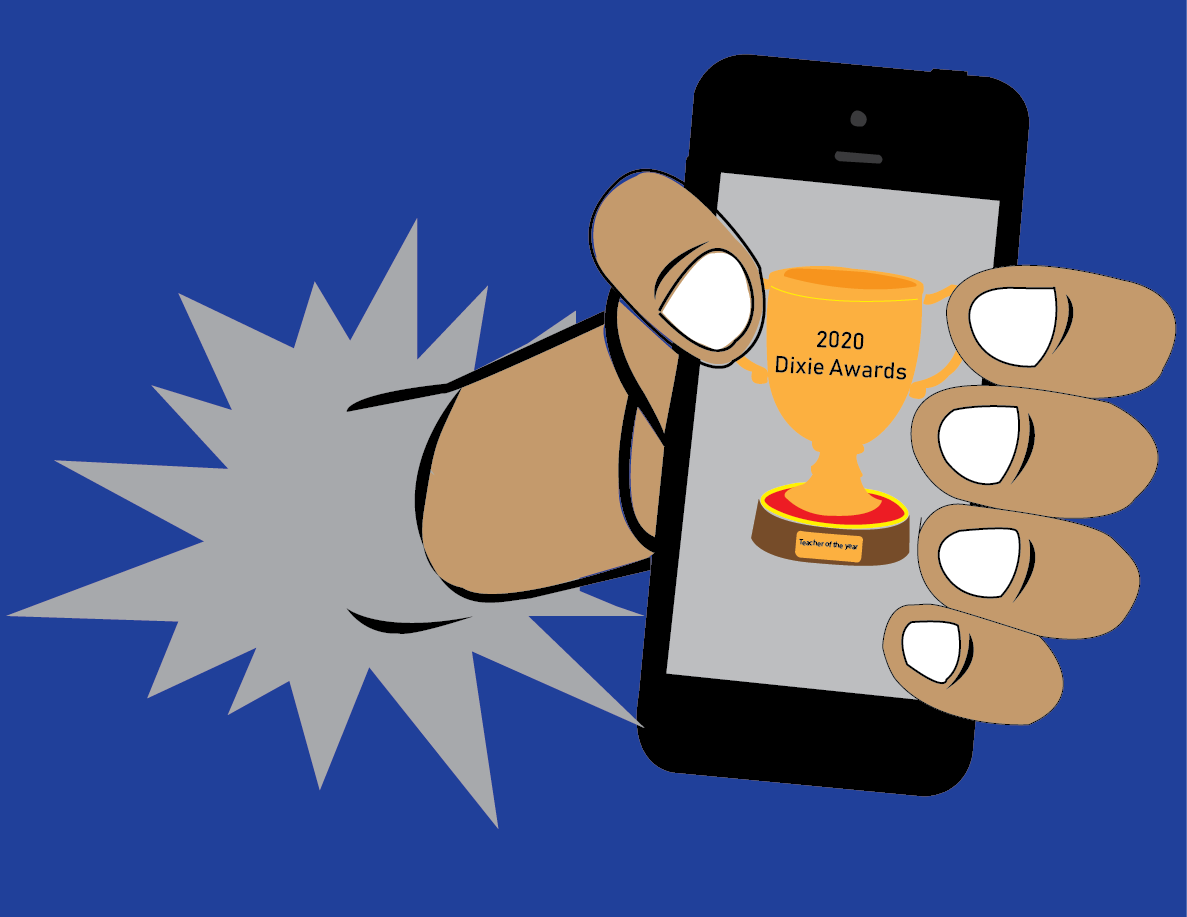 Dixie State University’s annual Dixie Awards may not be celebrated with its traditional ceremony this year.

Debbie Millet, administrative specialist for the Dean of Students, said as of now the ceremony is canceled for the previously scheduled date of April 10.

“We are waiting to see what directives will be given regarding this award ceremony, but it is too early at this point to make any conjectures,” Millet said. “We are continuing to have discussions about how, when and in what format to hold the Dixie Awards.”

Stacy Schmidt, public relations coordinator and finalist for staff member of the year, said the university has an opportunity to tap into its technological imagination to create an alternative way to honor those who win.

“If it’s more of a virtual celebration, it would be interesting because it would be different from how they’ve done it before,” Schmidt said. “I think it would still have magic [and] it would feel just as special.”

Schmidt said one possibility is to highlight the winners in DSU’s newsletter, on its website and through social media. She said the alumni board is working on something similar to honor those who win Evening of Dixie, which is another award ceremony during D-Week.

“I feel that [the university is] trying to get more creative about how we continue to celebrate each other,” Schmidt said. “Now is the time to … figure out ways to stay connected even if we can’t be in person.”

Schmidt said she isn’t necessarily disappointed for herself that the ceremony is postponed, but she was excited to celebrate the five finalists for the “Dixie Spirit” award.

The 13 awards are as follows:

Schmidt said it’s important that the university highlights these individuals on campus, especially students, because it shows appreciation and gives them a better experience.

Kaylyn Fulton, a senior dance and business major from Mooresville, North Carolina and finalist for female student of the year and entertainer of the year, said: “I’m so honored to have been nominated. Knowing that people see something special in me and felt as though I deserved an award for my efforts throughout the year is a really special feeling.”

The drawback of moving the ceremony to a later date is that students who are seniors won’t have this opportunity again, Schmidt said.

Fulton said although she is disappointed with the news, she does know it’s a difficult situation for the university to be in, and she knows administrators are doing what they can to make it work for students.

Fulton said however the awards can be celebrated will still be special because being recognized is award enough.

Schmidt said: “I actually feel understanding about the whole situation; I haven’t felt disappointed. It makes perfect sense … I definitely think it was the best choice.”

Schmidt said she did feel surprised and honored to be nominated for an award.

“Looking at others in my category like [DSU Police] Chief [Blair] Barfuss, I feel like just being recognized among that kind of caliber of employee is pretty cool,” Schmidt said.

This story will be updated as more information is announced.