OPINION: COVID-19 should be called Chinese Virus without claims of racism 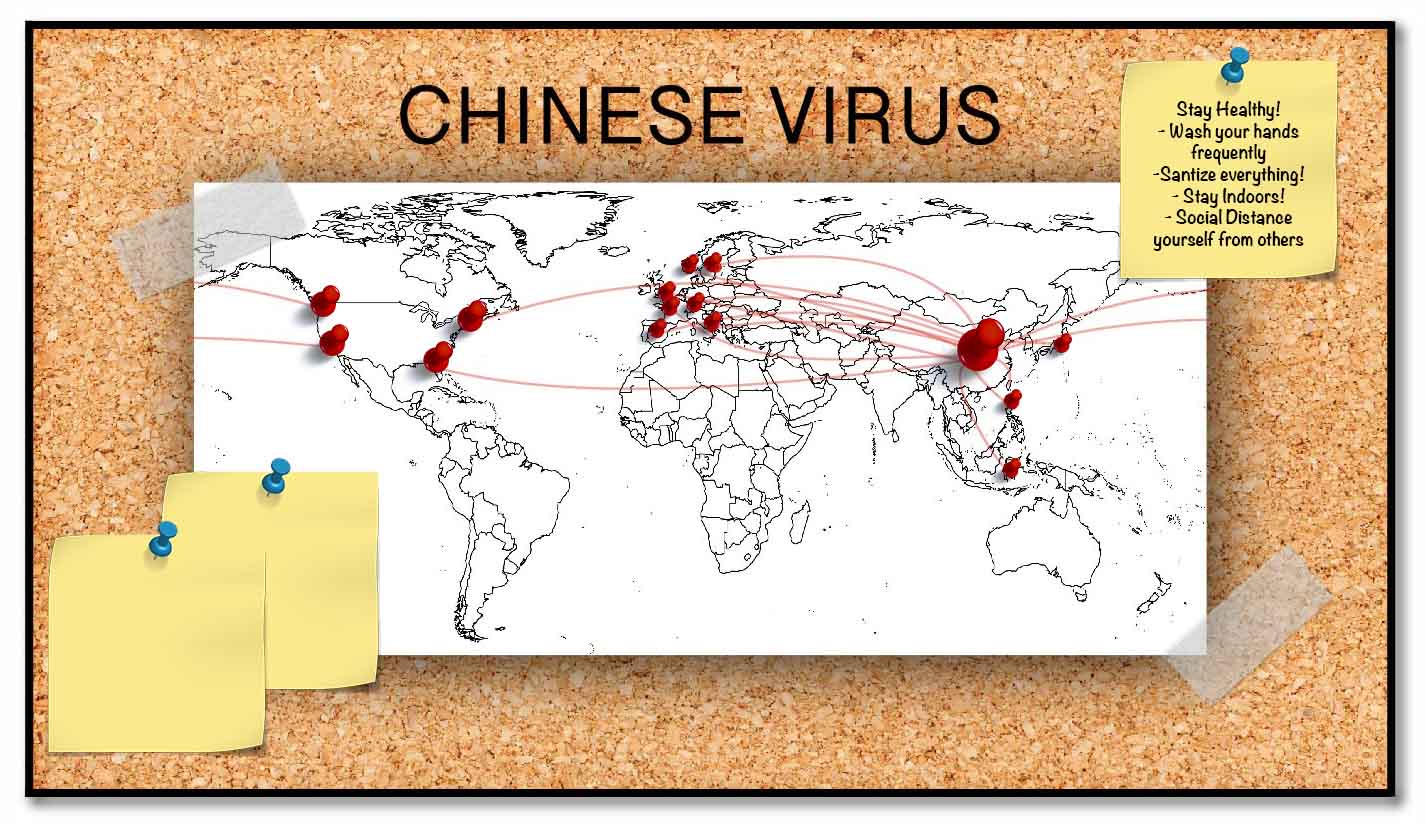 COVID-19 started in Wuhan, China and instantly spread around the world. Since the virus originated in China, people such as President Donald Trump started calling it the Chinese Virus. Graphic by Nickelle Blanton.

Calling COVID-19 the Chinese Virus is not racist.

While it’s been a scary time for most in the wake of recent health crises, there has been some uproar in communities over whether or not we should be saying the COVID-19 virus comes from China.

President Donald Trump has not shied away from stating where the virus originated in an article from The Daily Signal.

Asian Americans have shown their discontent with the president’s remarks. Some have said the remarks President Trump has made incite racism.

There should be nothing wrong with the naming of the Chinese Virus considering the names of other viruses we’ve had in the past, such as MERS, the Zika virus, the West Nile Virus and Ebola. There was no upheaval over those names.

While I haven’t been around for illnesses like the Spanish Flu or the West Nile Virus, I never heard anyone claim racist remarks when there were outbreaks of the Zika virus and Ebola.

I can understand Asian Americans being upset at the use of the term Chinese Virus, but I am completely astounded as to why anyone would attack President Trump and call him racist when he has been anything but.

On social media, many critics condemned the president’s use of the term.

CBS News said, “Evangelical pastor Eugene Cho called for the president to set an example of unity instead of finger-pointing when it comes to the virus.”

Cho later took to Twitter to say President Trump is instigating racism and hatred. How can someone instigate racism and hatred when they are stating the facts? After all, the first reported cases of the virus were discovered in Wuhan, China.

It’s been a very frustrating and trying time not only for Americans, but for everyone around the world. If there were hate crimes currently in our country against Asian Americans I’m confident that our media would inform us of such acts.

The reason why there is so much public discord is because people don’t like what they’re being told. You can disagree with someone personally or politically and still respect them. I don’t think calling COVID-19 the Chinese Virus is racist at all.

The main thing I’m seeing is people grasping at straws to be upset with anything that comes out of the president’s mouth. Would there be so much public discord if another president labeled the virus as such? The answer would be no.

Instead of having public discord, we need to come to terms with all of us being affected by the virus. We’re all in this together and it’s time we realize this.

If we continue down the path of public discord we aren’t going to trust or respect one another anymore. Go out and be the good you want to see so others can reciprocate.