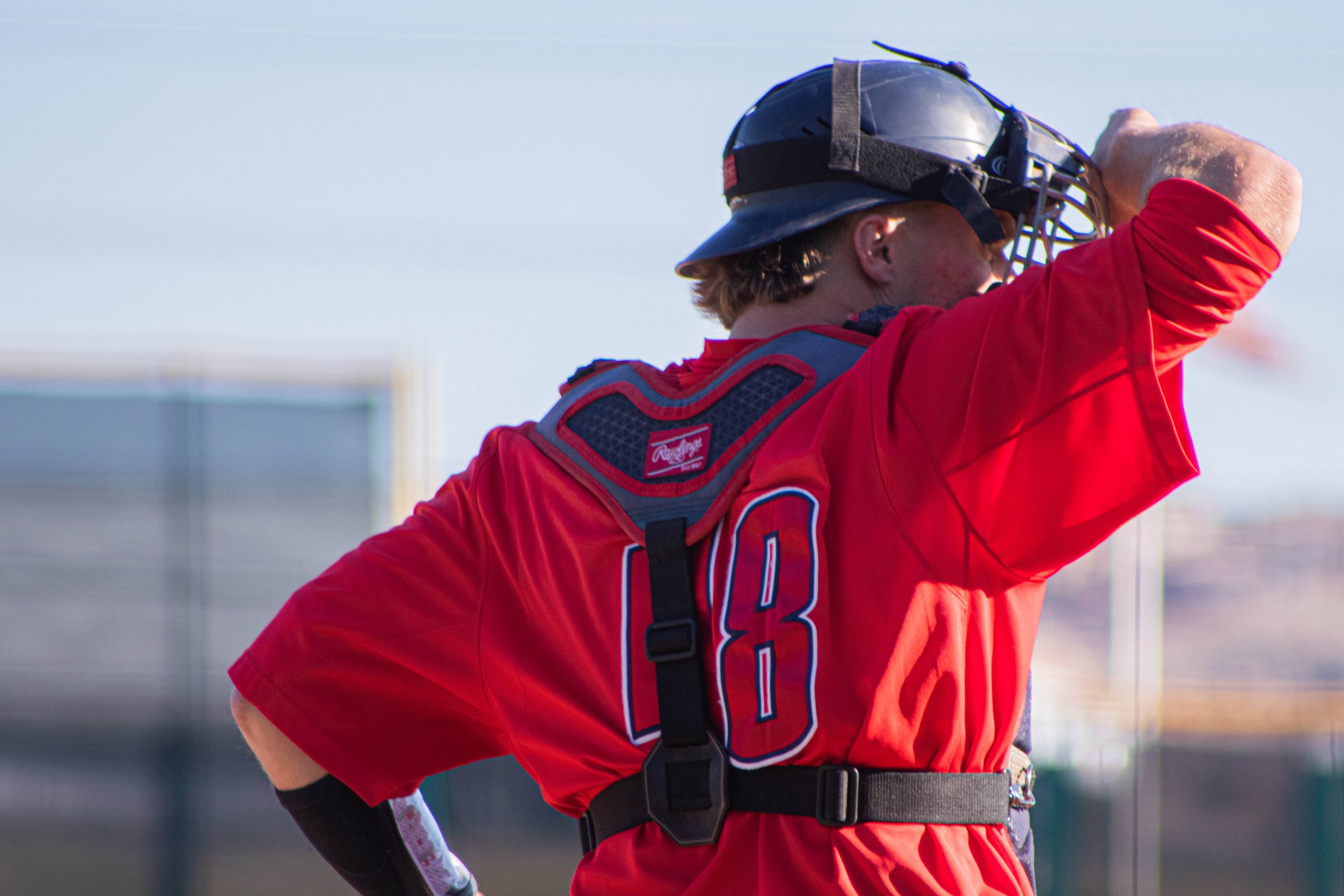 Cade Spurlin, a senior sociology major from Santa Clarita, California examines the field on the Trailblazers game on Feb. 23. Dixie State University athletics has now been canceled in light of COVID-19. Photo by Breanna Biorato.

A heartbreaking announcement came out on Mar. 13 in regard to the cancellation of Dixie State University’s remaining 2020 conference and non-conference spring athletic events and travel.

This decision was determined due to the continuous spread of the COVID-19 pandemic.

Randy Simkins, DSU’s softball head coach, said his team felt blindsided by the whole ordeal of the pandemic and the cancellation of athletic events.

“Having this affect the entire world and all sports allows us to see how big this really is and puts everything in perspective,” Simkins said.

Gahn said she and the other five seniors on the softball team are thrilled to start their new journeys in regard to their lives and careers earlier than expected despite the outcome.

Gahn said: “The five of us are very similar in our ways. We’re easy-going, positive, happy-to-be-lucky people and we are still trying to grasp how this could happen to us as a group. I know a lot of people across the country feel the same way as us. We need to be there for each other and we have been no matter what sport.”

With the cancellation of the Trailblazers’ spring athletic season, this ends the 14-year run as an NCAA Division II institution. DSU will begin the transition to Division I on July 1. The NCAA DI council will discuss eligibility relief for student-athletes to play another year on March 30.

However, Gahn said she has plans set in stone to become a student-teacher in Denver in the fall and going to Lithuania in the spring to teach English for four months.

“I have talked to my coach and other seniors about my decision and I have had nothing but positive support,” Gahn said. “You have to understand that this was the hardest decision to say no to, but like I said, I have plans. I am so grateful for what softball has taught me and I’m eager and excited to put forth what I’ve learned to my future.”

Baseball pitcher Preston Hannay, a business administration major from Murray, said it was unfortunate for the season to come to an end. He said the team came out of the gates swinging, but knowing they can’t finish what they started is a tough pill to swallow.

Hannay said he has not decided if he’ll take the opportunity to play DI baseball with the Trailblazers.

Hannay said: “I have had multiple phone calls with [coach Chris Pfatenhauer], past coaches and family members about [playing DI]. It’s a big decision and it’s a great opportunity to play DI baseball next year. I would also be a sixth-year senior and you don’t see very many of those.”

“We all understand that this is probably the best decision for the health and safety of everyone involved,” Simkins said.