PISA luau postponed, continues to give students a home 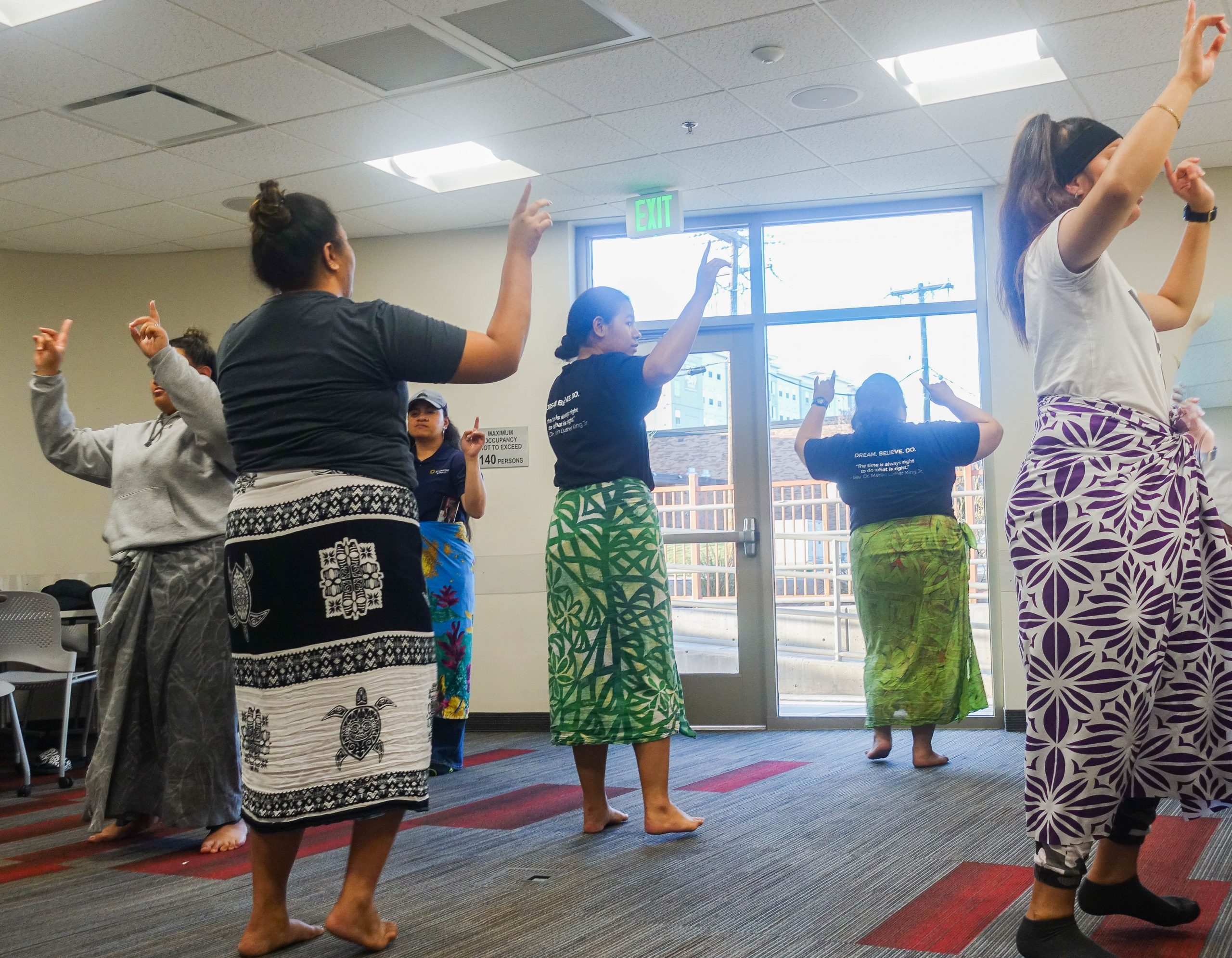 Members of the Pacific Islander Student Association practice for the luau in Campus View Suites which was to be held on April 4. The luau, along with other campus events, has been canceled in light of COVID-19 developments. Photo by Abby Doman.

Dixie State University has canceled all major events on campus to prevent the spread of the Coronavirus, including the Pacific Islander Student Association luau.

PISA has been working on preparing for the luau that was supposed to be held on April 4. Those plans were put on hold after the university canceled all major university events or mass gatherings on March 13.

Simaotua Tuia, PISA treasurer and junior accounting major from American Samoa, said they had been working towards perfecting the luau since last semester and are sad to report that all of the members who contributed their time and hard work won’t get to perform in the luau.

PISA was in charge of bringing the entertainment for the luau by performing dances native to the pacific islands at DSU.

Tuia said a luau is a traditional Hawaiian feast with entertainment. This year PISA was trying to include a variety of different dances from the islands.

Julia Faaiu, a junior accounting major from American Samoa, said she was sad all the members’ hard work wasn’t going to be showcased. The members who were dancing had put in months and months into practicing to be ready for the luau this spring.

“It’s a bummer we don’t get to showcase our work to the community of St. George,” Faaiu said. “All the members have put so much work into perfecting the dances and memorizing each hand movement.”

Although all the hard work the PISA put into the preparation of the luau isn’t being shown to the public, the club members said they still feel like PISA is like a home away from home for them.

Tehresa Palata, a junior criminal justice major from American Samoa, said since she joined PISA it has become like her second family. When she was feeling homesick, PISA always helped her through it.

“PISA made me feel included when I was missing home,” Palata said.

While the luau won’t be taking place this semester, the PISA club is still open to all students who might be interested in joining. PISA is currently looking into rescheduling the event for next semester to not waste their hard work.

PISA is still open for all students to join and can be reached at pisa@dixie.edu.