OPINION: It is time to take expired information out of DSU elevators 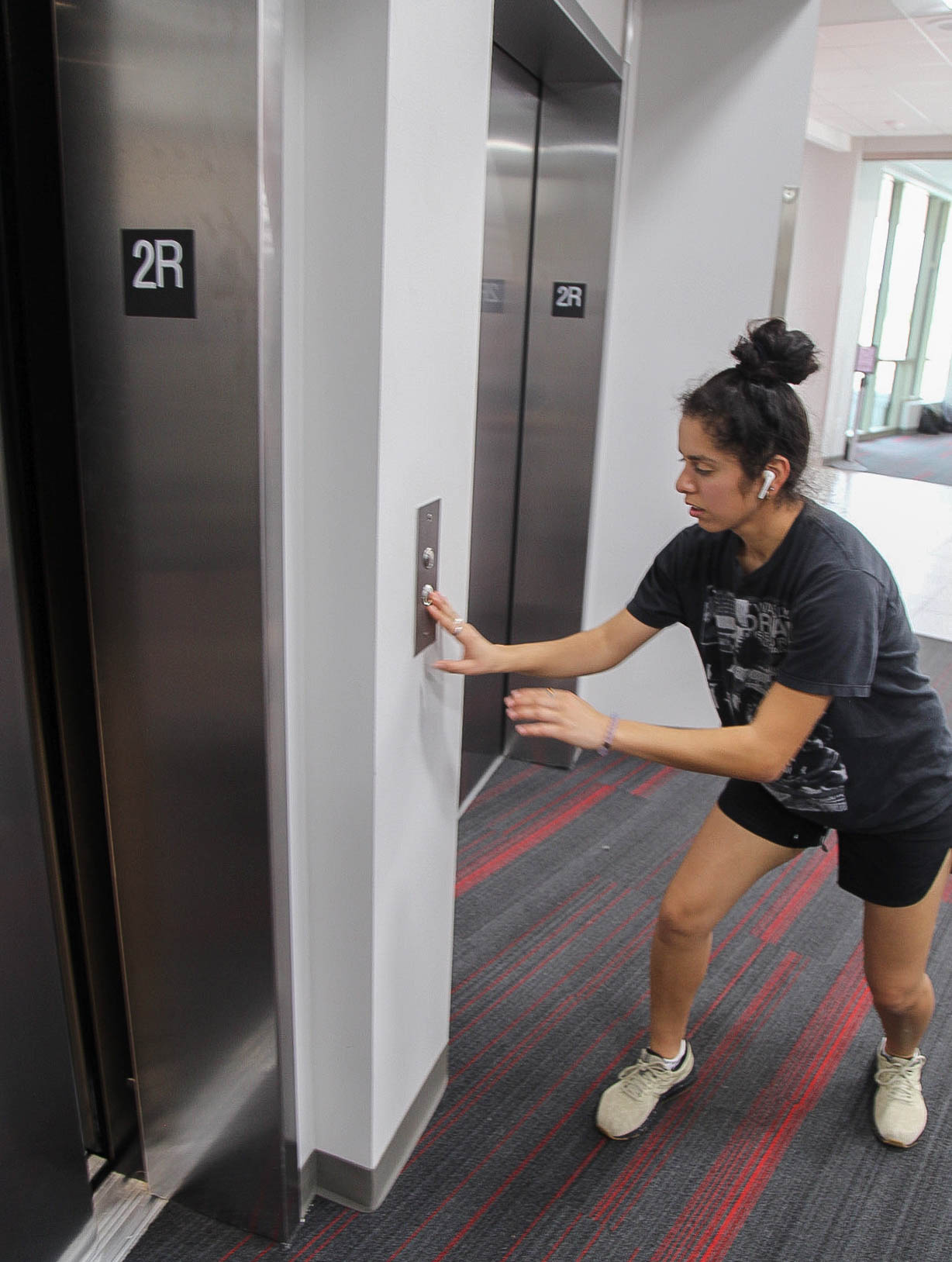 A few elevators at DSU have expired information in them. This information should be updated, Autumn Nuzman says. Photo by Jessica Johnson.

You’re in an elevator on campus and when you look up, you see that the displayed elevator permit expired the year you were born.

Most people would probably panic and run out of the elevator. I decided to investigate.

The permit displayed in the Kenneth N. Gardner Student Center’s elevator expired Dec. 18, 1998; the McDonald building’s elevator has an empty display case and makes reference to a permit office; other elevators don’t even have display cases.

According to Utah Administrative Code R616-3-7(c): “The Certificate of Inspection and Permit to Operate is valid for 24 months [and] shall be displayed in a conspicuous location for the entire validation period. If the certificate is displayed where accessible to the general public, as opposed to being in the elevator machine room, it must be protected under a transparent cover.”

OK, so permits aren’t required to be displayed in their respective elevators anymore. But what about the expired permit in the Kenneth N. Gardner Student Center? Fortunately, my fears in regard to safety have been allayed and I discovered through a records request that the expired elevator permit was just a forgotten relic and the elevator isn’t due for inspection until 2021.

Facilities Project Manager Nathan Eaton said aside from four elevators due for inspection on April 8, three of which are in the Holland building, all elevators and their permits are up to date.

To avoid frivolous lawsuits in the event of an elevator accident, the display cases and expired permit information in the older elevators on campus should at least be taken out if the new information isn’t going to be put in.

In a KUTV article, Eric Olsen, state labor commission spokesman, said, “When someone is hurt on an elevator or escalator, it can become a public relations nightmare … in addition to a personal injury lawsuit.”

Dixie State University certainly doesn’t need any more lawsuits, given the ones coming from former coaches and professors.

Another somewhat less terrifying public relations nightmare is the fact that the expired elevator permit has “DIXIE COLLEGE” stamped on it instead of “Dixie State University.” Given DSU’s efforts to expand its marketing and let people know it’s a university rather than a college, you’d think the same effort would be put into checking for marketing obstacles on campus, especially in the case of expired permits bearing its old name.