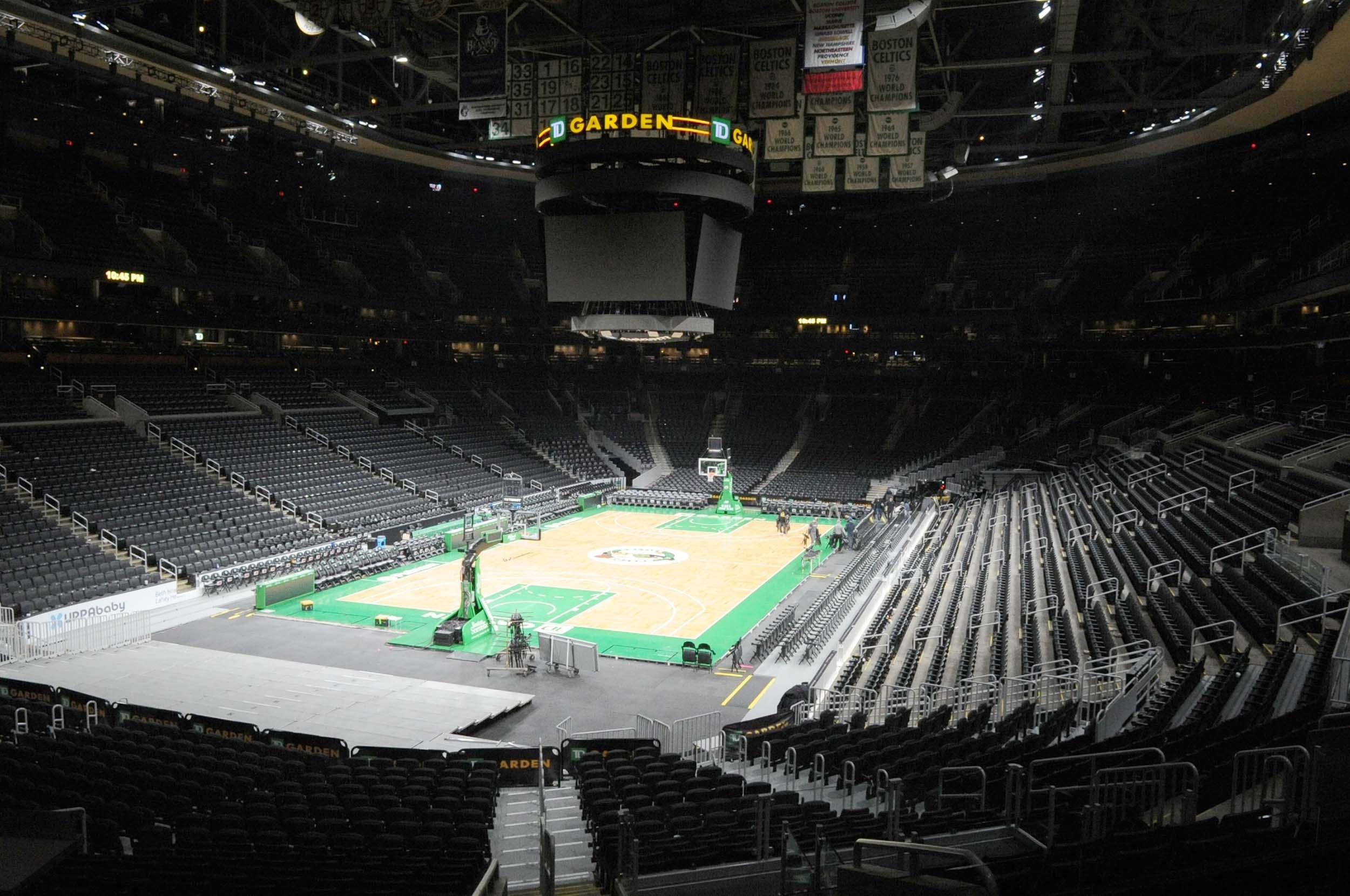 An empty arena at TD Garden on Wednesday, March 11, 2020 after the National Basketball Association announced the cancellation of the remaining season. This big announcement has impacted the students at DSU. Photo courtesy of TNS.

The National Basketball Association announced the suspension of the rest of the regular season until further notice after Rudy Gobert and Donovan Mitchell both tested positive for the coronavirus.

Because NBA players hold the position of role models and examples for individuals around the nation, this suspension has hit home for many people at Dixie State University.

“A sport I love has to close doors down due to the coronavirus,” said Ryan Martin, a junior media studies major from Chicago. “It’s sad but understanding.”

The DSU men’s basketball team last played on March 7 in the Rocky Mountain Athletic Conference tournament. They will enter the arena for competition again in Canyon, Texas, for the NCAA Division II tournament.

As of now, players will continue with the season, but games will not be open to the public, according to the DSU coronavirus information website.

“For me, traveling [causes worry],” guard Frank Staine, a freshman finance major from Inglewood, California, said. “It’s also a little more scary because we have to go through airports and more public places that put us at risk.”

The team will travel roughly 850 miles for its tournament. According to ESPN.com, the Division I NCAA tournament will be played without fans.

“I feel like if I was a player and asked to play a game without fans, I would rather not play,” guard Ali Franks, a senior communication studies major from Redding, California, said. “The fact that they aren’t letting any fans come to any sports events really shows how serious this virus is; that’s a lot of money and a lot of angry people.”

With the news about the NBA suspending their season and the NCAA Division I tournament being played without in-arena fans, it is causing some to re-evaluate their thoughts on the virus and the situation occurring.

“The NBA suspending their season so quickly has me a little concerned about the virus spreading,” Staine said. “I wasn’t really panicking, but now it’s opening my eyes a little more. “

Although it is unlikely for the virus to arrive at DSU, it is still important for the administration, faculty and students to do what they can to be healthy.

“It worries me about the fans and families that travel farther and longer to support us,” Franks said. “I want them all to be safe and make sure they are doing everything they can [to stay healthy].”

DSU administration has also moved all classes to an online format to keep students safe.

“I have had online classes and I struggled and passed,” Kelly said. “But then again, the safety of the school is important, and my fears of getting the disease are there.”

For more information about how COVID-19 is affecting DSU, visit https://wellness.dixie.edu/coronavirus-information/.