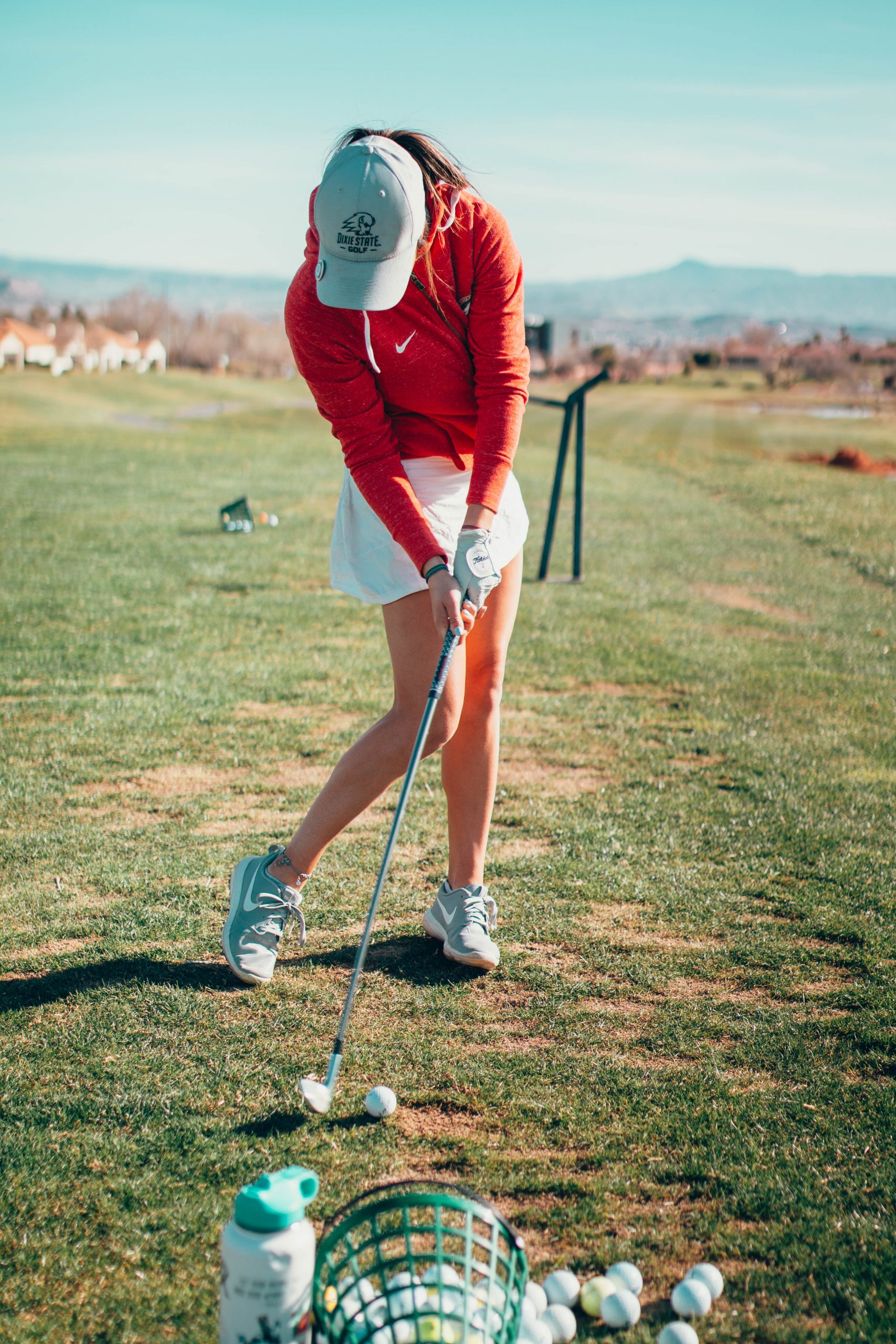 Abbey Porter, a freshman biology major from Alpine, Utah, working out on the driving range during the team's last practice before it heads out to Florida for a tournament. Photo by Nickelle Blanton.

The Dixie State University women’s golf team will travel almost 2,000 miles to Destin, Florida for their upcoming classic on March 8-10.

The team has placed in the top half of all of its competitions this season and posted first place in their first invitational to start the season off on the right track.

The Trailblazers will face a challenging experience as they travel great distances for the classic, face the humidity and possible rain Florida has to offer, and play on a golf course they aren’t familiar with.

“I am really excited for this upcoming event because it is a little further away from home for us, which is very exciting,” said Abbey Porter, a freshman biology major from Alpine. “[I’m excited] to just be with my team and push each other to do as good as we can.”

This event starts off the second half of the season. There are only four remaining tournaments left before postseason play begins.

“We are going to take it one tournament at a time but we have a goal to win our first conference championship in April,” Stucki said.

Ashley Fernandez, a senior English and communication major from Anaheim, California, is the only senior for the woman’s golf team and has learned from this position.

“I feel that being a senior on the team has brought a newfound responsibility,” Fernadez said. “With the experience I have gained I try my best to give some of the younger girls tips on how to prepare for tournaments, especially if I have played the course before.”

With only four tournaments left, we can expect the team to continue to fine-tune its game as they move towards its goals.

“This season I’m really focused on helping the team make it to regionals,” Fernandez said. “This is something we haven’t done and we have a great chance of doing that this year.”

After the Trailblazers return home from Florida, they will prepare for the Holy Names/Mikuni Shushi shootout on March 16-17 in Lincoln, California.