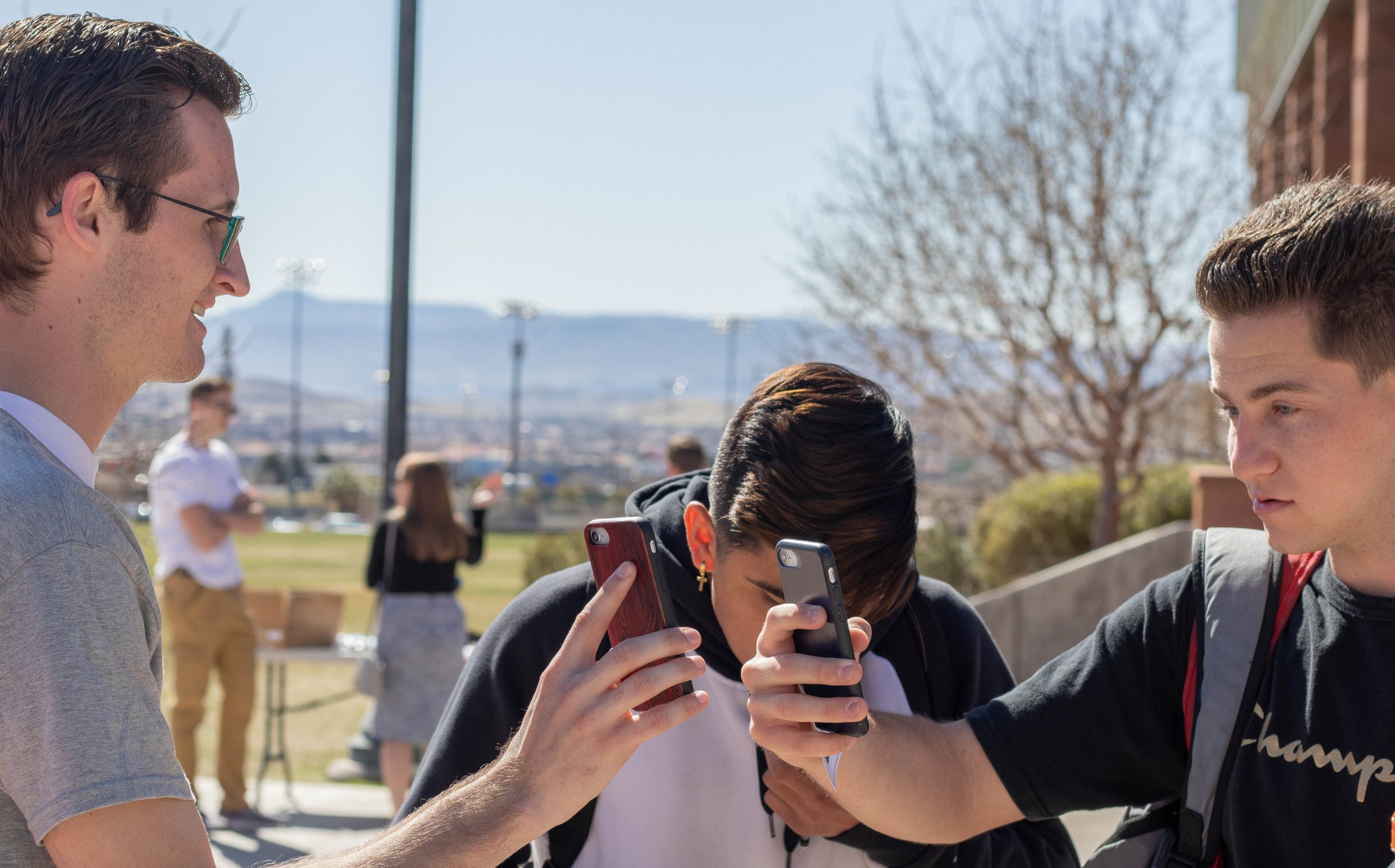 The first round of the Dixie State University student body president election is complete: Ryan Miggin, a junior accounting major from Syracuse, and Penny Mills, a junior communication studies major from Orem, will be moving forward for the final voting period March 10-12.

Ava Chollet, a junior biology major from Covina, California, was eliminated with the results announced March 5.

Mills received the highest number of votes bringing in 572, Miggin placed second with 546 and Ava Chollet finished with 445.

“I felt all of the feels [after getting the results]: relief, excitement, nervousness, and even sadness for those that didn’t progress to the finals,” said Mills. “They are all amazing and will continue to do great things here at [DSU].”

Mills said students should vote for her because she is passionate about helping students thrive rather than just surviving their college experience.

“I want students to be confident and proud of our amazing university as well as its growth, but realize we all have to be part of that change,” Mills said.

Miggin said he is a big supporter of wanting students to feel like they are represented.

“I believe students should vote for me because my entire goal is to represent them exactly how they want to be represented,” Miggin said. “I plan on spending my year as president creating a culture of inclusion and success where students come to be involved and where they are taught in class how to succeed after college.”

Miggin said students can directly email him with any ideas, thoughts or concerns at ryanmigginyourvoice@gmail.com.

A debate will be held between the finalists on March 10 in the Kenneth N. Gardner Center living room at noon.

The final section of voting continues March 10 – 12 and will end at 1 p.m. Students can expect to vote for the final elections through Canvas or through a link sent by email.