Horatius At The Bridge spoke volumes to the audience 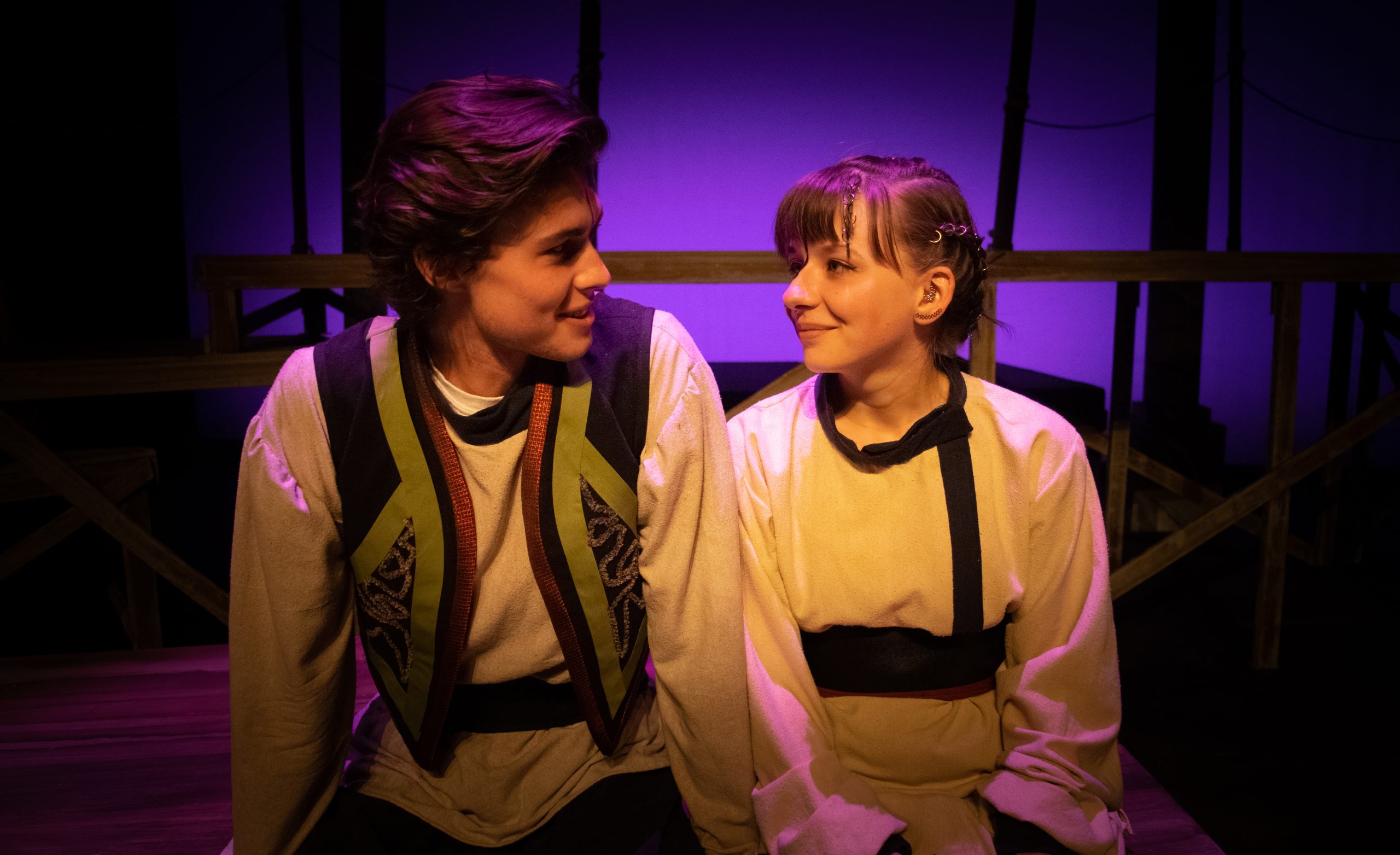 “Horatius At The Bridge,” a pantomime play produced by by Micheal Harding, associate professor of theater, debuted at Dixie State University Feb. 26-29 at the Dolores Doré Eccles Fine Arts Center. The production contained elements of Greek, pantomime and original work so theater students could hit all the major genres they need in order to graduate. Photo courtesy of Fred Tucker.

“Horatius At The Bridge” may have been a silent production, but it spoke volumes to the audience

The play was presented as a pantomime, which is when the actors mostly use sound effects, grunts and music while acting; there is no dialogue in these types of plays.

“Horatius At The Bridge” was produced by Micheal Harding, associate professor of theater. The production aired the Feb. 26-29 at the Eccles Mainstage and was free admission.

By fighting viciously upon their wooden bridge and dancing across the stage, actors showcased the original written story of the play they’ve been practicing since fall semester.

“Horatius At The Bridge” tells the story of two twin sons, Demetius and Horatius, born to the king and queen. Their father, the king, fights against a neighboring enemy and takes their king’s daughter and the twin’s sister, Venezia, as a hostage to marry one of his sons. The queen soon falls ill and dies, leaving the king heartbroken. He then kills himself, leaving his sons a scroll to tell who is the king next. Demetius is next in line to be king and to marry Venezia.

The nearly silent play is full of plot twists and chaos.

The production has elements of Greek, pantomimes and original work so theater students can hit all the major genres that they need in order to graduate, said Chelsea Richards, theater program director.

Although the play is composed of darker stories, students still came out and enjoyed the play the theater program produced, said Richards.

Connor Buehner, a theatre major from Salt Lake City, who also plays Horatius, said that actors practiced every night for around three hours to make sure they produced their best work.

“All actors have been enthusiastic about the production and their hard work has finally paid off as they end the last show,” said Jeff Jarvis, dean college of the arts.

If you missed “Horatius At The Bridge,” another theater production, “Proof,” is set to debut at DSU.

“Proof” is about a girl who’s father is an insane mathematician and she then starts to believe she is following in his footsteps and becoming insane. The play revolves around math equations, numbers and ideas. Keep an eye out for “Proof” in late March at the black box in the Dolores Doré Eccles Fine Arts Center.