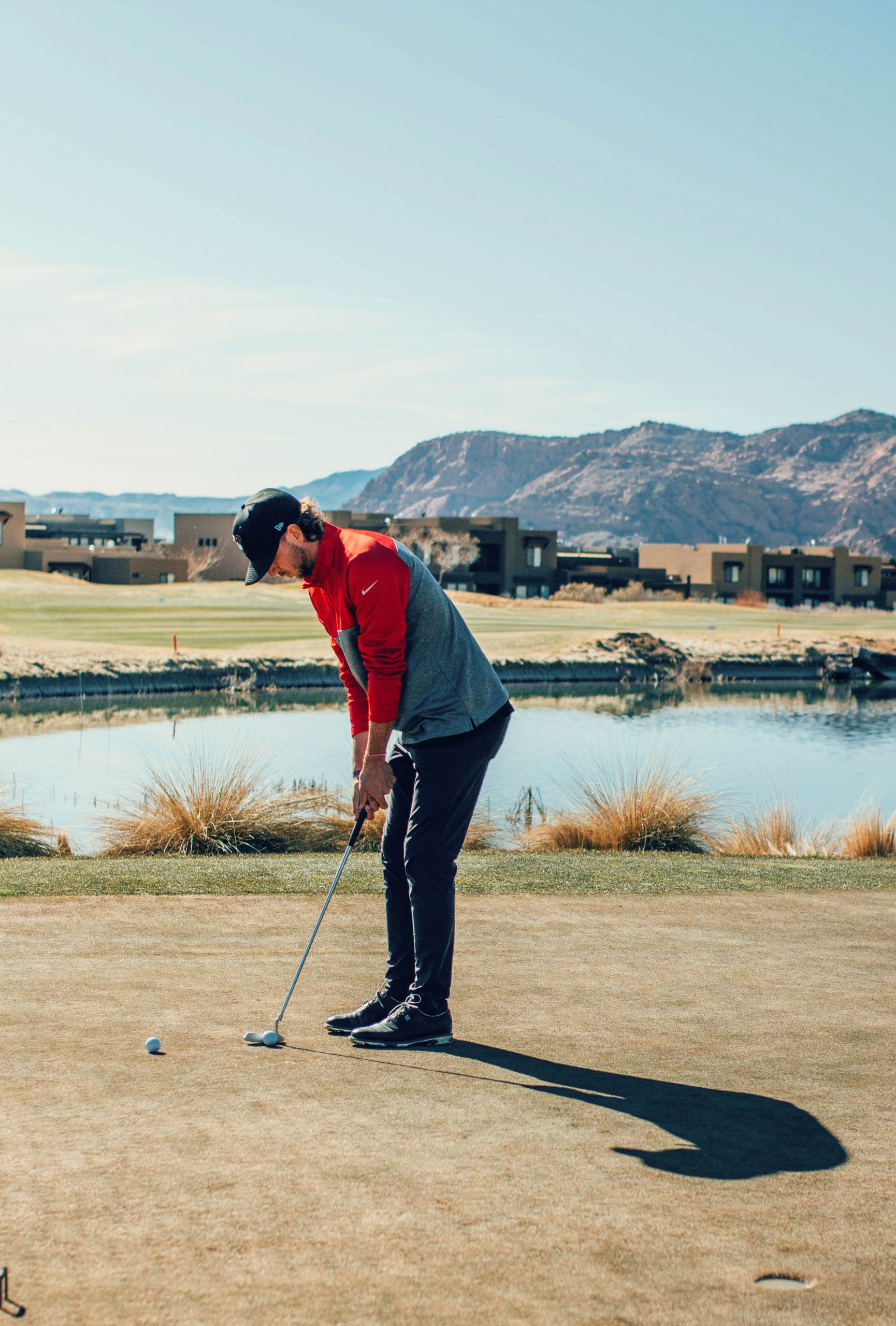 After almost four months of being out of action, the Dixie State University men’s golf team is getting back into the groove of competing.

Davis Heslington, a sophomore criminal justice major from Beaver, said the team is thrilled to be playing again after a long break and feeling refreshed.

“I think sometimes it’s easy to get burned out, [we] get a little break and [we] get back into it,” Heslington said. “[We] have a lot of energy and excitement about getting back into the groove of things.”

The Trailblazer’s first match back was at the California Baptist Lancers Joust on Feb. 24-25. The team had a rough return. After day one, the Trailblazers stood No. 10 out of 13 teams at the tournament and shot plus 25-587.

Brock Nielson, a junior communication studies major from Salem, had the best score after day one; finishing plus 6-146 and being in a seven-way tie as No. 27.

On day two, the tournament took a turn for the worse. The Trailblazers were battling 40 miles per hour winds; however, the team managed to move up one spot on the leaderboards and finished as No. 9. Heslington finished as DSU’s best golfer by shooting plus-13 223 and placing No. 20.

Heslington said he took advantage of the 40 miles per hour winds since he plays better with wind. He said grinding everything out, hitting the ball good, making good puts, staying in the moment and staying mentally tough is what got him through playing in the tough weather conditions.

Heslington said: “Things [won’t] go your way, especially when it’s that windy; you can’t control everything. You almost got to have fun with it and laugh about things and try as hard as you can because it’s the way it is and in those conditions it’s tough.”

On the other hand, Nielson dropped in the leaderboards to a seven-way tie for No. 47 and shooting plus 19-229.

“I wanted to climb the leaderboard and thought if I could throw a good round together, I could make up some shots on the guys in front of me just because of how bad the weather was, but it didn’t work out that way,” Nielson said.

Head coach Brad Sutterfield said his team is rusty in a few places and he was not happy with the results, but not overly disappointed.

“We got a lot of work to do, but I’m encouraged by some of the things I saw,” Sutterfield said.

Sutterfield said one of the reasons that he wanted his team to be in the tournament was because of next year’s move to DI. He said the tournament would be a good gauge of what the team needs to do, see where they’re at, and giving the team confidence for DII events.

DSU’s next match will be at the Notre Dame De Namur Argonaut Invitational.

Heslington said he’s glad the team competed at the California Baptist Lancers Joust because it toughened up the team by playing in bad weather conditions and playing against tough teams.

Heslington said: “[The tournament was] a good stepping stone to start our season out. Tough course, tough conditions, and it shows us what we need to work on.”