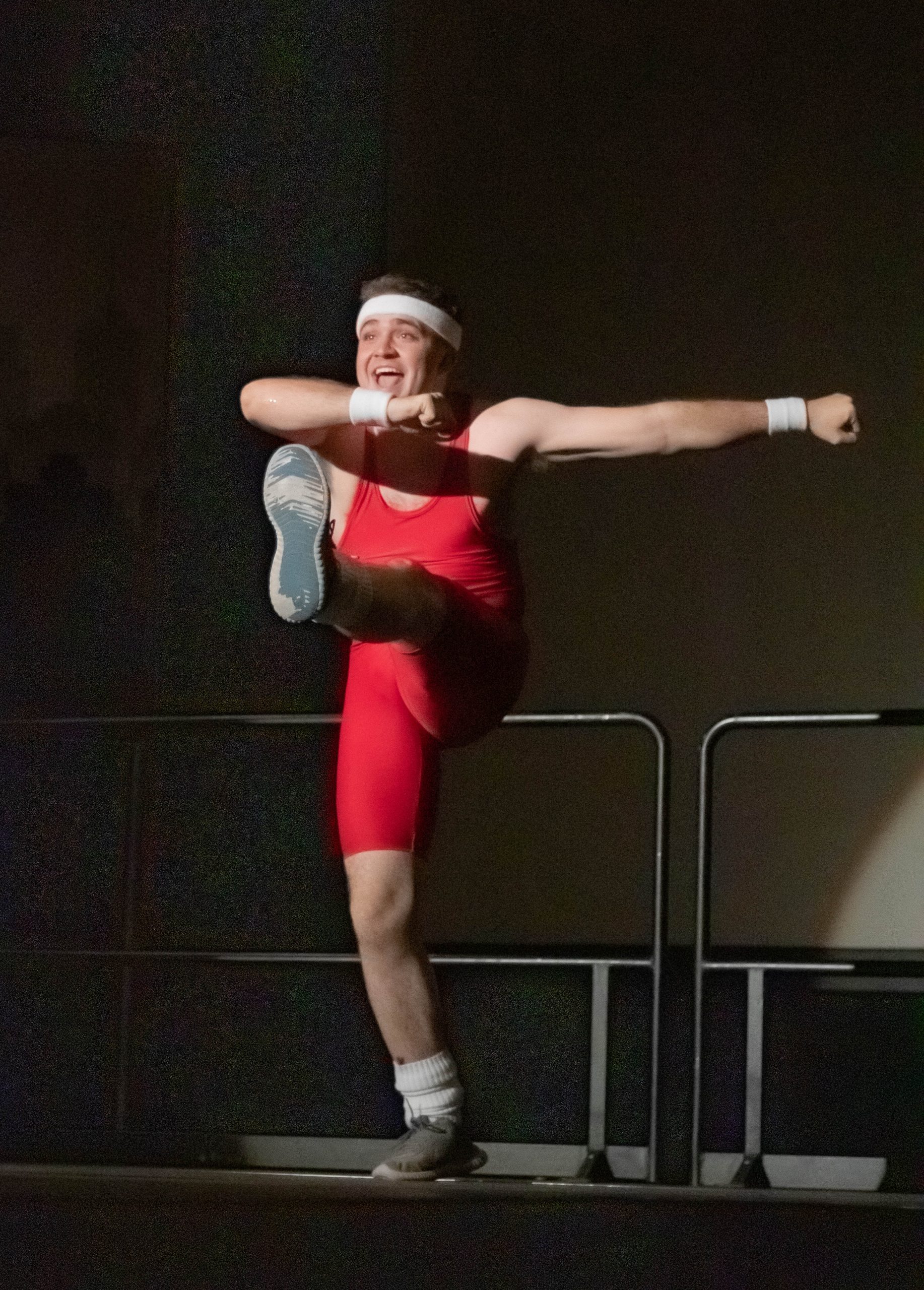 Six competitors of the Mr. Dixie 2020 James Bond themed pageant took the stage by embodying their inner spy by cartwheeling, jumping and running on stage to music.

Jefferson Beatty, a sophomore mechanical engineering major from St. George, earned the title of Mr. Dixie 2020, keeping the family tradition alive. Beatty’s mother was a former Miss Dixie winner; as was his sister, Krissia Beatty, who also went on to win Miss Utah.

“I’m glad I can carry on the tradition, even if it’s just a spoof pageant,” Beatty said. “It feels good to be part of the family.”

While Mr. Dixie is a spoof pageant and not a part of a greater organization like Miss Dixie, the contestants were still judged in the following similar categories: activewear, on-stage interviews, platform, evening wear and talent.

Beatty walked the “runway” stage with his northern during the evening wear portion where he showed off a white tuxedo. He performed a high-energy jazzercise routine for his talent, complete with sweatbands and ribbons.

The first runner-up was Evander Benedicto, a senior accounting major from Cebu City, Philippines. For his talent, Benedicto played the guitar while singing an original song about DSU and highlighting how he met his fiancé here. The performance ended with him on his knee once again, to reenact their proposal. She also joined him on the stage for the evening wear portion.

“My favorite moment was the camaraderie between everyone in the back,” Benedicto said. “Everyone was just having fun. At one point I was playing the guitar and we were all just singing along back there.”

Benedicto said more people need to get involved in the pageant because it is an unmatched experience.

“We only had six contestants and this kind of experience should be shared with a whole bunch more people,” Benedicto said. “It’s an experience that’s not worth missing out on.”

The second runner-up was Cory Obray, a junior graphic design major from Calgary Alberta, Canada. Obray performed a swan lake ballet piece for his talent, adding his own comedic spin to it.

Mr. Dixie 2019 winner Brett Coleman, a senior communication studies major from Midway, said this competition is all about representing DSU.

Coleman said: “Be yourself, but remember you are here to represent Dixie State [University]. It’s about embodying that. Focus on what it means to be a Trailblazer and to be at [DSU], and you’re going to be more likely to win.”

Beatty said he will now go on to proudly wear his crown and sash until he fulfills the duty of hosting next year’s Mr. Dixie pageant.

“I am proud of how much work the guys put in,” Coleman said. “Tonight really showed how much they care about [DSU] and want to find success as students who are involved and have a good time on campus. Ultimately, being involved is what Mr. Dixie is about.”