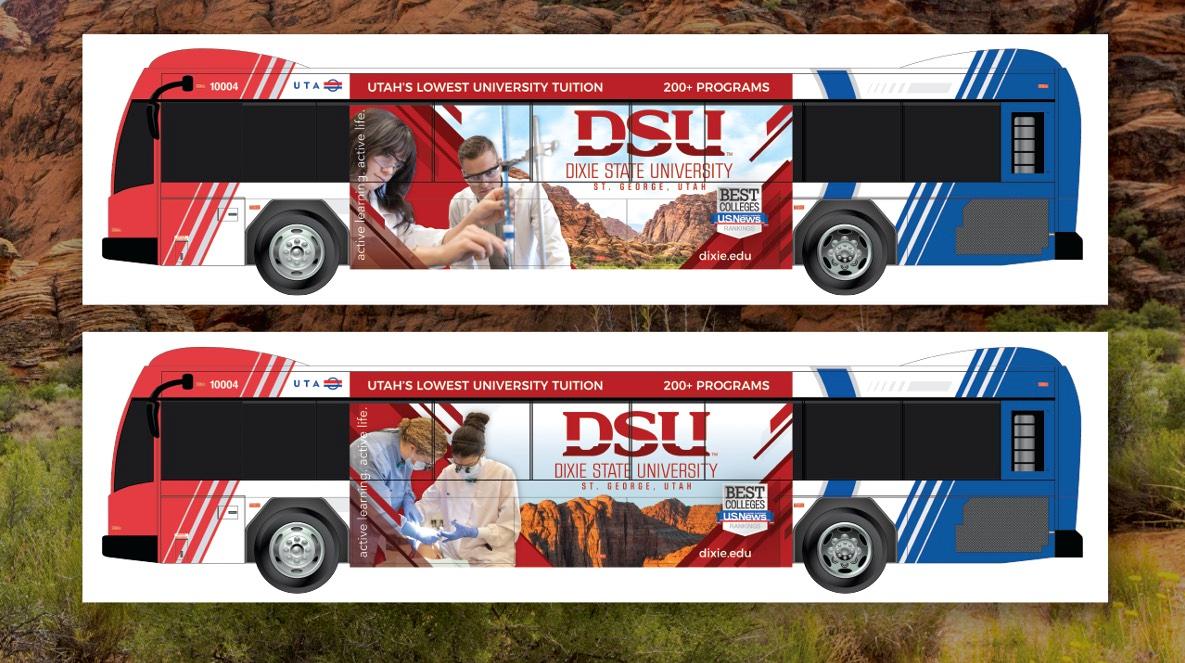 Dixie State University is working on changing it’s perception in cities around Utah; the administration is implementing new marketing strategies to fix that.

Jordan Sharp, vice president of marketing and communication, said he conducted surveys about the perception of DSU to other communities around Utah in January; to his surprise, DSU wasn’t even recognized at all by a majority of the people involved in the surveys around the Wasatch front area.

Sharp said after realizing the administration was putting the focus on informing just the local community about their improvements, he decided to work on expanding the advertising and marketing throughout Utah.

“The only way to reach them is through an aggressive marketing strategy to tell them our story,” Sharp said.

He’s been working on pushing marketing plans and expanding DSU’s perception, Sharp said. Most people didn’t even know that DSU is a four-year university with Masters programs.

“The findings were that there was a lack of understanding, academic offerings [and] academic reputation,” Sharp said. “The bottom line was [the survey subjects] didn’t know anything about us, but they were interested.”

Valerie De La O, a senior media studies major from Whittier, California and a graphic designer for university marketing and communication, designed and is pictured in the new billboards that DSU is planting across Utah.

“[Sharp] was the one with the vision for design and I just brought it to life,” De La O said. “We wanted to make them simple, but remind people what makes [DSU], [DSU].”

There are a total of printed  which are all themed after different departments at DSU. Each of the billboards highlights a specific college as well as a current or past student of DSU, De La O said.

“I’m extremely honored to be one of the many faces of DSU,” De La O . “As a minority student, I like that [DSU] is taking strides to promote and advertise their diverse student body and I am excited to see this initiative grow.”

Billboards are just one of the tactics that DSU is using to market other locations across Utah, President “Biff” Williams said. Others include transportation marketing on tracks and buses, magazines, social media advertisements and television broadcasting segments, which consist of collaboration between DSU and other organizations, such as Fresh Living, Studio Five, Good Things Utah and a KSL weather cam on campus.

“There are validators on every campus, and being part of Division I is one of them, so it is definitely a part of our marketing program,” Williams said.

Being a part of Division I puts a rigor in student-athletes; they have to meet higher standards academically, which benefits them, Williams said.

This is DSU’s first major marketing plan and it has been successful so far, Sharp said.

“It’s that red sand in your shoes, it’s that one on one classroom time and that you’ll actually know your professor and staff for a lifetime,” Williams said. “That’s what we’re trying to portray through this marketing plan to show people we have something special. So come and join us.”