Ups and downs of Trailblazer baseball 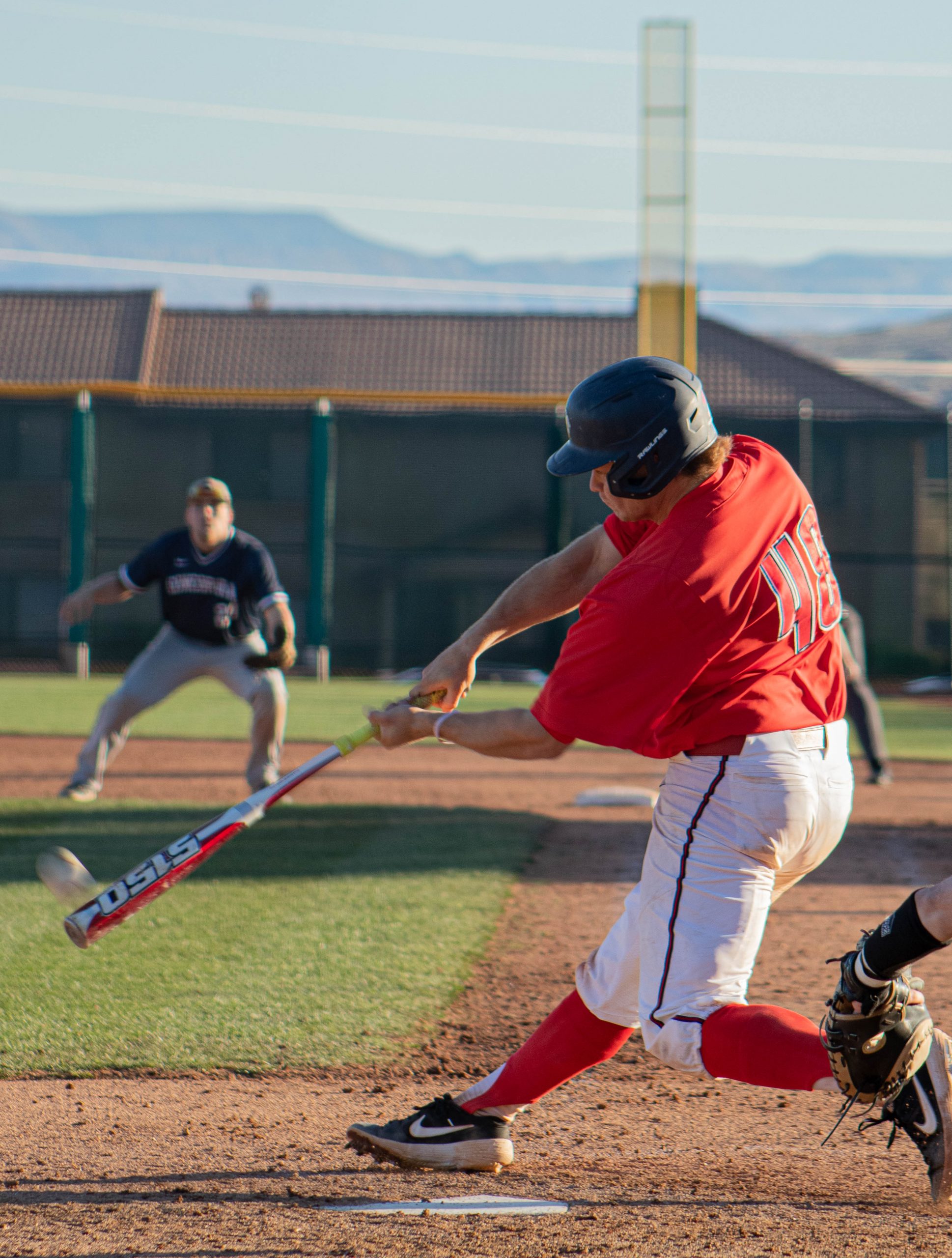 Cade Spurlin, a senior sociology major from Santa Clarita, California hits a out of the park homerun against Concordia on Feb. 23. This will be his fourth home run in the current season. Photo by Breanna Biorato.

The Trailblazer baseball team wrapped up its weekend homestand against Concordia University. Dropping the first game 0-2, Dixie State University responded in the second game coming out on top 10-4.

Before the season started, coach Pfatenhauer was confident in the hitting power the team had, and it definitely showed its potential on Sunday. Through 24 at bats, the team posted 10 hits halfway through the second game of the twin bill. This could be a huge force throughout the season as most teams would hope to have this strong offensive presence to continue the season.

The Trailblazers were too inconsistent this Sunday; having only three hits in the first game of the day, followed by 12 right after. This type of play makes it hard to know which team will show up to swing the bats. One can argue that the different pitchers determine how well the opposing team can score. Despite the change in pitchers, there was an evident discrepancy between the two games for DSU at the plate.

The Trailblazers were also inconsistent with how many errors they possessed; two the first game, and zero in the second, the team didn’t look disciplined in the first, but did in the second game. It played a much cleaner, tighter and sound game to send the Cavaliers back on the bus for their long road home.

The trailblazers also showed that they were relentless. In the second game of the double-header, the trailblazers responded time and time again to keep their lead at a safe distance. The game was tied 3-3 after Concordia placed two runs in the third inning. To counter, the ‘blazers responded with two more in the bottom of the fourth and four more in the fifth inning.

This type of mindset can really push them up in conference play, and set themselves up well for postseason play and standings.

it is early in the season, and I’m looking forward for more baseball action at Bruce Hurst Field. As the team looks to create their identity over the next couple of weeks, we can expect them to settle in and become more consistent in their play.

DSU will be back in action at home on Mar. 6-8 to take on the Adams State University Grizzlies in a four game weekend homestand.