DSU football serves in the community 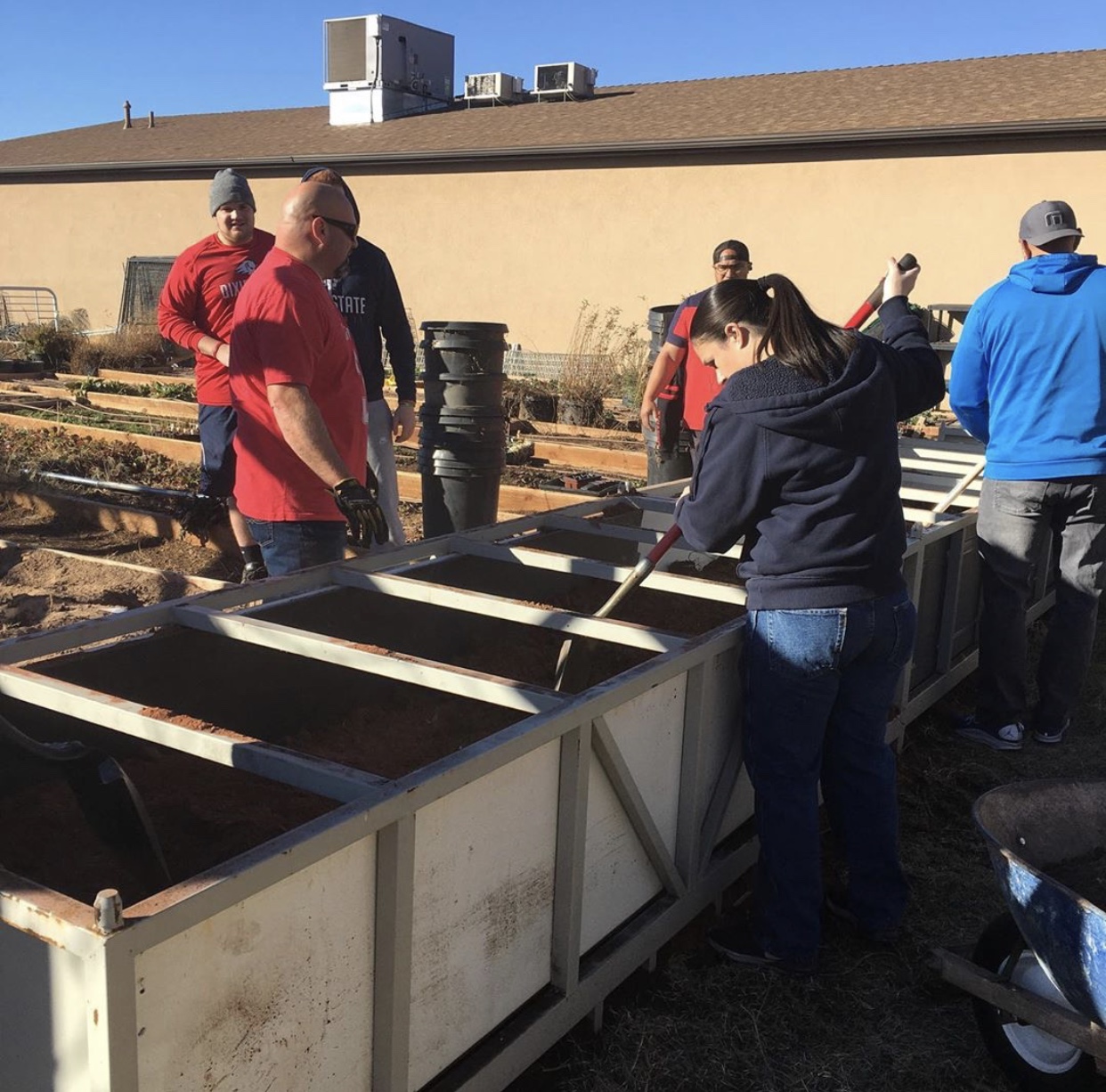 The Dixie State University football team partnered with the DSU and St. George police departments to do volunteer landscaping at the Switchpoint Community Resource Center. Photo courtesy of dsu_police on Instagram.

Dixie State University’s football team is planning multiple service projects over the next few months that will lead up to a big event in October.

Switchpoint is a homeless shelter in St. George with free services that are open to the public, such as educational help, food assistance and access to employment assistance programs. The community garden and the fruit and vegetables that grow there are used at the homeless shelter and its food pantry.

Defensive line coach Loni Fangupo said, “This is huge for them to understand it isn’t always about them, to understand there’s always someone out there in need of help and at one point they could be that person.”

About 90 players from the DSU football team and 10 officers from the St. George and DSU police departments volunteered.

Osborne said they are going to try to continue doing service projects with the police department once a month – even through the summer – leading up to a bigger project in October that he can’t talk about yet.

“Service is love and love is spelled t-i-m-e,” Fangupo said. “That’s what we preach here.”

Osborne said the goal of the service projects is to develop a better relationship with the university, the athletic department, the football team and the city. He said he thought one of the best ways to do that was through the police department.

Fred Bohman, a botanist who helped create Switchpoint’s garden, said the players were amazing and did a lot of great work on the garden.

Bohman said the most important thing the police officers displayed was showing their effort to build relationships with the players and trying to be good examples.

“It is good for the players to build relationships with the police officers and see that they are people too,” Fangupo said.

Fangupo and Osborne said the projects are a great way to build team chemistry and bond with the players.

“It brought us together and it was a lot of fun,” Osborne said.

Fangupo said: “The goal at the end of the day is to help the players in their process from boyhood to manhood. Learning how to serve the community is part of that goal.”

Osborne said the number of people who showed up reflects how much the team cares about the community and how dedicated they are.

The projects are completely voluntary for the football team; the players aren’t required to do them.

Fangupo said everyone at the project gained more respect for each other after going through the experience together.

Osborne said it is important to bridge the gap between the community and the football team. He said they need to show the community support in order for them to support the team.

If you want to join DSU football’s efforts to volunteer and make a difference in the community, reach out to Switchpoint at 435-628-9310 or info@switchpointcrc.org.