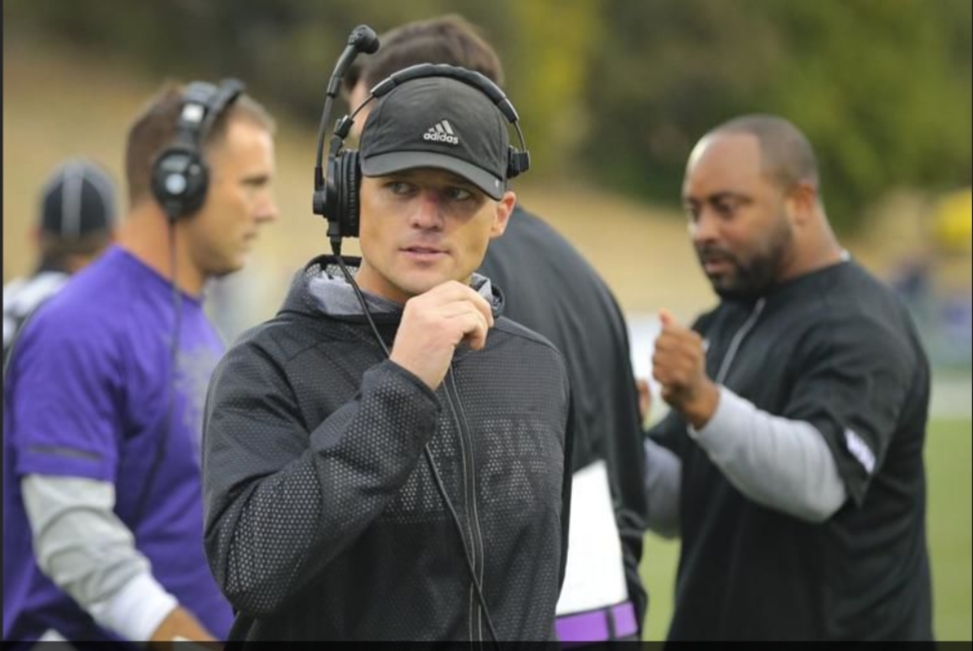 Kelly Bills is the newest addition to Dixie State University's football staff. He said he is looking forward to working with the team in upcoming practices. Photo courtesy of Weber State Athletics.

Peterson said he’s known Bills since they met at Brigham Young University in 2006. Peterson said Bills is a great fit for the team because of their similar backgrounds with coaches and coaching staff.

“I know that the [team] will latch onto his personality and leadership style,” Peterson said. “I have never heard of one negative thing, just all positives and that’s what we’re trying to build here with our [players]. I think the on-field X’s and O’s stuff is similar, but that part is easy. We truly want to make sure that off the field is what’s important to [the players] and I think they’re already starting to see that in [coach Bills’] first few days.”

Bills has coached for various teams such as BYU, Willamette University, Utah State University, Weber State University and Central Washington University. His most recent stint was with CWU, where he served as the offensive coordinator for the Wildcats. During his time at CWU, Bills led the Wildcats to a 7-4 season, led them to their third-straight Great Northwest Athletic Conference championship, and guided the CWU offense to rank in the top 30 for five different offensive categories in NCAA Division II.

With Bills’ obvious coaching background in the “Beehive State,” he said the opportunity to come back to Utah was a unique situation for him and his family they couldn’t pass up.

Bills said: “[Coach Peterson] reached out to me and we obviously had known each other and knew each other very well. He asked for my interest; we have a common background and speak the same language. For me and my family, it was a no brainer and it was a smooth transition.”

Bills said what made the transition smooth for him was the similar offensive schemes DSU had compared to CWU.

Bills said what people can expect from him as a coach on and off the field is impacting players’ and kids’ lives, caring for the student-athletes and helping them develop their lives.

Peterson said having Bills on staff helps him free up more time to do things he neglected to do because of the time he spent with the offense.

“To be able to give [the offense] to [Bills] and trust him with that, [I can] kind of step away and really be a head coach, [which] is appealing to me,” Peterson said. “Off the field, I’ll be able to spend more time generating opportunities to serve in the community, which is important, and also get our academics right, some leadership development with our younger guys that I neglected in the fall because we spend so much time game planning.”

Spring practices are just around the corner for the football team and Bills said his expectations for himself are to always do what he can control and do it the best possible way. He said he expects the players to put in the effort, do what’s asked of them and be good people on and off the field.