OPINION: Nonresidential and residential tuition costs are strikingly different and rightfully so 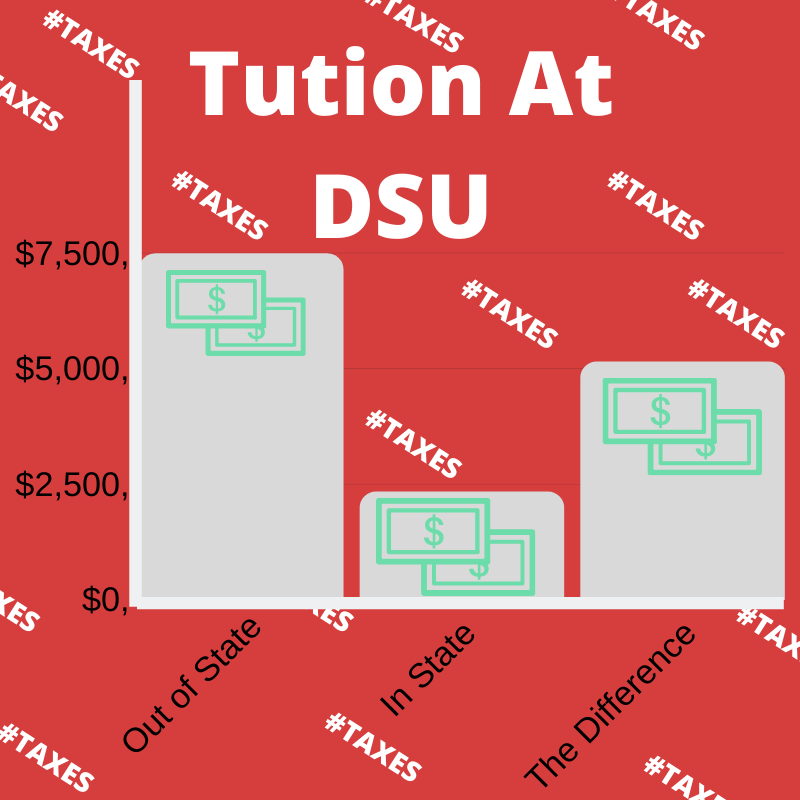 Some students are paying $5,148 more than others and rightfully so.

Dixie State University’s ranking in the 2020 edition of Best Colleges is Regional Colleges West, ranked at #25, and pricing had a huge factor in that ranking.

Students constantly hear that DSU is affordable for students however, with the national student loan debt reaching 1.5 trillion, it is important to allocate where tuition costs stand. Nonresidential students make up a huge portion of this debt considering their tuition is more. There is a difference between residential and nonresidential students when it comes to tuition, and rightfully so.

Residential students are students that have lived in the state they are attending college in for at least one year and can prove their residency, therefore paying a lower tuition cost.

Out of state students haven’t had residency in the state they are attending college in and must pay a higher tuition cost.

this pricing difference is justified. While most would agree that cheaper is better, especially when it comes to college, out of state tuition actually has legitimate reasoning behind the extra costs.

These tuition cost differences only apply to public universities, which DSU is. Universities like DSU rely on allocations of tax revenue from their states’ governments to fund many of their operations, according to Collegexpress.

In simpler terms, nonresidential students are required to pay more because they have not paid taxes in the state they are attending college in.

Residential students have been paying taxes in the state and funding the university ever since they’ve started working. This is a way universities reward students for contributing and being a resident of Utah.

Higher tuition costs for nontraditional students is a fair choice considering residential students and their families have been contributing to the state and universities, even if those contributions are indirect.

For students who don’t want to stay an entire year and just stay length of a school year to continue their education shouldn’t get a tuition cut for not staying a full year to continue paying taxes or contributing to the state. Students who live in Utah should be able to reap the benefits of cheaper tuition because they are official residents of Utah.

Nonresidential students are a great contribution to our university; however, they shouldn’t be charged the same amount as a Utah resident for their first year in the state because neither their families nor them have paid taxes directly to the state.

However, students who put in the effort to become a Utah resident and start contributing to the state should be able to reap the benefits.

Nonresidential students should have to pay more until they have established residency for one year. Contributions from in-state students would be absolutely pointless if both groups of students had to pay the same amount.

However, residential students should have their tuition lowered based on how long they’ve lived in Utah because and their tax contributions to the state.

Residential students already have cheaper tuition, however they should still get the benefits of being a tax paying resident from colleges.

If you’re a residential student, vote for senators that support your beliefs, get more involved in politics, strategic planning meetings, the student fees committee, and spread your ideas towards tuition changes in residential students.

if you’re a nonresidential student, here’s the steps you can take to becoming a resident and lowering your tuition.

A majority of colleges require the student or their parent to live in the state for 12–24 months. DSU requires one full year; however, if you’re already going to be here for nine months of the year, it could be beneficial to keep a residency here through the summer to save you $5,148 in tuition costs every semester.

Typically, an address in the state of Utah isn’t enough to prove your residency. If you decide to take the route of trying to gain residency, there is a documentation that needs to be changed over that can be found at dixie.edu.

According to dixie.edu, “Applicants must also sign a written declaration that they have relinquished residency in another state.”

DSU requires that student’s applications for residency are turned in no later than seven days after the first day of classes. To apply for the application, visit admissions.dixie.edu.