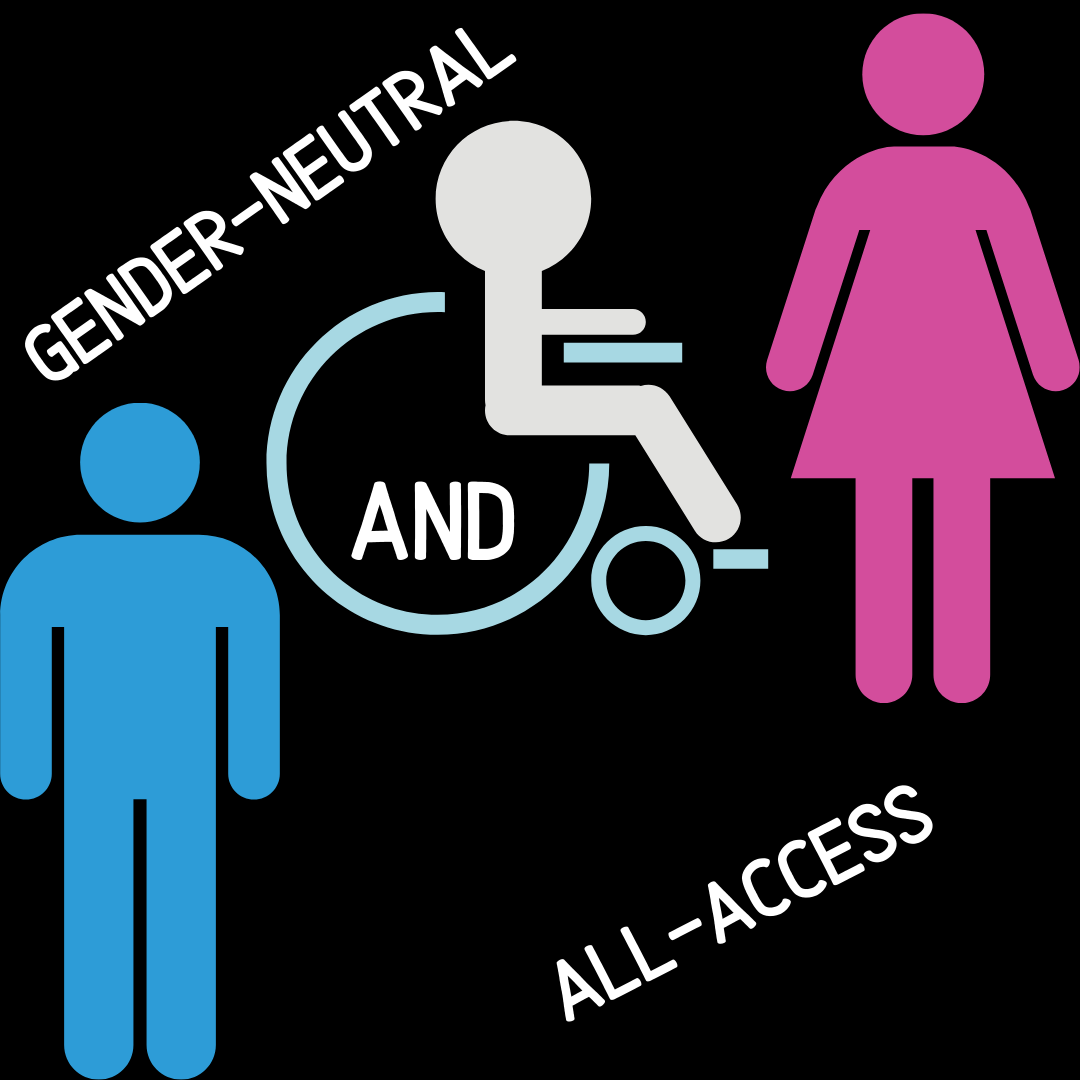 The Human Performance Center and Innovation Plaza are the newset buildings to add to the gender-neutral and all-access facilities on campus.

Older buildings, such as the Jennings Communications Building, do not have gender-neutral bathrooms and can have no renovations to them unless the whole building is renovated, Toy said. This means that certain buildings will not be able to offer a neutral facility for those who prefer gender-neutral restrooms.

“All-access is meant for LGBTQ and those with physical disabilities such as wheelchair access, whereas gender-neutral is meant for the LGBTQ community,” Toy said.

“If we are going to say that LGBTQ students are important, we have to practice it,” Toy said.

Each of the restrooms that are all-access or gender-neutral will be marked without urinals or any other gender-conforming signs. Though not all have place cards right now, they have been ordered and will appear on the bathrooms throughout the semester, Toy said.

In 2016, former president Barack Obama had made a decree that all public schools would have gender-neutral bathrooms that were signed.

In an effort to comply with this, DSU purchased many gender-neutral place cards in 2016; however, shortly after, Utah had decided to not comply with that requirement.

“We weren’t made to have to do it, but we started anyway,” said Sherry Ruesch, assistant vice president of facilities management. “We started looking at which buildings already had a single-use bathroom. Any buildings that already had those either had a gender-neutral symbol next to it or replaced the sign.”

The HPC all-access bathrooms have been without trashcans since the beginning of the semester, said Dylan Kime, a sophomore biology major from Salt Lake City Aguirre said she is currently looking into the issue.