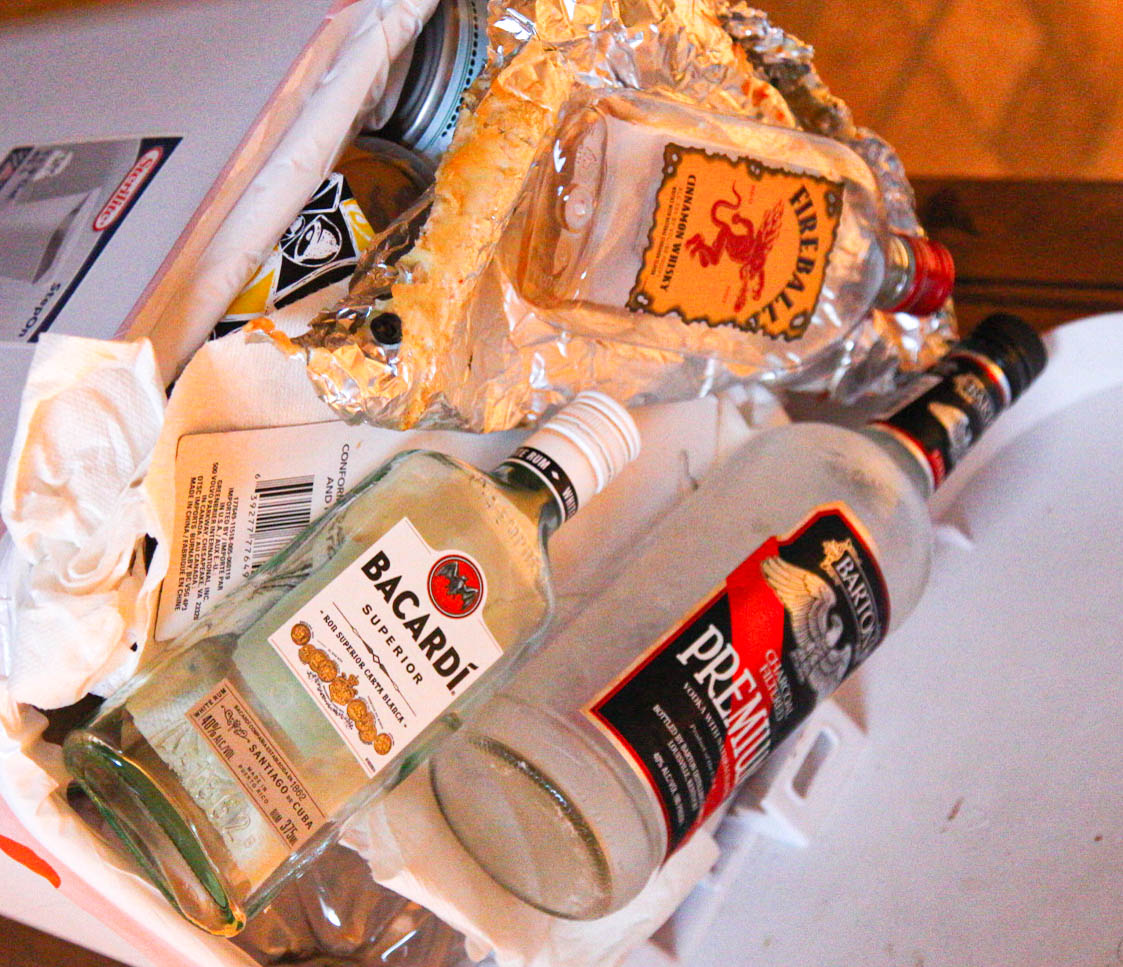 Dixie State University offers on campus housing at several different dorm rooms where they each require cleaning checks by their apartment resident assistant. The cleaning checks are monthly and are intended to make sure each dorm room is clean and that there is no alcohol, drugs, or any other substances in the apartment. Photo Illustration by Jessica Johnson.

One thing living on campus should guarantee is safety.

Moving away from home to start college life may come as a shock and will likely be filled with surprises.

I moved into the Campus View Suites at the beginning of my second year at Dixie State University. I was excited to begin living on campus since I thought it would give me a better experience than living off-campus. This thought of mine was quickly altered when it came to the first cleaning check.

The cleaning checks are listed in our housing and resident life contract that we’re given before moving in along with a full detailed list of what’s not allowed in the suites while living on campus.

On-campus residents can expect monthly cleaning checks. Right at the beginning of the school year, my roommates and I were all given a list of areas that we need to clean for the fall semester. The cleaning check itself consists of one or two of the resident assistants coming into the suite and looking around to see if everything is clean.

I was surprised when our first cleaning checks came around and our resident assistants were very detailed in making sure we had a clean suite and nothing else. One of the things we’re not allowed to have on campus is alcohol, no matter if the residents are above the age of 21 or not. I thought this would be an easy enough rule to follow; however, for my roommates, this is not the case. When it comes to checking our rooms, the resident assistants only check to see if the trash is emptied and that’s it.

I was frustrated when I found out my roommates have had bottles of alcohol they keep in their closet as well as in the shared fridge. Even though every on-campus resident is given the contract, it doesn’t mean they look it over or even abide by it. I wanted the resident assistants to be more thorough in their cleaning checks since I don’t feel comfortable with my mostly-underage roommates having alcohol in the suite.

This problem came to light when I found my roommates coming home severely intoxicated and didn’t mind bringing drinks or friends who I don’t know back with them. I want to feel safe where I’m living and when drinking on campus is involved, I don’t feel that way. Two of my roommates are underage and another one recently turned 21, allowing for her to buy alcohol legally, which she then brings back to the dorms.

My concern is not only worrying about getting in trouble if the resident assistants find anything, but the safety of those who are drinking while underage. With a roommate who is of legal drinking age, this can be dangerous to those who are underage, as they become more susceptible to making rash decisions and getting themselves or others harmed.

According to Health World Net, younger drinkers are lacking responsible behaviors when it comes to drinking.

“This increase in excessive and irresponsible drinking is due to ‘underground drinking’ in student dormitories, fraternity basements and apartments without adult supervision,” according to Health World Net.

With the abuse of alcohol at universities rising, resident assistants and staff need to be making an effort to lower the amount of alcohol being consumed in dorms.

I’ve gone to my RA specifically and have told her about what’s been happening in my dorm suite and she said the only way around this is if we catch my roommates in the act.

Alcohol in on-campus housing is not permitted. If housing was aware there are underage residents with alcohol in the dorms, there would be repercussions. I’ve known of instances with students being kicked out of campus housing because of the alcohol found in their dorm.

University staff and resident assistants throughout the U.S. need to start making a bigger effort in terms of helping others feel safe while living on-campus by checking the cameras frequently and performing more thorough searches of dorms.