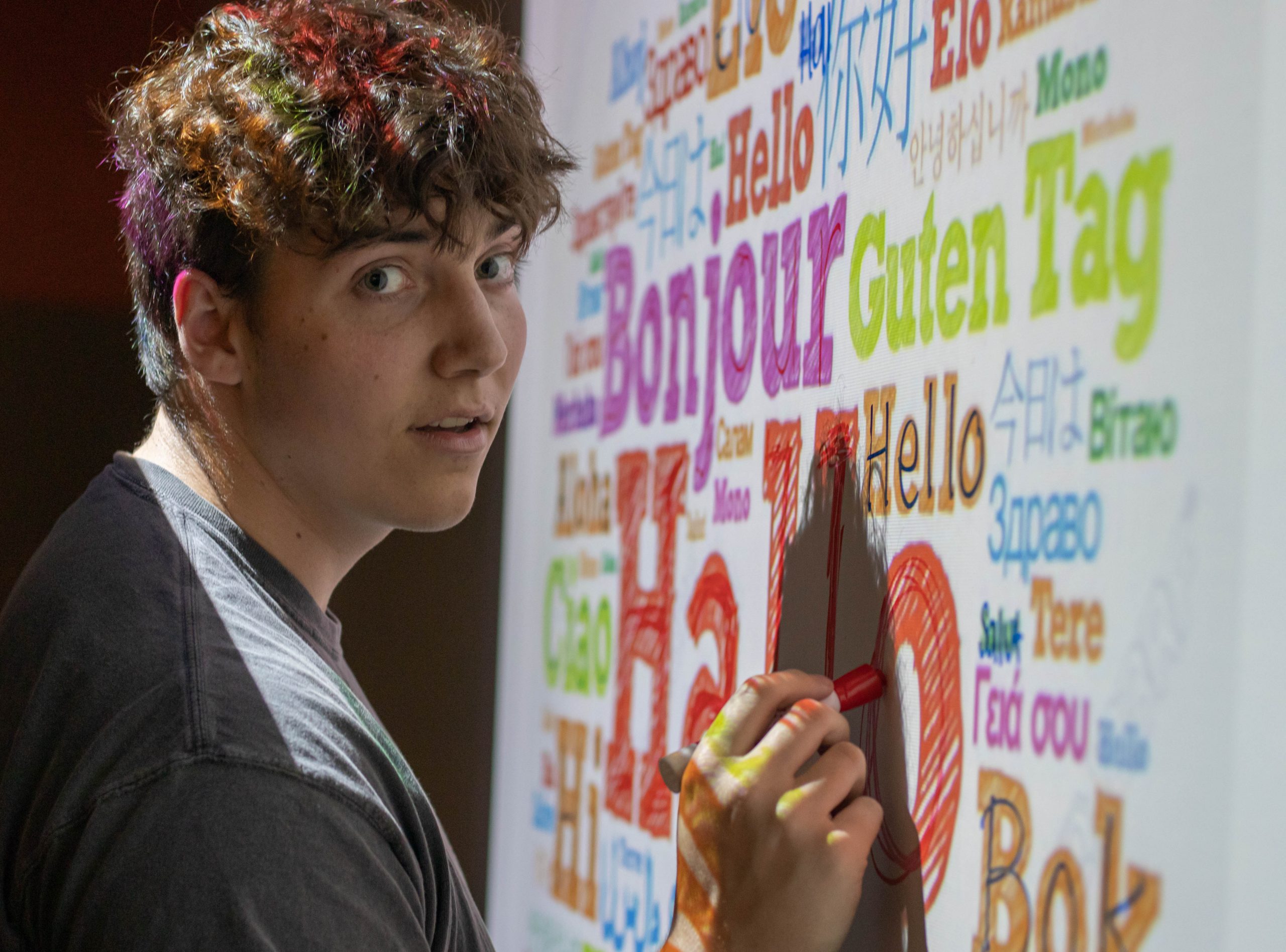 Jake Anderson, a general studies major from Bluffdale, is trying to learn different languages while studying at DSU. Photo by Breanna Biorato.

Language immersion programs should expand to all schools, to give students an opportunity to gain new experiences.

Utah has 995 schools and only 204 have a language immersion program available to students.

According to the Utah Dual Language Immersion, the languages offered throughout the schools in Utah include Spanish, French, Japanese, Portuguese, German and Russian.

Language immersion is a teaching technique where students are taught various subjects in two languages.

When students are introduced to immersion at a young age, it is easier for them to learn the language because they are put into an environment where that second language is the only one being spoken.

According to an online language immersion program, learning a new language can cause students to feel frustrated, but with time students will become more comfortable with it. Students are able to pick up on the language faster by being in an environment where it is being spoken on a daily basis.

Expanding these programs into more schools could bring students new opportunities in the future.

Language immersion programs should be more present in all schools, to help students continue expanding their knowledge.

“Students are able to pick up on the language faster by being in an environment where it is being spoken on a daily basis.”

Caide Roberts, a junior media studies major from St. George, said having language immersion programs on campus would be very beneficial to students looking to become fluent in certain languages. The programs could also help students have a more diverse resume when applying to jobs.

“When it comes to applying to jobs, adding to your resume that you are bilingual really boosts your chances of being hired,” Roberts said.

I was part of a learning immersion program in middle school where I would take Spanish lessons then U.S. history lessons in Spanish. At first, it was difficult learning history in Spanish, but it offered me a new perspective. The program pushed me out of my comfort zone and put me in an environment where I was forced to use my Spanish skills on a daily basis. If I didn’t have the immersion, I wouldn’t be fluent in the language today.

I made sure to take advantage of all the benefits the program offered. My high school offered scholarships to those who stayed in the program for three or more years. Opportunities such as jobs, were made available for me just for being bilingual.

Students should be aware if their schools offer an immersion Program and know the benefits it can offer.

Most immersion programs usually start when students are young, but that doesn’t mean there aren’t adult students who can’t participate in these programs as well.

Although DSU doesn’t offer an immersion program students can still take courses that can introduce them to foreign languages.

In the future, the university should expand into immersion programs and with it expand the variety of languages offered.