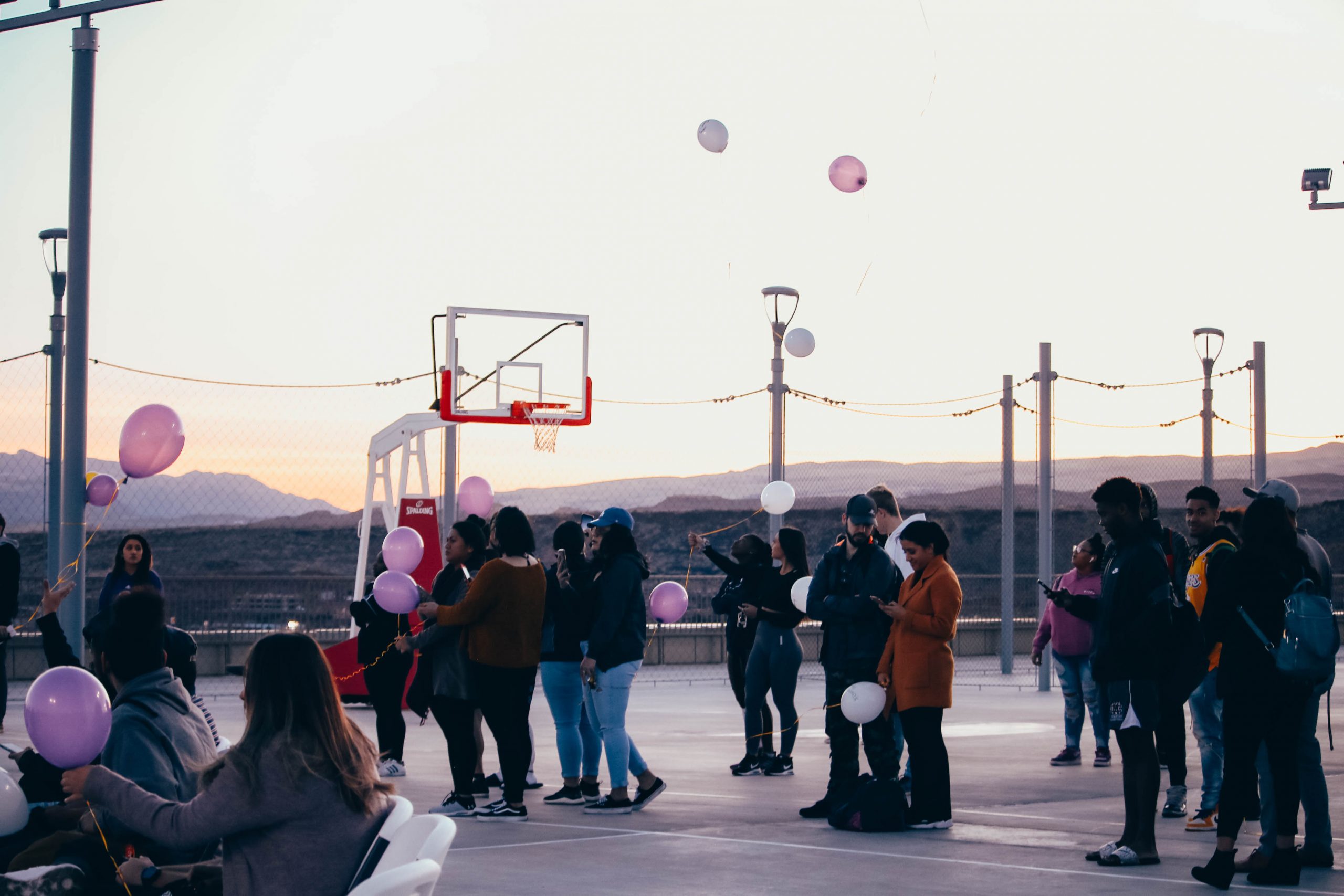 Dixie State University students honor Kobe and Gianna Bryant in a memorial at the Human Performance Center on Jan. 30. While this is a meaningful way to honor Bryant's death, he shouldn't be the new NBA logo, Autumn Nuzman says. Photo By Nickelle Blanton.

Kobe Bryant should not be the new NBA logo.

Close to 3 million people have signed a Change.org petition to make Bryant part of the NBA logo since his death on Jan. 26. The petition was apparently the first to hit 1 million signatures in 2020 and is the fastest-growing petition within 48 hours of creation in the website’s history, according to a Daily News article.

While he’s certainly made an impact on the NBA — so much that a vigil was held in his honor at the Dixie State University Human Performance Center on Jan. 30 — does his death really warrant changing the logo? No.

Other greats who have left their mark on their professions didn’t get the same treatment when they died. Patsy Cline didn’t become the face of country music, Mr. Rogers didn’t become the PBS logo and Stan Lee was only on the Marvel Studios logo for the Captain Marvel movie.

Even retired NBA player Jerry West, whose silhouette acts as the current logo, said he wishes he weren’t part of the logo, or at least that people didn’t know it was him, according to an NBC article. He said people only recognize him as the logo and not as an NBA champion.

“I wish that had never gotten out that I’m the logo,” West said. “I really do. I’ve said it more than once.”

As the years go on, people would likely only remember Bryant for being the NBA logo rather than for the achievements leading up to that, just like what happened with West.

Another NBC article points out that the league likely won’t be interested in changing its logo to a specific person “because there are so many who have been instrumental in the growth of the game and the NBA.”

Instead of making Bryant the new NBA logo, the league could create an award in his honor for high impact. Another way to honor him would be to place daughter Gianna Bryant’s jersey next to his two retired jerseys in the rafters of the Staples Center, as another Change.org petition suggests. Bryant is already set to be part of the Naismith Memorial Basketball Hall of Fame as a 2020 inductee, according to a USA Today article.

Instead of signing the petition to make Bryant the new NBA logo, consider signing or creating another petition that honors him on a smaller, more meaningful scale. Kobe Bryant should be remembered for his successes as a player, not as the guy on the NBA logo.