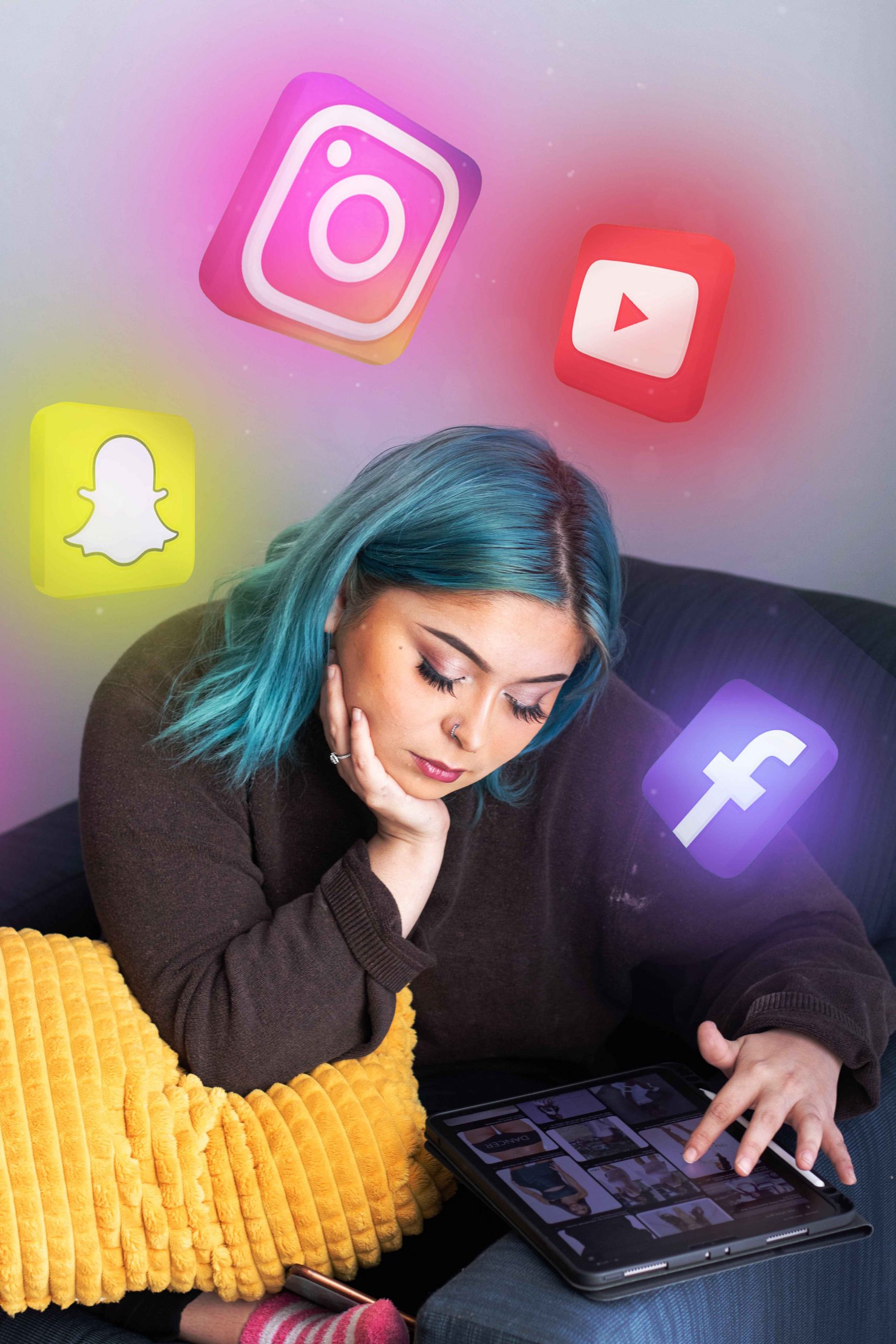 Stephanie Razo, a freshman psychology major from Los Angeles, California, scrolls through social media after school. Razo said is consistently on every media platform checking on her friends, family and celebrities. Photo by Breanna Biorato.

You have one new friend request.

FaceTime, Snapchat, Instagram, Twitter, Facebook; social media apps like these allow us to communicate with people all over the world; however, this connection is making us more lonely, not more in tune with the rest of the world.

Technology makes us feel more alone because we are more dependent on social media connections than real life connections. This could also be the reason that 322 million people suffer from depression, according to Anxiety and Depression Association Of America.

Social media has caused a rift in our society where we would rather talk to people thousands of miles away who may or may not be who they say they are than the real, alive, breathing person sitting right next to us in class.

The comfort social media brings can be useful when contacting family and friends who live further away; however, if abused like it is today, it can cause depression, anxiety and even drug-like withdrawal symptoms from your phone.

Symptoms of smartphone addiction include: increased loneliness and depression, increasing anxiety, diminishing the ability to think creatively and disturbing your sleep patterns.

According to PsychologyToday, the average amount of screen time being spent by people today has grown to 11 hours. That’s an increase of nine hours and 45 minutes from last year’s research.

Not only does spending copious amounts of time on social media cause loneliness, but it also causes negative personality traits, according to Helpguide.

A study conducted in the UK showed that people who spent a lot of time online exhibit negative traits such as narcissism in real life. When users constantly post about their lives and appearances and try to “one-up” or “copy” Instagram influencers’ lavish lives, it causes self-centeredness and lack of empathy for others.

This could be because college students are among the busiest of people in society today, so easy and fast connections help feed the human desire on a tight schedule.

If we limit ourselves to less time on social media, our mental health, physical health and social health would improve drastically. People who speak on the phone, email and text more, are double the risk of depression; however, interacting with real people and having face-to-face connections, it decreases the likelihood of depression according to a PsychologyToday article.

Limit yourself to a healthy amount of screen time and encourage your friends to go out and experience real-world activities. Meet new friends in social settings that aren’t online. There are so many ways to limit yourself from the consequences that come with profuse amounts of screen time.