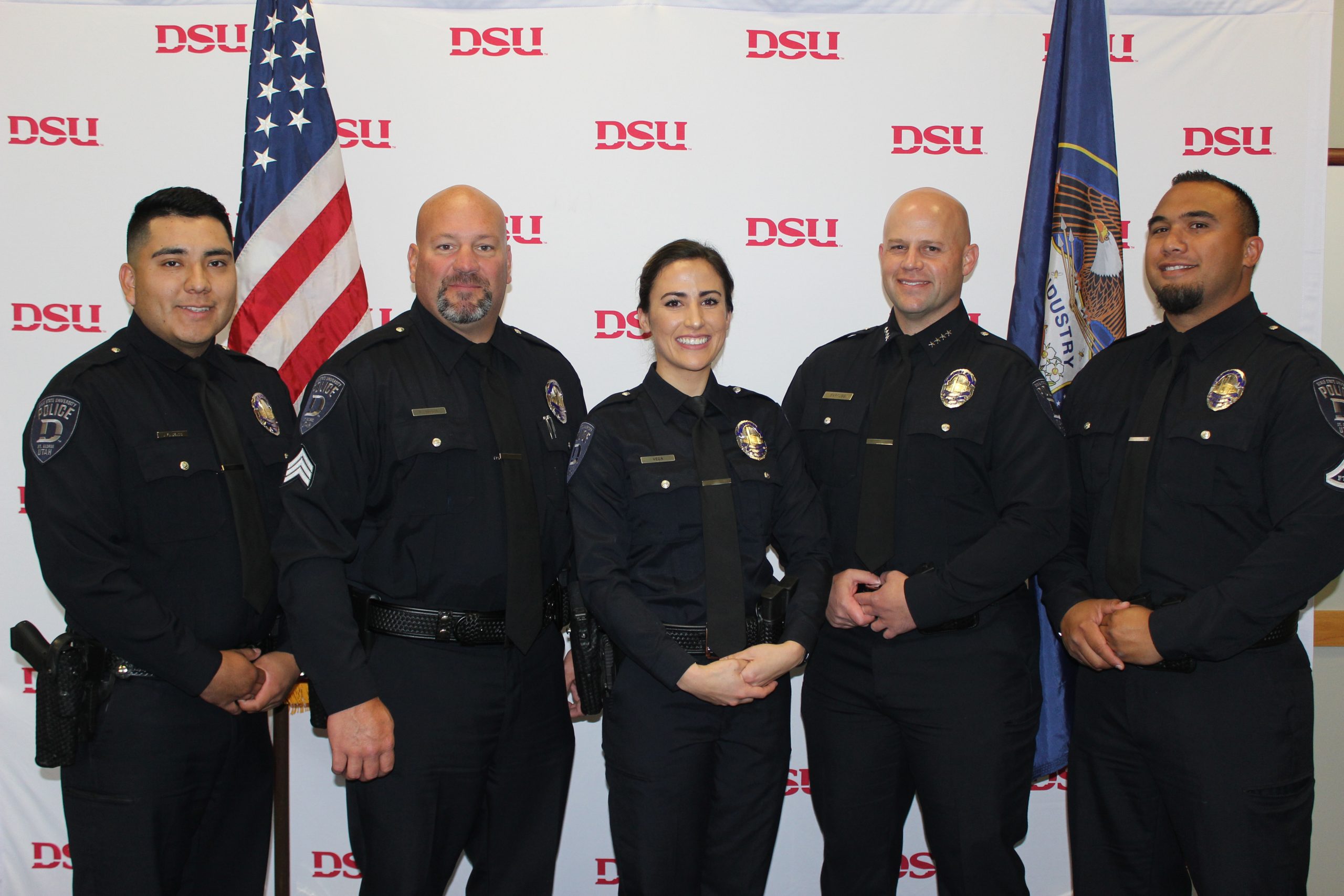 Dixie State University Police Department ranked No. 3 for improving campus safety. The department has declared further plans to step up their presence on campus. Photo courtesy of DSUPD.

University police departments around the country were reviewed on their improvement of campus safety, and the results are in. The Dixie State University Police Department was ranked No. 3 on the 2020 Safe Campus Top 25 list for the most substantial change in campus safety.

Chief of Police Blair Barfuss said, “What that means to me is it means that the university administration and our community — including the students [and] faculty — have taken safety as a priority and have taken substantial improvements to an ultimate goal of a complete, secure university.”

Barfuss said the biggest change made in the past year is the development of a legally defensible policy and procedure manual, which establishes how and what officers do.

The manual was the first step in creating a foundation for the department; it is how the officers receive guidance and remain accountable.

“That one piece alone was a huge foundational development piece,” Barfuss said.

Following that, the department worked on its agency accreditation, which it received on Sept. 27.

“We’ve slowly been building,” Barfuss said. “What this means is now that the foundation is solid, we can build up. [We want to] reach out to individual needs more than we have in the past.”

Barfuss said the department is always considering aspects it can improve on, such as community engagement and programs. He said he has identified two or three programs per year to begin and execute effectively.

– Continue the “Start by Believing” campaign.

– Begin a “See Something, Say Something” campaign.

– Implement a monthly event of having coffee or hot chocolate with a cop – meant to improve engagement with students.

– Patch project – officers’ shoulder patches will change according to awareness months including breast cancer awareness, Alzheimer’s awareness, sexual assault awareness, etc. They plan to set up a fundraiser where they sell those patches and the money goes to each individual charity.

“[The DSUPD] focuses and utilizes a community policing model, which means we have to know the community, the community has to know us; we have to trust each other and we have to work together to get the most effective safe environment possible.”

“What that means to me is it means that the university administration and our community — including the students [and] faculty — have taken safety as a priority and have taken substantial improvements to an ultimate goal of a complete, secure university.”

Zac Barker, a sophomore digital film major from Dayton, Ohio, said the only time he has heard from the police department was during fall 2019 when there was a false alarm of a suspicious man on campus wearing a bulletproof vest.

Barker said for him, seeing the campus police force would cause worry due to the current culture where gun violence — among other dangers — is prominent. He said he isn’t used to seeing cops around when nothing is going on; however, he said he does think being more involved with the community through campaigns is a good idea.

Barfuss said another step they’re taking is increasing police coverage on campus. As the university expands, safety and security will be a growing need.

Barfuss said over the past couple months the department has been preparing to hire 12 part-time officers, who are additionally full-time police officers in the county, to backfill positions on campus where there is no coverage.

In the next week or two, there will be — for the first time ever — 24-hour coverage on campus, Barfuss said.

Academic Outreach Adjunct Bronson Beatty said, “I would say that I have no complaints [with the DSUPD]; I’ve never felt anything other than safe on campus.”

Beatty said the DSUPD handles stressful situations well and calmly, giving the example of the fall 2019 false alarm. The department sent out multiple notifications to DSU students warning them of the possible danger.

“I think they’re diligent; I know that they have a rapport with those around campus,” Beatty said. “From an outsider’s perspective, they’re definitely doing their job efficiently and effectively.”