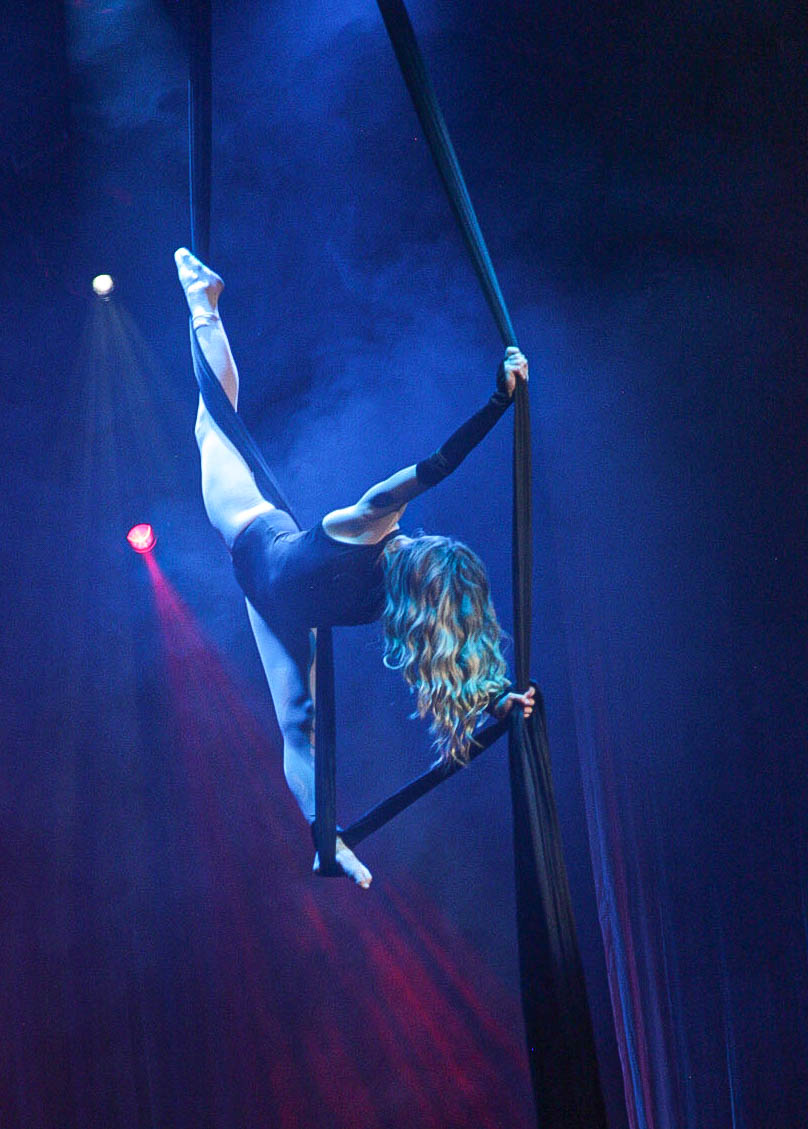 Dixie State University kicked off the finale of Dixie’s Got Talent on Jan. 16 at 7:30 p.m. in the M.K. Cox Performing Arts Center where 20 finalists competed for a chance of claiming the top prize.

The judges picked one winner and one runner-up for the youth division and adult division. Connor Lee, a senior music major from Provo, and Shayli Fuller received a $500 check with the chance to have all-expenses-paid for an audition for America’s Got Talent. The runners-up, Amy Butts, a junior biology major from Willard, and Drue Allred, received a $250 check.

The night opened with a performance by DSU’s very own Blaze Dance Team and was hosted by Homecoming and Miss Dixie queen Morgan Olson, a freshman communication studies major from Spanish Fork.

Throughout the night, the audience had the chance to write down their favorite contestants. When the time came, they voted along with a panel of seven judges, including Miss Utah Dexonna Talbot. Later on, while waiting for the final results, the audience was entertained by a ballet performance from Talbot.

Fuller, the winner of the youth division, sang “Rise Up” by Andra Day and played the piano.

“[Going on America’s Got Talent is] something that I’ve been looking at doing for a while so I think I will,” Fuller said.

Lee, the winner of the adult division, is an opera singer. Lee said he studied and sang opera for a time in the heart of Rome, the birthplace of opera.

Lee said the advice he would give to those who are new to opera singing is to just go for it.

Butts, the runner-up for the adult division, performed on the aerial silks, a type of performance where the artist performs aerial acrobatics while hanging from fabric, an act that has never before been seen on Dixie’s Got Talent. She performed to the song “Skyfall” by Adelle.

Butts originally started out as a competitive gymnast before she moved into aerial silks.

“I saw my coach doing [aerial silks] and thought, ‘Oh my gosh, I have to do it too,’” Butts said.

Butts said she sent in a few audition videos after a friend encouraged her to do so, thinking it was simply a talent show.

Butts said, “I didn’t even know it was a competition until about a month ago.”

Butts said those who are interested should look into taking a class with a professional and DSU students can even take an aerial silks class that’s offered.

Allred, the runner-up in the youth division and a violinist, performed an original arrangement of “Seven Nation Army” by The White Stripes along with music by AC/DC.

“I did something really slow last year for Dixie’s Got Talent,” Allred said. “I did ‘Hallelujah,’ but I just really wanted to do something different this year.”

Allred also said her mom got her a looper two weeks prior to Dixie’s Got Talent, which she said aided in her performance because it allowed her to record short segments and loop them over and over while live on stage.

“I’m not going to lie, [learning how to play the violin] is hard, [and] I wanted to quit,” Allred said. “I’m going to sound really cheesy, but just don’t quit.”

If you think you have what it takes to win and showcase your talents at next year’s show, email your audition tape to dixiesgottalent@gmail.com.