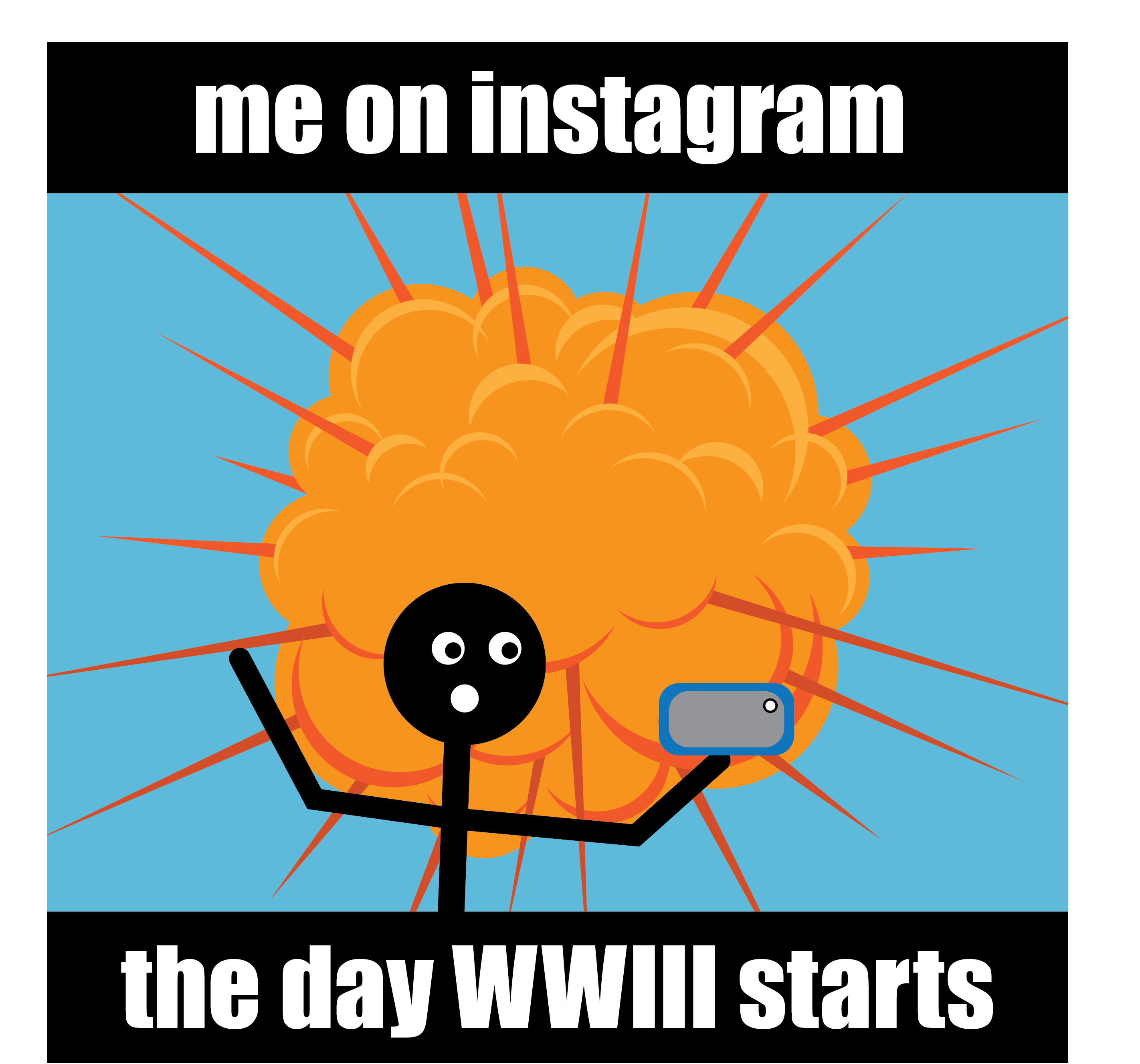 World War III drafting memes have been labeled insensitive and offensive, but that isn’t the case.

After the death of Qasem Soleimani, an Iranian major general, in an airstrike Jan. 3, 2020, the internet took to making World War III memes soon thereafter.

The memes consisted of jokes about young men –typically college students– getting drafted and what they would do if it happened.

Humor and memes have been used since the airstrike as a way to cope with the rising tensions and possibility of war. Even people from Iran joined in and were participating in making the memes.

During the Vietnam War, there were protests because most people believed that going to fight in Vietnam wasn’t moral. This generation’s form of protest of a war with Iran is through memes and internet humor.

I would argue that the memes helped reduce some of the conflicts between Iran and the U.S. Humor can help us express how we feel a little more easily than other forms of expression.

Marine Cameron Bowers, a junior Radiography major from St. George, said that he follows private social media pages that only members of the military can be a part of, and he sees them posting a lot of WWIII memes as well.

Bowers said one of the ways he coped with 9/11 as a kid was by making drawings of the recurring images he saw on the news. Instead of drawing, people are now using memes as a creative outlet and a way to cope.

While I do find the memes hilarious, it is important to understand and be educated about what is happening in the world.

The memes are a carrier of information that some college students might not see or read if it wasn’t for the memes. I learned a lot more about the issue because of them. The memes have involved the younger generation in the issue and have brought more attention than it would have initially received.

According to a study done by Stanford psychologists, people faced with negative or frightening scenes are often advised to reinterpret the situations in a way that makes them positive. Comedy is a more effective coping strategy than solemnity and by reframing the tense situation into something that can be laughed about, young adults are coping healthily.

Using humor to cope with stress is healthy, so don’t feel bad for coping by creating memes; keep doing it.