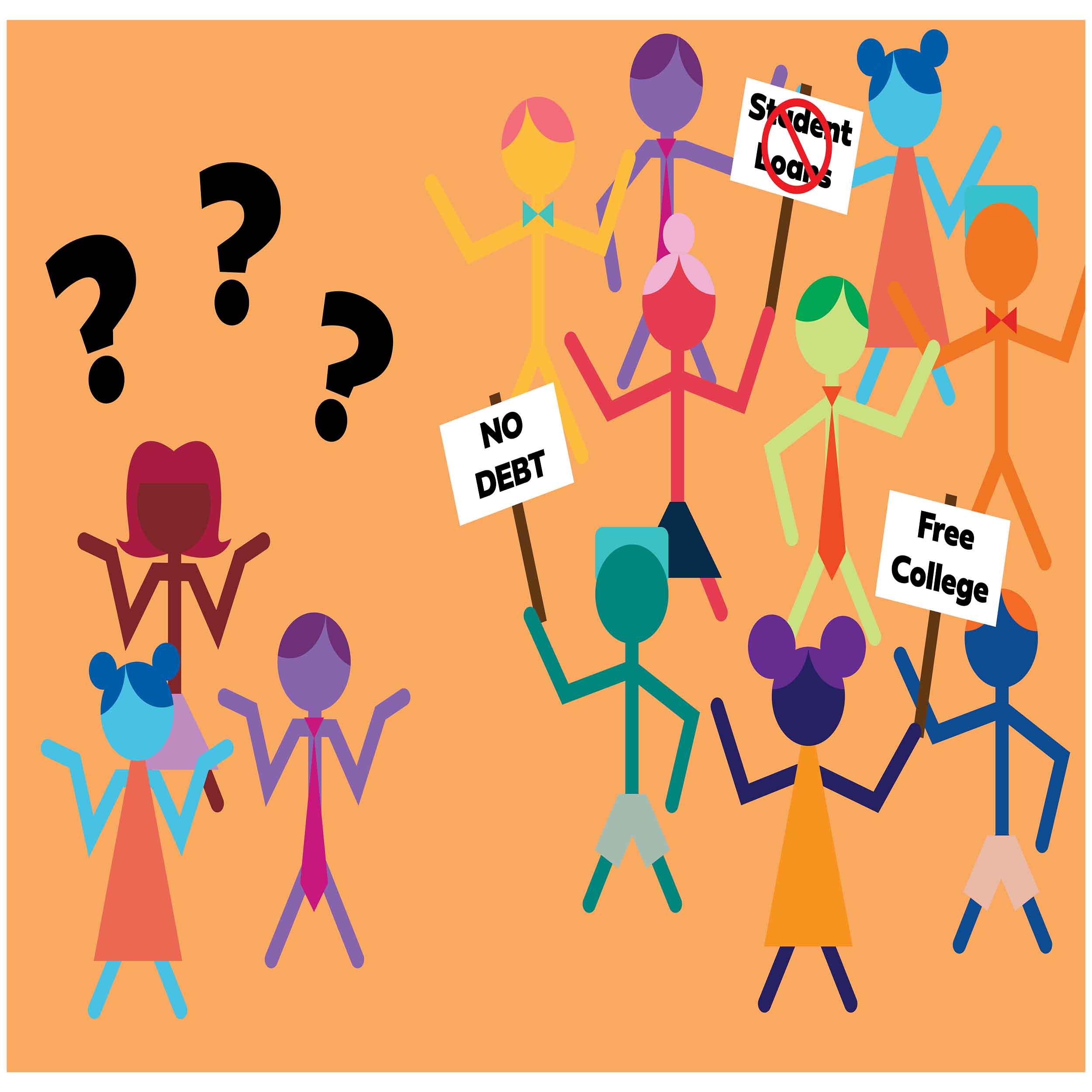 College is a big expense that drains many students’ bank accounts. There may be ways to ease that strain on students that should be explored. Graphic by Kelsey Jackson.

College is tough, but deciding how much debt you want to be in by the time you graduate might be tougher.

Students should not question whether or not going to college is worth the debt they will be in. Although there are many scholarships and work-study programs on campus, there’s not enough for everyone.

Undergraduate education – or at least the associate degree – should be free. It is a step into the doors of higher education and typically, the first two years are generals, just like high school, which is free.

Debt starts the day you enter school and carries on far after you have graduated. It should not be that way. Some say it is a scam, others say it is just how life goes. No matter how you put it, you’ll be graduating from college with a diploma or certificate and have six months to find a job because your loans are no longer being deferred.

If someone is obtaining a master’s degree or higher, there should be a cost, but no one should come out of college drowning in debt. College should be accessible for everyone, and with the abhorrent amount of debt a single person can incur, that is not possible.

According to Forbes, as of 2019, the U.S. has $1.5 trillion of student debt divided among 44.7 million borrowers. Millions of people are in debt and it’s starting to seem like no one cares. Students are not being guided toward success; they are being guided toward debt.

Free college would allow those who are intelligent but under privileged the chance to make a difference in the world. More people have the knowledge but not the resources or connections to get scholarships and get into a prestigious college. Free college would solve that issue.

Not everyone has the ability to get a co-signer and take out a loan. Which is great– less student loans. However, without a loan most cannot attend school, which puts people into a box and makes it hard for them to get out without the financial means to do so.

There are many things a student can do to alleviate student debt. but the first step toward eliminating student debt would be on the government. Fund schools appropriately so fewer students are in debt, and more can be inspired to actually go to school. Free college would literally be the “American Dream.”