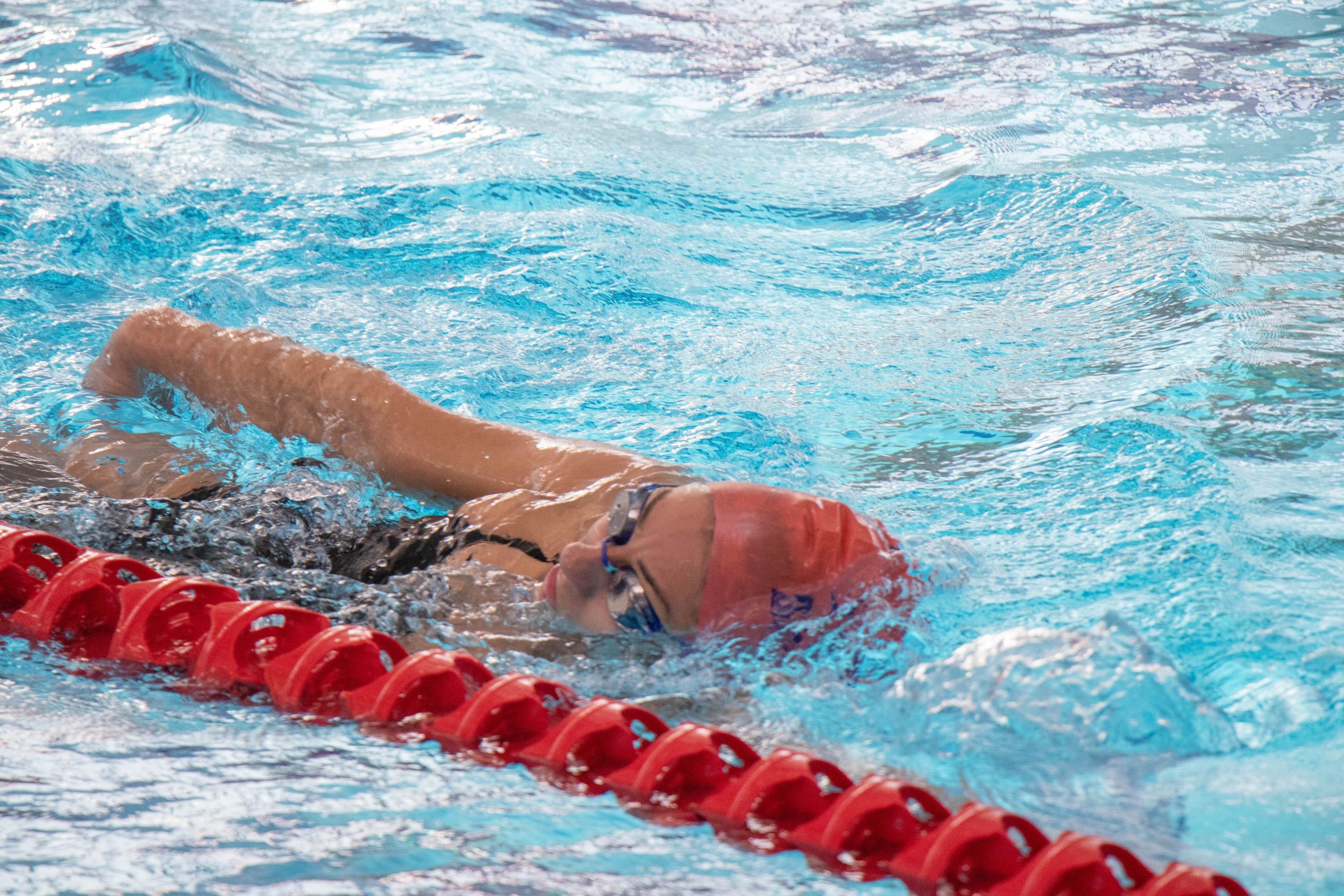 The Dixie State University women’s swim team will host its final two meets of the regular season after its last home meet on Nov. 16.

The Trailblazer’s last home meet was a dual against Biola University. Kelsea Wright, a sophomore nursing major from American Canyon, California, said herself and the team are excited to return home.

“I think [the last two home meets are] going to be good and we’re really excited for our senior night meet because we get to honor all the seniors and it’s really nice,” Wright said.

DSU will welcome Northern Arizona University for a dual meet on Jan. 18. The Lumberjacks will be the fifth Division I program the Trailblazer’s have competed against this season.

Head coach Tamber McAllister said NAU is a very competitive D-I team that tends to be at the top of the Western Athletic Conference.

McAllister said: “The whole purpose behind us bringing them in for a dual meet was to be prepared for next year. I expect the girls to get up and race and get some experience racing some fast Division I athletes.”

NAU has a 3-5 overall record with a 2-1 conference record. McAllister said the team was very hesitant about the Division I transition and not knowing what to expect racing against a lot of good D-I programs this year; however, the team is a step closer to being confident moving into that transition.

With the Rocky Mountain Athletic Conference championship next month on Feb. 12 – 15, McAllister said the team is fine-tuning some racing strategies for the RMAC championships.

“At the end of the season I think it’s important for the girls to be racing as much as possible so they know what their races are going to feel like in a couple of weeks when they rest,” McAllister said.

Miriam Gonzalez, a junior secondary art education major from Murrieta, California, said with the conference coming soon, the team has grown closer together, has a better connection and understanding of the way others swim, what they’re doing, and how they’re going to score.

Assistant coach Jaime Beckstrand said a lot of the girls stand out because of their work ethic, but Gonzalez and Wright stand out specifically because of their drive, motivation, focus, and their ability to perform well under pressure.

“When either of them is up on the block, you can always count on them to perform and do well,” Beckstrand said.

The dual meet against the Lumberjacks will be on Jan. 18 at 10 a.m. at the Human Performance Center.