Students dance the night away in classic Hollywood 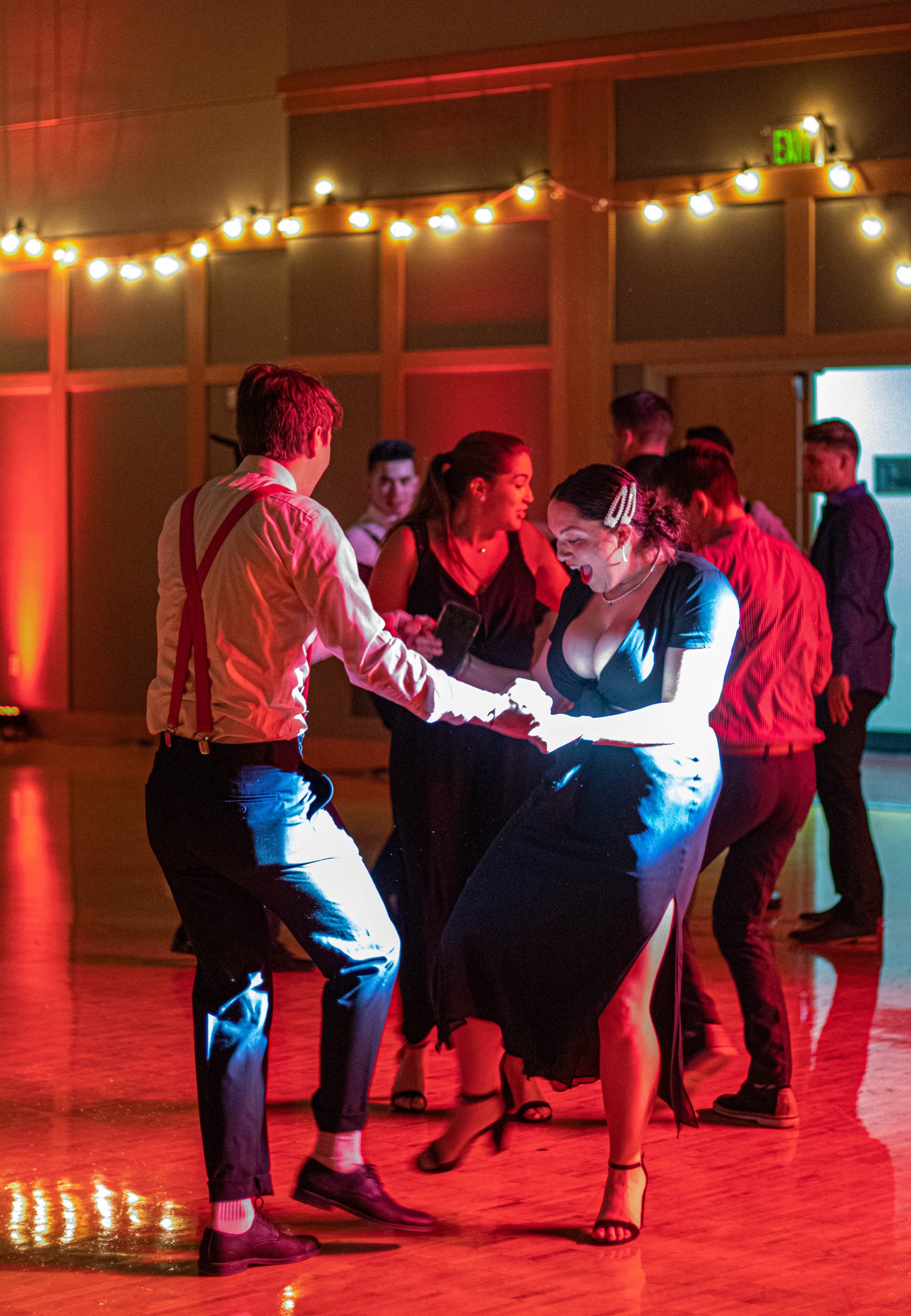 DSU students got together and raised money for alternative breaks and the Children's Museum on Jan. 10. Students also dressed up with the old Hollywood theme and danced through the night. Photo by Breanna Biorato.

Students were able to experience a night in classic Hollywood with the help of Dixie State University hosting its first formal dance.

DSUSA also partnered with Mr. Tux and Ooh La La Dress Rentals to bring discounted prices for students. Mr. Tux was offering suits for $60 if paid in cash and $75 if paid with card. Dress rentals were $25 for short dresses and $40 for long dresses.

Anita Wotkyns, executive director of St. George Children’s Museum, said they were very excited to be working with DSUSA and hope they are able to plan more events in the future.

“We were planning something with DSUSA last year, but we lost our advocate and weren’t able to finalize anything until recently,” Wotkyns said. “Hopefully, in the future, we can get more involved with the student body.”

The St. George Children’s Museum is looking forward to getting more involved and offering different volunteer opportunities for students in the future, Wotkyns said.

Kamri Chynoweth, a freshman radiology major from Castle Dale, said it sounded like a fun idea, but it wasn’t advertised enough for her to plan ahead of time.

“My roommates and I were talking about it and how we didn’t want to pay that much to get a dress,” Chynoweth said. “They didn’t really give much notice about it until the week of.”

The dress code of the dance was formal, and for some students renting a dress or suit wasn’t in their budget.

Ashley Sodorff, a sophomore nursing major from St. George, thought holding a fundraiser to help support the community and the university was a great idea.

“I think it would be cool to dress up and be able to help out at the same time,” Sodorff said.

The formal dance came as a surprise to some, but the students thought it was a good idea and the message of helping out the community was something the students could get behind.