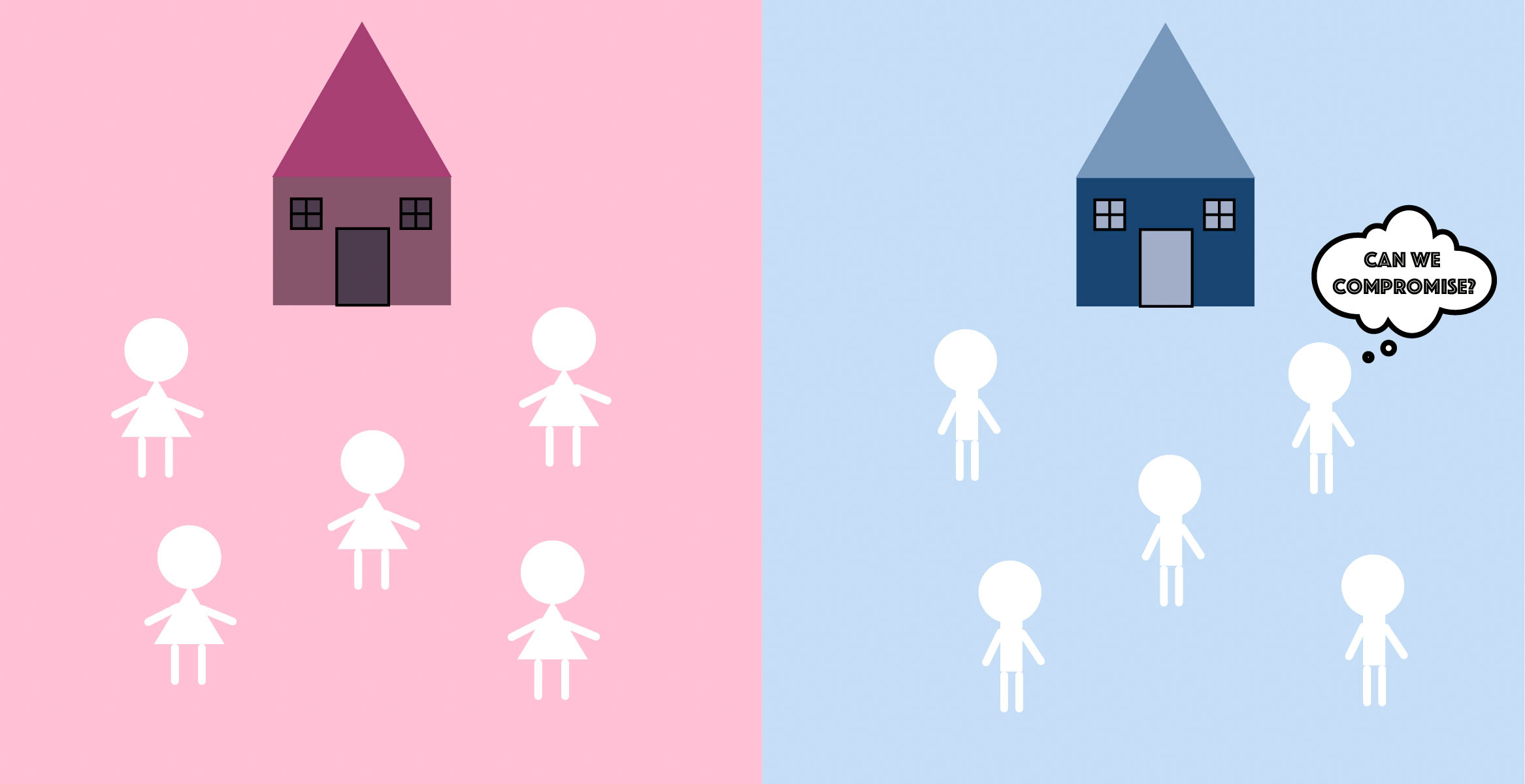 Contrary to what my colleague thinks, Dixie State University should not experiment with same-sex education.

To start, implementing same-sex classrooms is an expensive endeavor. At least one teacher of each sex needs to be hired, possibly more depending on the school size and scheduling requirements. More classrooms are then used with fewer students in each room, which really messes with space utilization — and if what DSU’s doing to the fall 2020 schedule in the name of space utilization is any indication, that’s not good.

As a Future of Working article points out, we don’t live in a society separated by sex. In the real world, men and women work side by side in most occupations and need to work together to make things work. Separating people by sex during their education can potentially stunt their communication skills and ability to work with the opposite sex.

In the same vein, same-sex learning environments take away from diverse ideas and perspectives. It can be useful to ask the opposite sex what they think and why they think the way they do so people can better understand each other and work to set aside differences. That method of integration strives to keep us all better educated.

In the real world, men and women work side by side in most occupations and need to work together to make things work.

Additionally, same-sex learning environments run the risk of promoting sexism and transphobia, and in 2020, that’s just ridiculous. The potential for sexism increases in same-sex settings since no one of the opposite sex is around to challenge stereotypes. And, obviously, separating people by sex doesn’t work for transgender people since no matter which setting they choose, someone is bound to object and make the experience physically or emotionally abusive.

My colleague used the rationale that “women mature faster than men” as a reason for separating schools by sex. Not only does that risk playing into a male inferiority complex, but it’s also a phrase that’s often used to excuse bad behavior. While it’s true that men mature slower than women, that shouldn’t be used as an excuse to let them get away with murder, and if both sexes are held to the same standards of behavior, the problem will likely weed itself out.

The same goes for all forms of systemic sexism, really. It won’t go away just because we separate people into groups; it goes away when we remind ourselves to hold each other to the same standards.

According to an article from the American Civil Liberties Union: “Creating sex-segregated schools and classrooms is a waste of time and effort that diverts resources from initiatives that actually will improve the education of both boys and girls… Moreover, these sex-segregated classes deprive students of important preparation for the real, coeducational worlds of work and family. Rather than offering choice, sex-segregated programs limit the education of both boys and girls.”

You read the con, now read the other side!