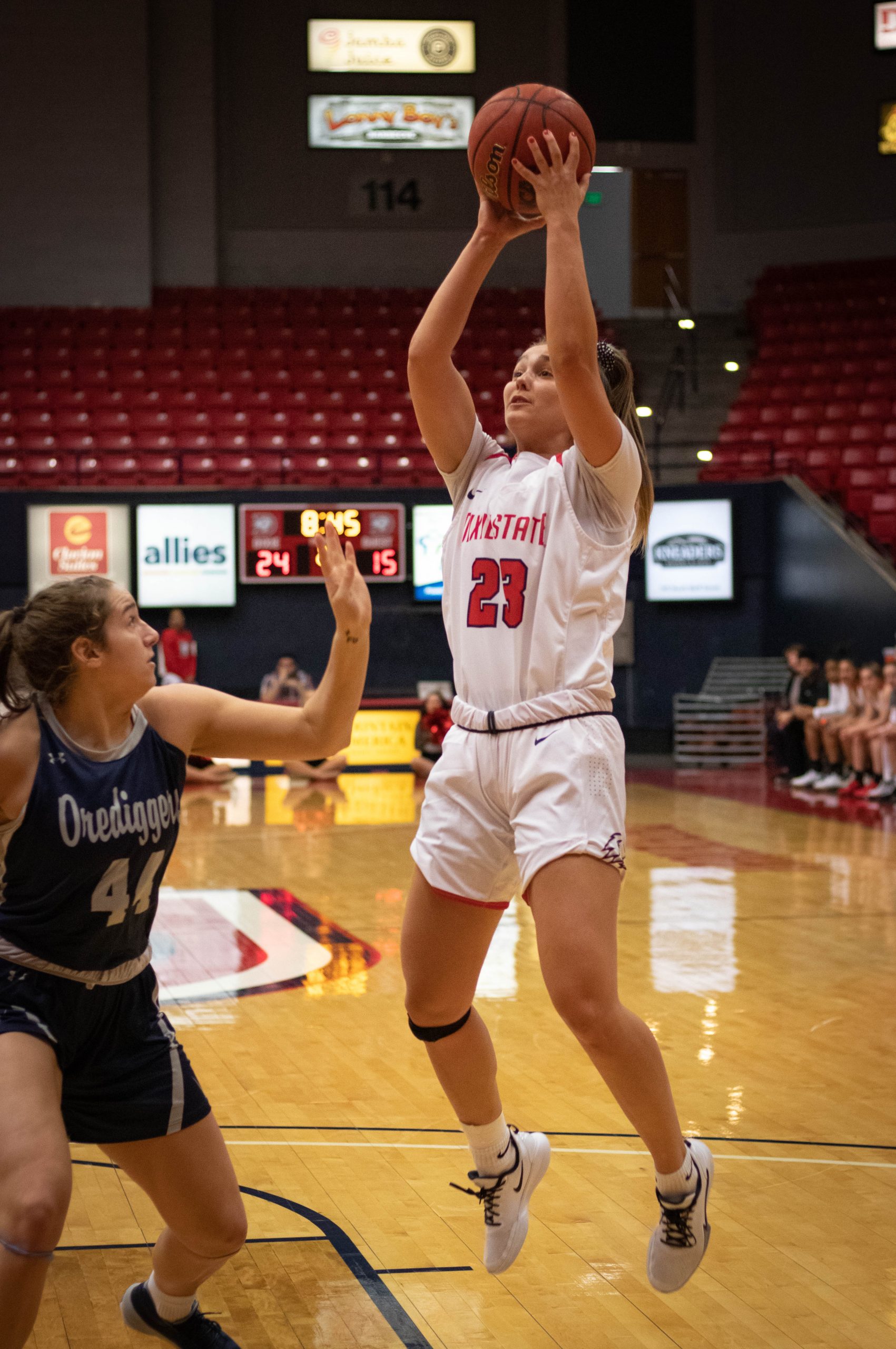 After the loss to the Mountain Lions, head coach JD Gustin said he needed to coach like the team got dominated at every aspect like it did against UCCS.

“The way I approached my team was different today and it paid off,” said Gustin. “I have to use that approach maybe every day, like we got our butts kicked by a team that is not as good as us.”

The women’s basketball team now stands at 9-4 overall with a 4-3 conference record. The Trailblazers are No. 6 in the Rocky Mountain Athletic Conference standings, according to the official RMAC website.

Forward Ali Franks, a senior communication studies major from Redding, California, had a big bounce-back game against CSM after her two-point performance against the Mountain Lions. Franks put up 27 points, shooting 71% from the field and 75% from behind the arc.

Franks said she was glad DSU got an opportunity to redeem themselves after their loss against UCCS.

“We got the chance to prove how we’re going to respond and I think we just proved that we’re not a good team, but we’re a great team,” Franks said.